According to the publisher, the game is about:

In Destroy All Humans! 2 – Reprobed, a faithful remake of the most acclaimed entry in the fan-favourite Destroy All Humans! franchise, our charming but evil alien invader Crypto (138!) will unleash his large arsenal of weapons onto five huge open-world areas: Bay City, Albion, Takoshima, Tunguska, and the Moon! Players will experience the swinging ‘60s in all its glory and deal with Hippies, the KGB, and many other threats. 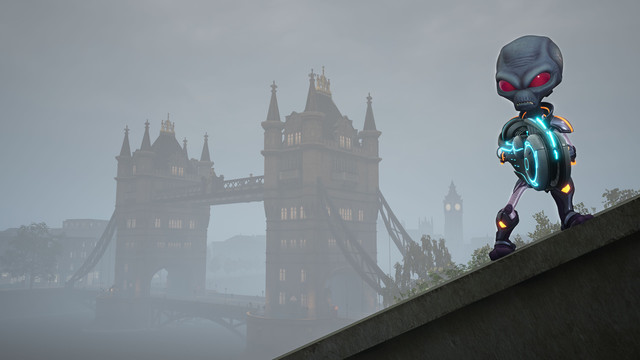 In the sequel, you’re playing as Cryptosporidium 138 (“Crypto” for short), who is the clone of Crypto-137. 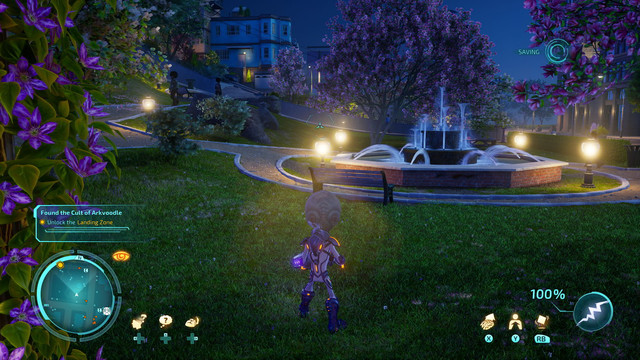 With the game being in the action-adventure genre, the game consists of you completing main objectives along with some side missions. Most of the main missions have you shooting up enemies or disguising Crypto as a human. 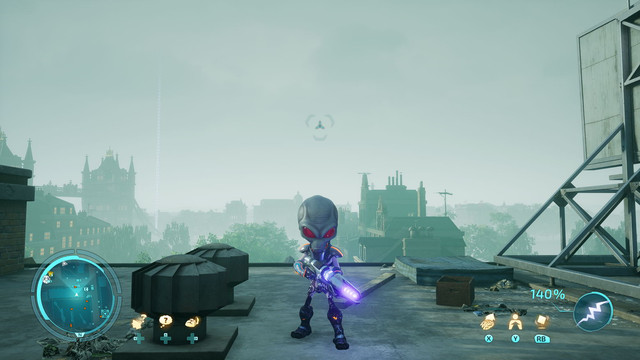 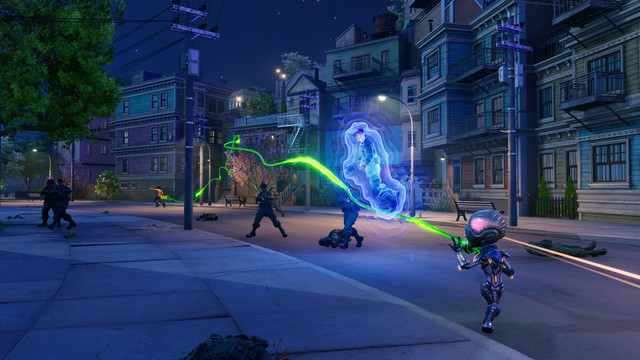 As you progress through the game’s story, you’ll be given more weapons to use. You’ll also get other abilities such as a psychokinetic that lets you levitate objects and people, a jetpack and a hoverboard which is especially useful for getting around the map at each level. 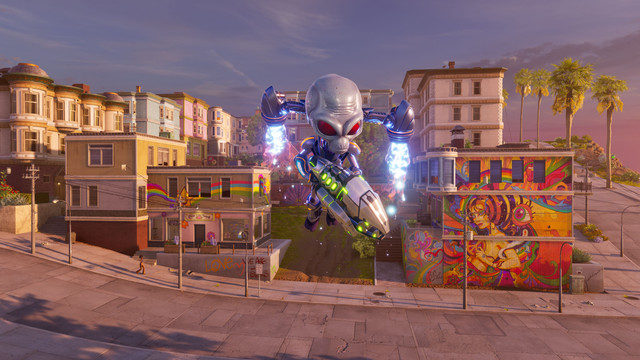 The game also gives you access to Crypto’s saucer which has its own set of weapons such as a death ray and tractor beam and more. You can even customize the saucer and Crypto with different skins in the game. 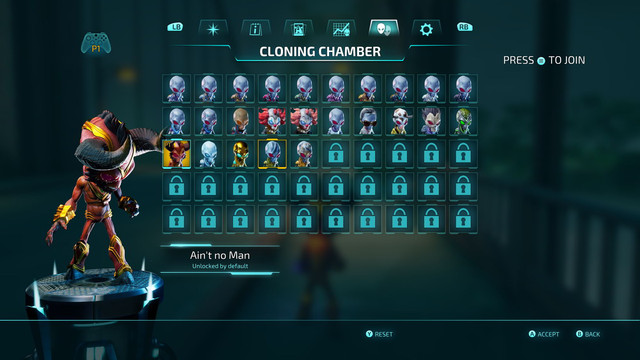 The game feature five locations including Bay City (aka San Francisco), Albion (aka London, England), Takoshima (aka Tokyo, Japan), Tunguska (aka Russia/U.S.S.R) and the Moon. 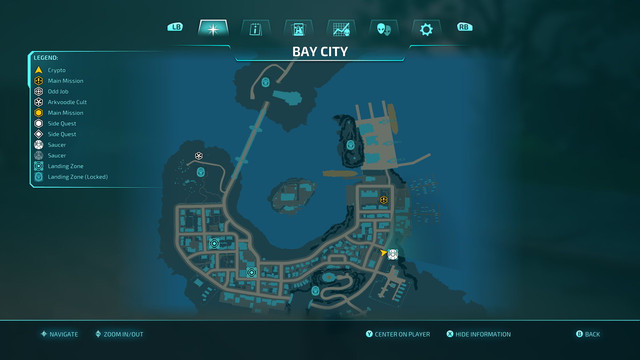 While it’s nice to travel to all these locations in the game, one downside is that the map in the pause menu doesn’t have a custom waypoint system. 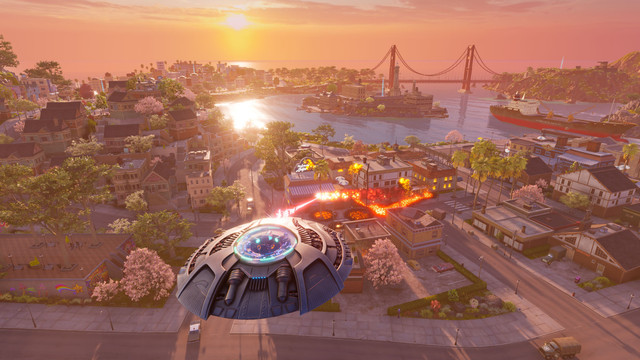 If you don’t want to partake in any of the game’s main missions, you can just choose to cause havoc with your weapons or terrorize everything with your saucer. 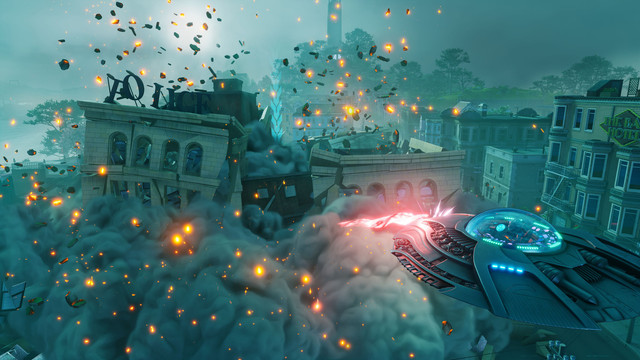 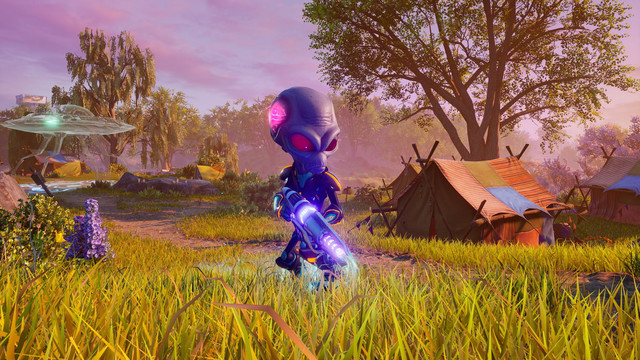 Like the 2020 remake of the first game, the sequel carries the cartoonish visual style. Crypto and some of the main characters in the game all have more visual details in their character models that add to the cartoony/realistic look of the game. 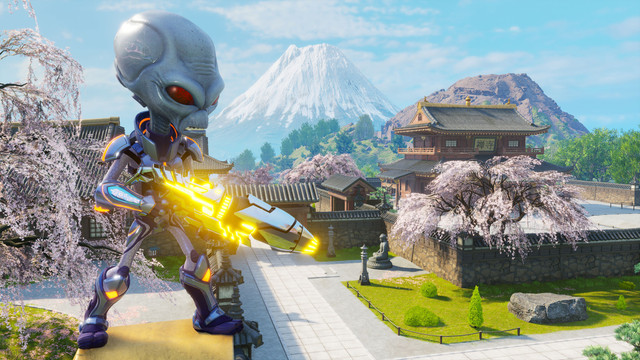 The game is running at 4K resolution at 60fps which makes everything feel smooth. What also helps is that the game is only launching on current-gen consoles (i.e Xbox Series X & S, PS5) and that helps with quicker load times.

All the buildings in each of the locations are detailed and look realistic and add to the overall visual fidelity of the sequel remake. 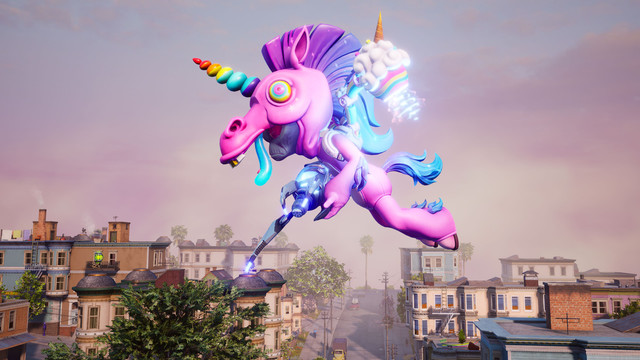 Destroy All Humans! 2 – Reprobed is a great remake of the original game that is a lot of fun to play.

An Xbox Series X review code of the game was provided ahead of launch by THQ Nordic.