When it comes to gaming headsets, one of the top brands has been SteelSeries with their Arctis series. Most recently, SteelSeries launched their latest top-of-the-line headset with the new Arctis Nova Pro Wireless. 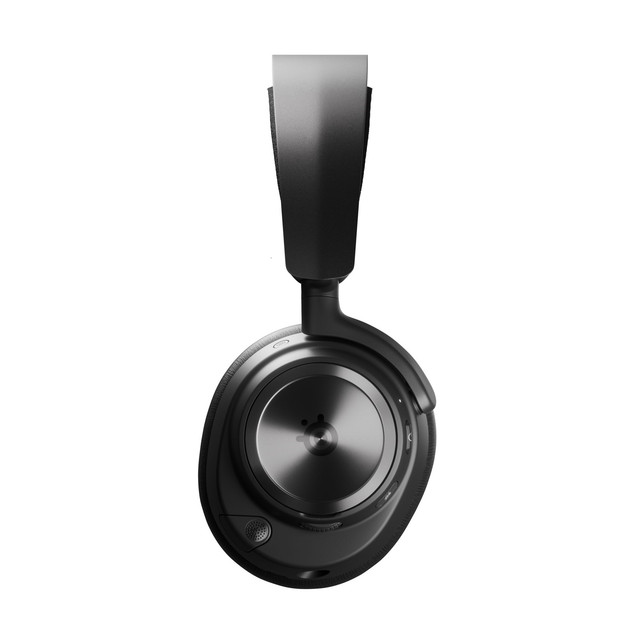 From the outside, the Arctis Nova Pro Wireless doesn’t look like a typical gaming headset. The headset seems more in line with over-the-ear Bluetooth headphones like ones from Sony or Bose.

The ear cushions on the headset are very comfortable and should be good for long gaming sessions. The earcups are also height adjustable and the headband uses what SteelSeries calls a stretchy comfort band. One thing that will be a dead giveaway that it’s a gaming headset is the retractable mic for voice chat. On the left earcup, there’s the 3.5mm jack, volume dial, power button (that also controls the ANC) and mic mute button. Under the left earcup, you’ll find a cover where the USB-C port is found. 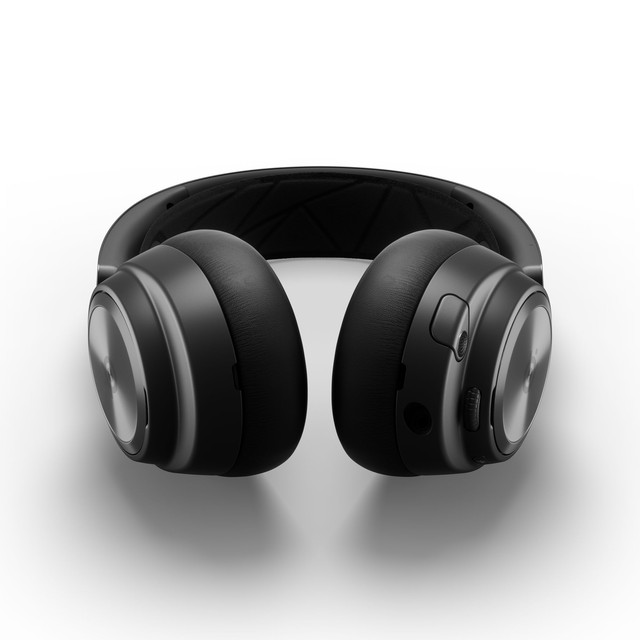 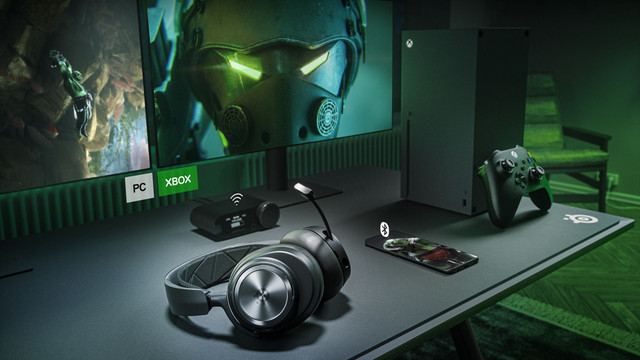 One cool feature of the Arctis Nova Pro Wireless is that you can connect via Bluetooth to your phone and also connect over 2.4Ghz to the USB receiver that is connected to your PC or console. This means you could have music playing from your phone and hear game audio and chat. 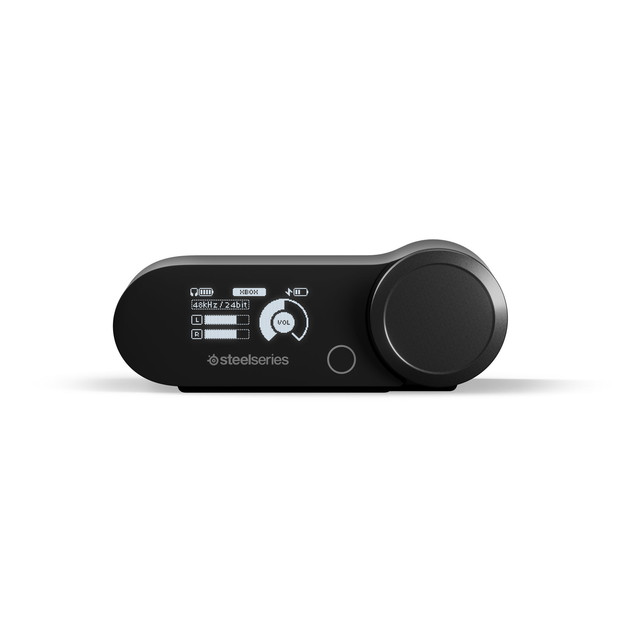 The included Wireless Base Station for the Nova Pro Wireless has two USB-C ports on the back and line-in and line-out ports. You can connect the USB ports to two of your gaming platforms of choice, whether that is an Xbox and a PC or Xbox and PlayStation or Switch and Mac. 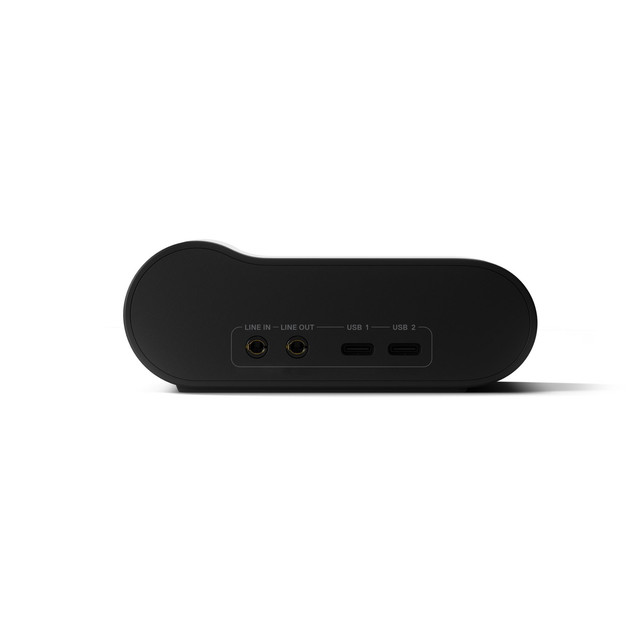 The Base Station is also where you can charge the other battery when it’s not in use and needs charging. Each battery is set to last up to 44 hours but can be slightly less if using Bluetooth & 2.4GHz. In my test, I had no issues in terms of battery life and if I did find my battery running low, I would just swap it to the other one. 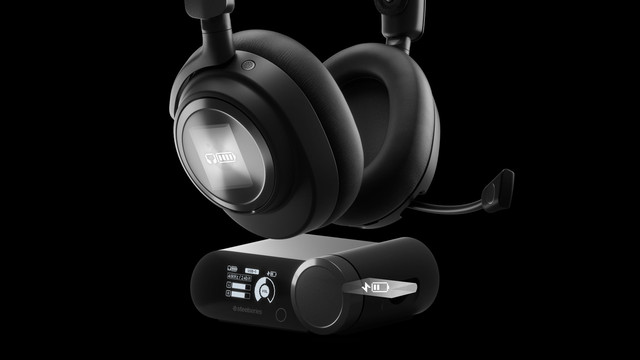 On the audio side of things, the Arctis Nova Pro Wireless uses 40mm Neodymium Drivers. The headset is also compatible with Microsoft Spatial Sound on WIndows and Tempest 3D audio for PS5. 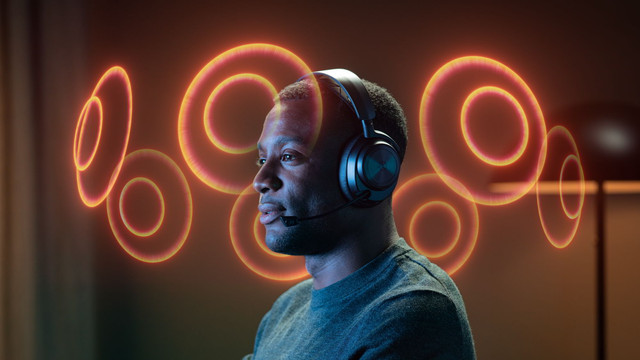 As mentioned earlier, pressing the power button controls the ANC. When you press it, the headset switches between ANC being on and Transparency Mode and vice versa. There is an audible set of beeps when switching between modes.

You can adjust the level of Transparency Mode by going into the Base Station’s settings under Audio Options, then Transparency Level.

In the box for the Arctis Nova Pro Wireless, you get the headset, Wireless Base Station, two batteries, two USB-C to USB-A cables, 3.5mm audio cable, two removable magnetic ear plates, mic pop filter and a cloth carrying case. At its current price, it would have been great to see SteelSeries include a proper carrying case instead of a cloth bag. 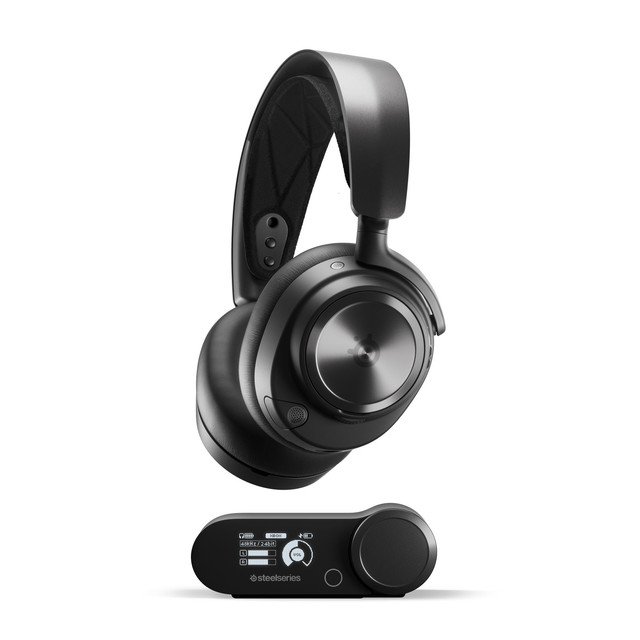 The Arctis Nova Pro Wireless comes in two versions, a standard one and an Xbox one, both are available from SteelSeries’ website for $449 CAD ($349 USD) but as of this writing (in June 2022), both are currently out of stock.

According to SteelSeries’ the main difference between the standard and Xbox versions of the headset is that the Xbox model has a dedicated Xbox USB-C port on the Base Station. This is mainly for the security settings on your Xbox to allow a headset to make a connection.

However, the headset is available from Amazon.ca and Best Buy Canada. 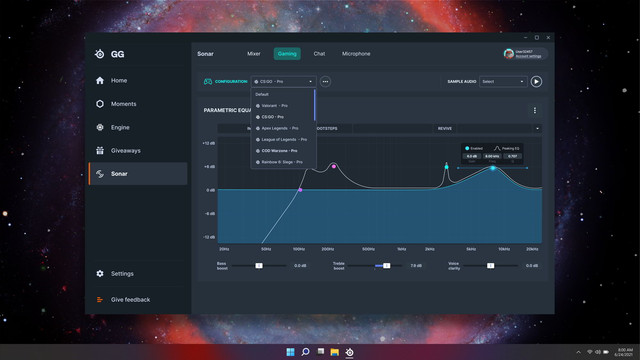 To make any deeper adjustments to the sound, you’ll need the SteelSeries GG app and the Sonar add-on for Windows.

With the Sonar section of the GG app, you can adjust things like EQ settings, Spatial Audio, Chat Levels etc.

On the Base Station, you can switch between USB inputs, and adjust audio options like gain, ANC and more.

As of right now, if you plan on using the Arctis Nova Pro Wireless with your smartphone, no companion app lets you make adjustments to the headset. The company says there are looking into bringing the Sonar features to other platforms in the future but currently it’s only available on Windows. 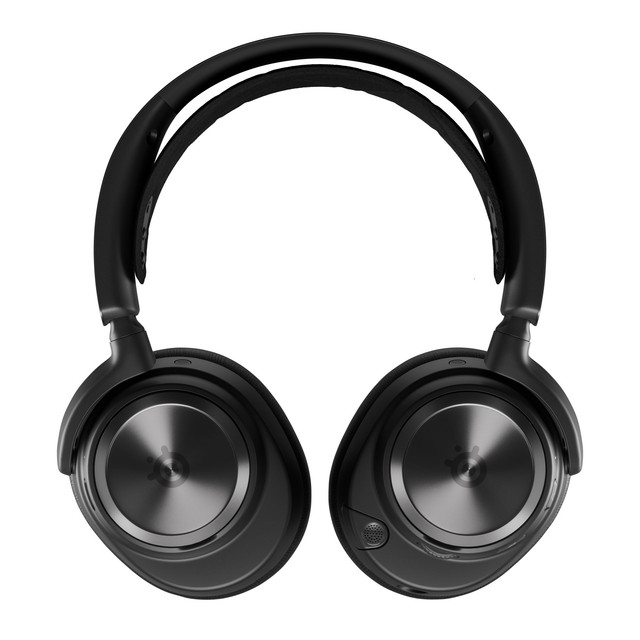 Overall, the SteelSeries Arctis Nova Pro Wireless is a great headset that not only works on PC but on other gaming platforms and even mobile. Plus having ANC and hot-swappable batteries helps you focus on your gaming sessions without distractions or worrying about battery life.