Disney has set a release for the upcoming Ms. Marvel series on Disney+

Marvel Studios’ Ms. Marvel is a new, original series that introduces Kamala Khan, a Muslim American teenager growing up in Jersey City. An avid gamer and a voracious fan-fiction scribe, Kamala is a Super Hero mega fan with an oversized imagination—particularly when it comes to Captain Marvel. Yet Kamala feels like she doesn’t fit in at school and sometimes even at home—that is, until she gets super powers like the heroes she’s always looked up to. Life gets better with super powers, right?

Following the Ms. Marvel series, Vellani will be reprising her role in the upcoming Captain Marvel sequel, The Marvels, along side Brie Larson and WandaVision‘s Teyonah Parris.

The series was created by Bisha K. Ali (Loki, Hulu’s Four Wedding and a Funeral) and serving as the show’s head writer. 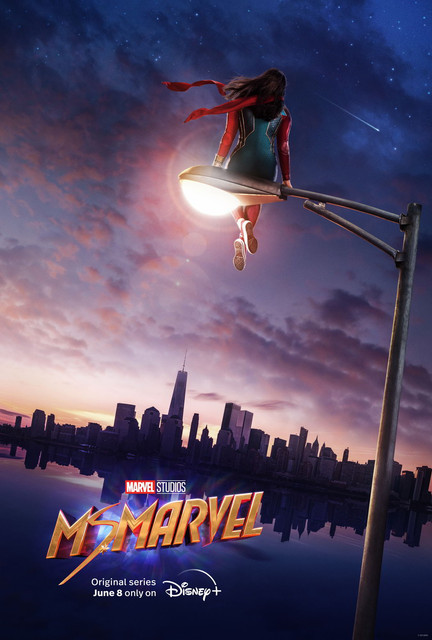