Both of the new Galaxy Book models share similar specs, each come with either a 13.3-inch or 15.6-inch AMOLED display. The screen resolution on both display size is Full HD (i.e 1920 x 1080). 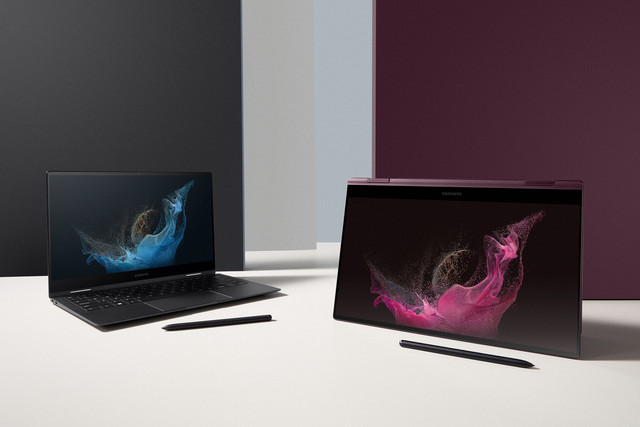 Powering the new Galaxy Book2 is the 12-th Gen Intel processors with options including an i3, i5 and i7 as well as Intel Iris Xe graphics on the higher end models.

Samsung is claiming up to 21 hours of battery life on the new Galaxy Book2 models but that can vary depending on usage. 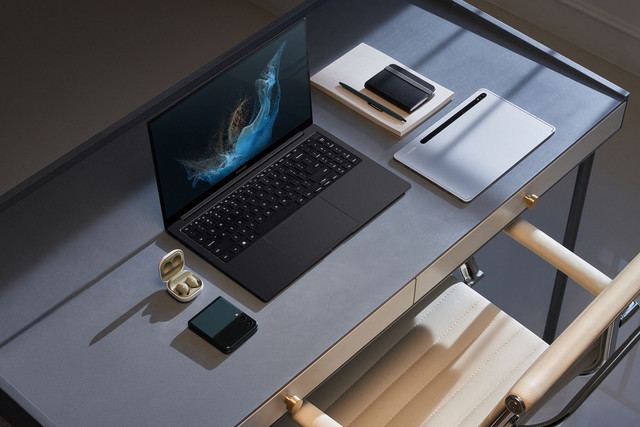 Storage is a 1TB NVMe SSD along with up to 32GB of LPDDR5 RAM. All models feature a fingerprint sensor on the power button, Wi-Fi 6E support, Blueooth 5.1 and are running Windows 11. 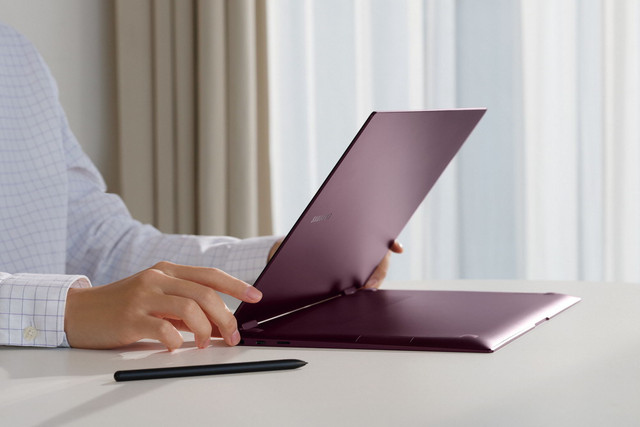 In some markets, Samsung will be offering 5G versions of the Galaxy Book2 Pro. 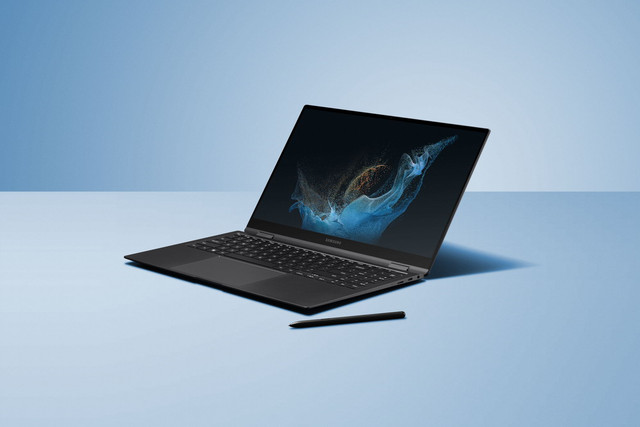 For ports on the Pro, there’s one Thunderbolt 4, one USB-C, one USB 3.2, microSD card slot and a headphone jack. The 15-inch Pro adds a HDMI port.

The Pro 360’s ports has one Thunderbolt 4, two USB-C, microSD card slot and a headphone jack. 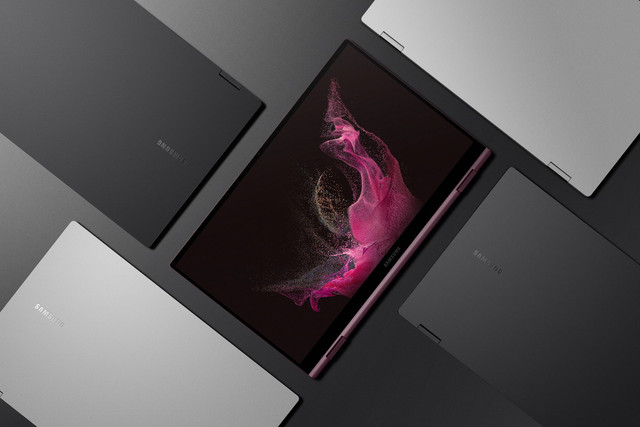 Colour options for the Pro 360 include Silver, Graphite and Burgundy. The Pro gets just Silver and Graphite options. 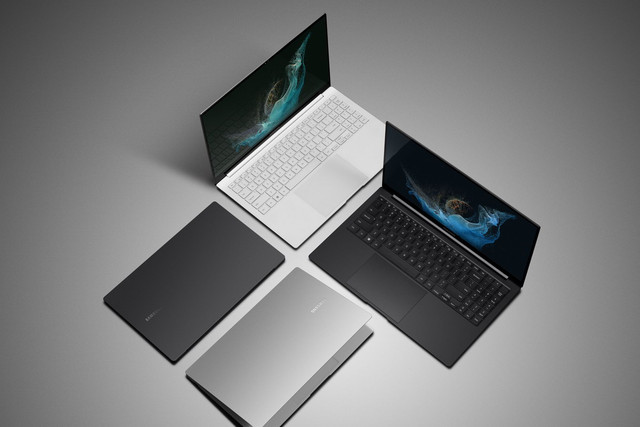