It’s been just over a year since Sony launched PlayStation 5 and it’s been selling like crazy but is still hard to get (just like the Xbox Series X).

However, if you do find yourself with PS5 but need some accessories to accompany it, here are some of our picks. 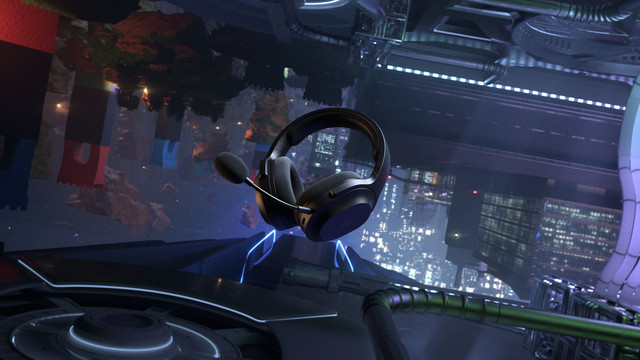 For those with multiple consoles like the PS5, PC or even an Android phone, the Razer Barracuda X can be used on all of those devices. The headset connects wirelessly via a USB-C dongle or wired using a 3.5mm cable. 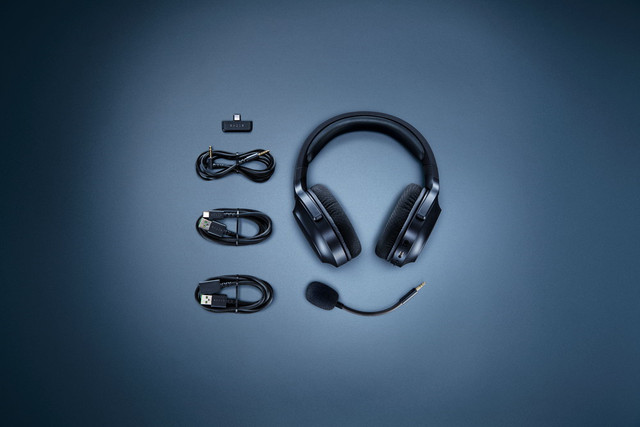 The Barracuda X features 40mm Razer TriForce drivers, FlowKnit Ear cushions for added comfort and a detachable mic. When using the headset on PS5, you can use the Tempest 3D AudioTech on the console. 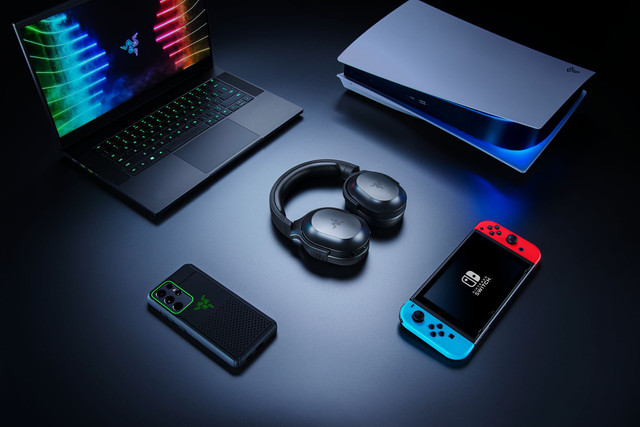 This audio technology is basically an immersive audio feature and Sony’s answer to Dolby Atmos.

The Barracuda X is available now from Razer’s website for $139 CAD and comes in three colours, Black, Mercury and Quartz. 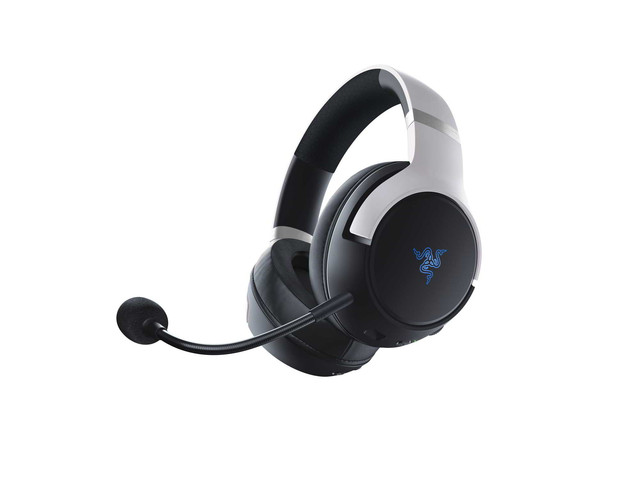 Both headsets feature a black and white colours scheme like the PS5 console as well as TriForce Titanium 50mm Drivers and a HyperClear Cardioid Mic. 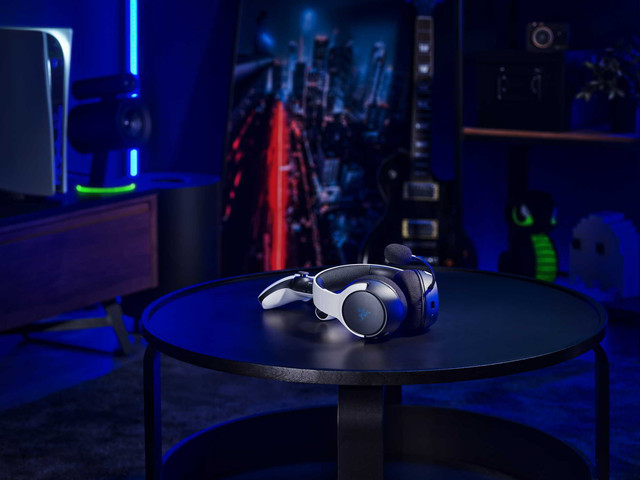 Like the Barracuda X, the Kaira lineup uses a USB-C dongle to connect to the PS5. You can also connect both headsets to your phone via Bluetooth.

What makes the Kaira Pro different from the standard Kaira is the inclusion of Chroma lighting and Razer’s HyperSense technology that puts haptics in the headset. 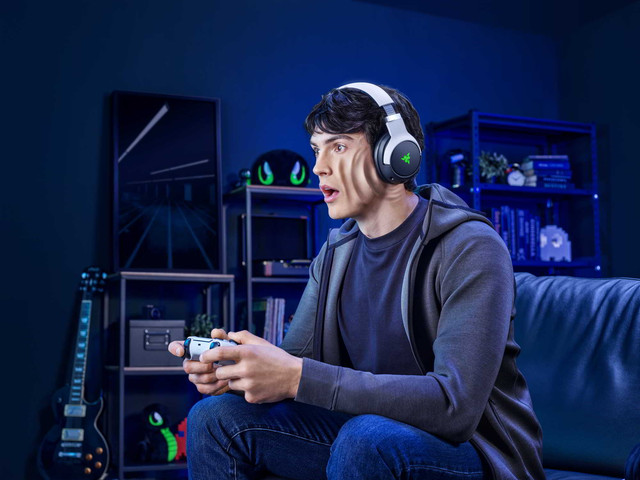 Battery life on the Kaira Pro is up to 20 hours with the Chrome lighting and haptics on and about 50 hours with everything off.

The Kaira Pro and Kaira for PlayStation are available now for $249 CAD and $129 CAD respectively from Razer’s website. 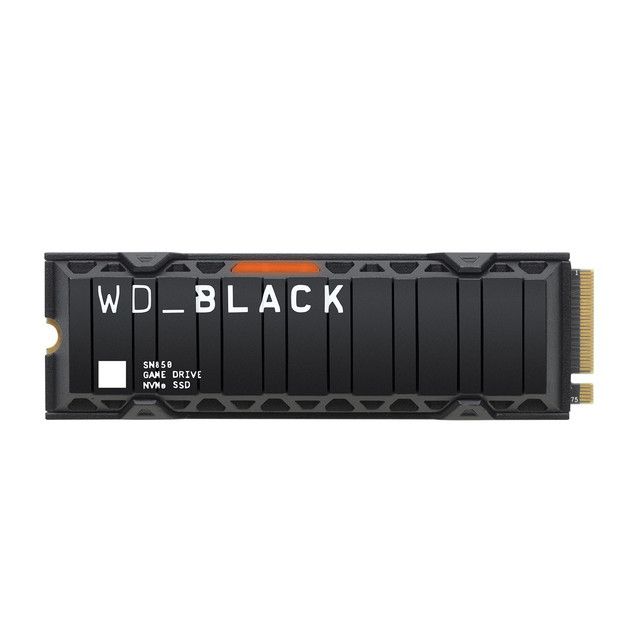 One of the big benefits of the newest generation of consoles is thanks to the switch to internal SSDs for even faster load times. And while the PS5 came with a custom 825GB NVMe SSD, the actual storage space available for the user was about 665GB, which can fill up quickly thanks to newer games.

Thankfully, Sony has updated the PS5 in the last few months to let users add another M.2 NVMe SSD to expand their console’s storage. Not every SSD will work as it needs to be a PCIe Gen4 M.2 NVMe, have a sequential read speed of 5,500 MB/s or faster, have a heatsink (either pre-installed or installed by the user) and a minimum of 250GB. 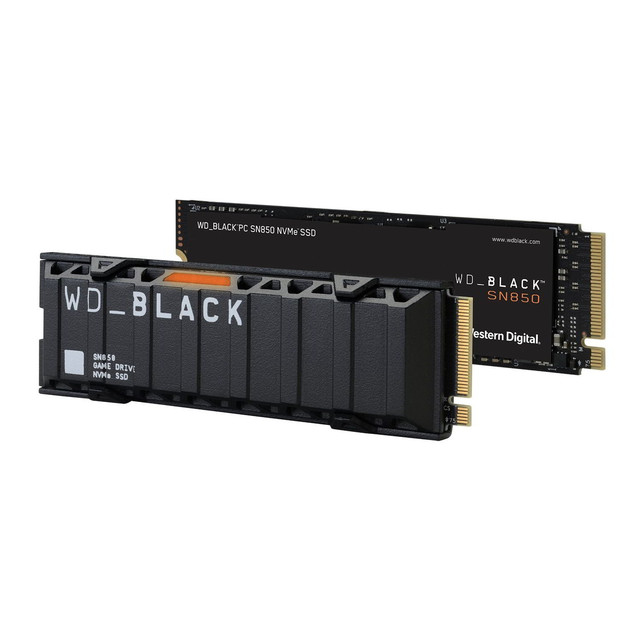 One compatible option is the WD_Black SN850 SSD, which brings 7,000MB/s read speeds and 5,300MB/s write speeds. The SSD comes in several storage options including 500GB, 1TB and 2TB. 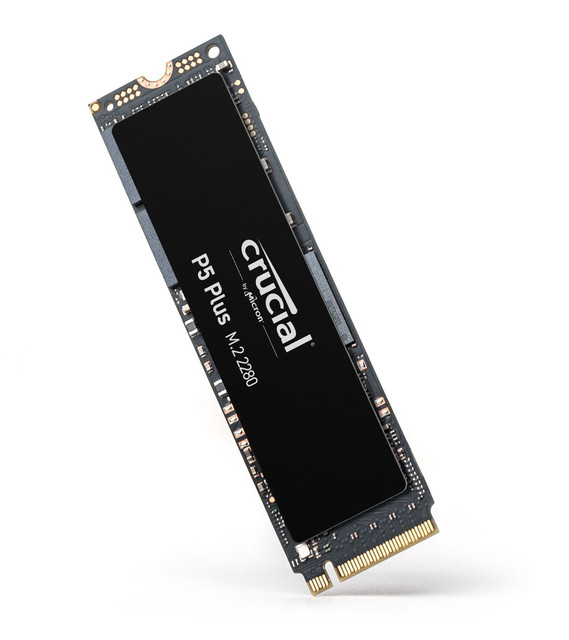 For a slightly more budget-friendly option to upgrade your PS5’s storage, there’s the Crucial P5 Plus. The SSD offers 6,600 MB/s read and 5000 MB/s write speeds.

Crucial’s P5 Plus SSD doesn’t have a heatsink pre-installed, so you’ll need to buy one and attach it yourself.

Since PS5 only comes with one of its DualSense controllers, you might be needing a second one, especially if you’ll be playing locally with friends and family on your console.

Also since the PS5’s launch, Sony has added multiple colour options of the DualSense including, Midnight Black, Cosmic Red and most recently Starlight Blue, Nova Pink and Galactic Purple.

Newer DualSense controllers usually retail for $94 CAD at launch and later on can be found for $89 CAD for lower. The controllers do go on sale, so do keep an eye out on places like Amazon for a deeper discount on a new colour.

The DualSense controller is available at all retailers that carry the PS5 console such as Amazon.ca, Best Buy Canada, Walmart Canada, Costco.ca and GameStop Canada. 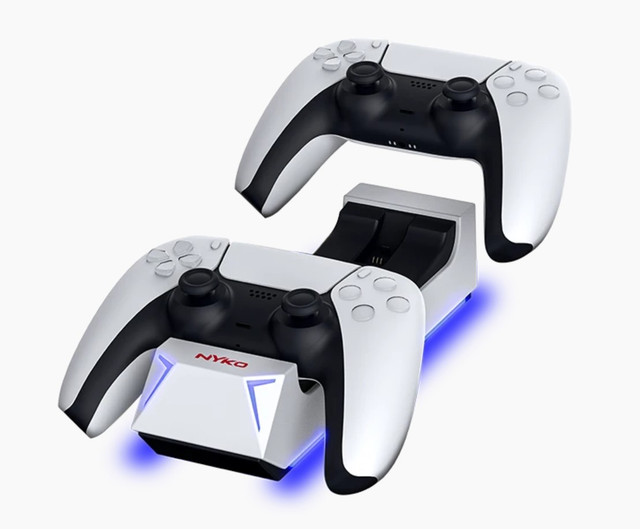 If you have multiple DualSense controllers, then you’ll want a charger that can charge them all. That’s where something like the Nyko Charge Base Dual comes in.

The charger can charge two DualSense controllers with an additional USB-A port on the back for charging other accessories at the same time. To use the charger, you attach the included adapter into the DualSense’s USB-C port and then connect the charging contacts to the Nyko charging base.

The Nyko Charge Base Dual is available now for $30 CAD from Amazon.ca. 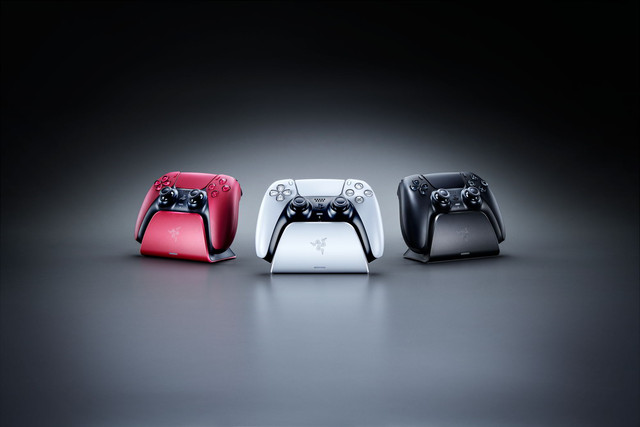 For those that just have one DualSense controller to charge, there’s the Razer Quick Charging Stand. 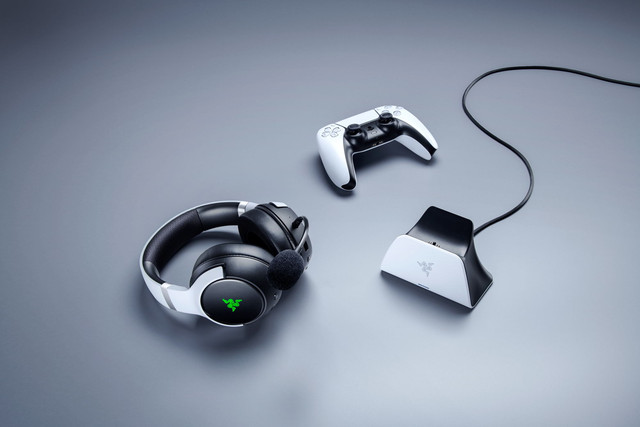 As the name implies, the Razer Quick Charging Stand can quickly charge your DualSense in under 3 hours. It also comes with built-in overcharge protection to keep it from overheating. 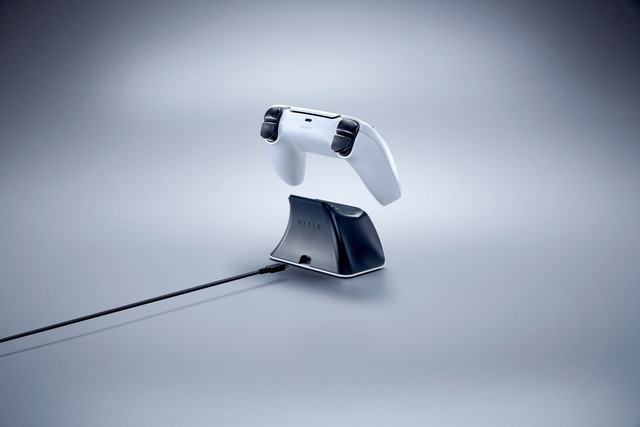 The charger uses a USB-C cable and can be powered by your PS5 or a wall plug.

The Razer Quick Charging Stand comes in three colours, Black, White and Red and retails for $50.99 CAD from Razer’s website. 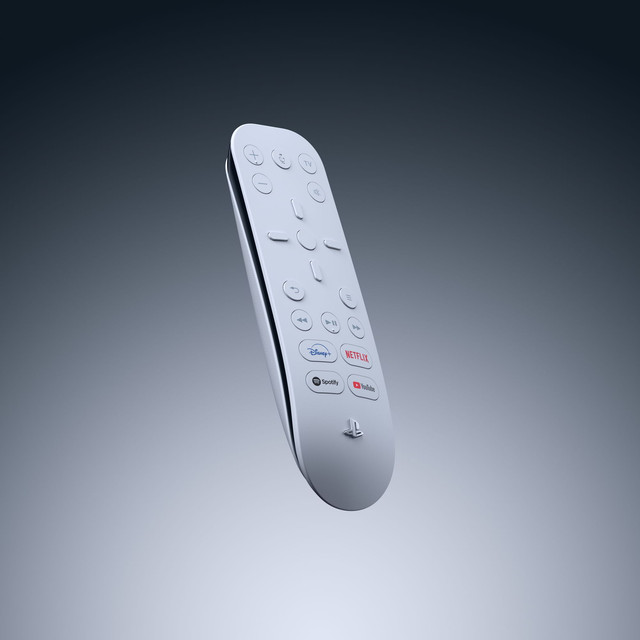 While the PS5 is a great games console, it can also be used as a media player for Blu-rays (if you have the disc PS5) or streaming services. That’s where the Media Remote comes in. 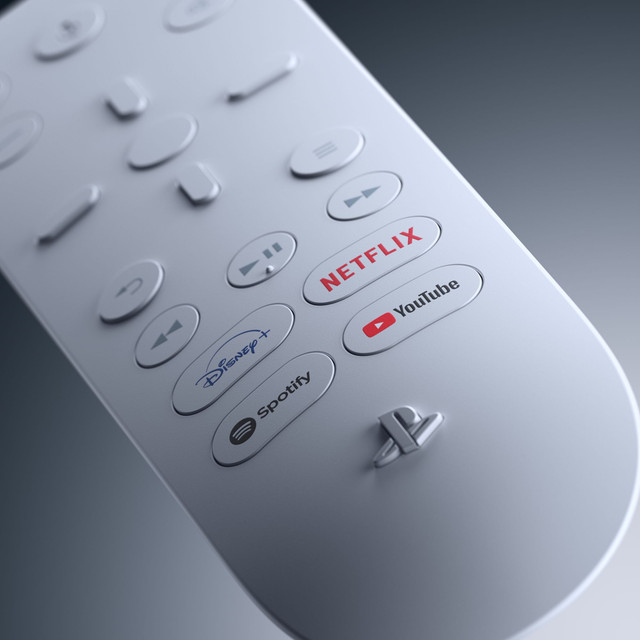 To add a bit more customization to your PS5, Sony has recently launched official Console Covers for their console.

However, as of publishing this guide (in February 2022), Sony has only launched the Midnight Black and Cosmic Red with the Nova Pink, Starlight Blue, and Galactic Purple Console Covers set to launch in the first half of this year. 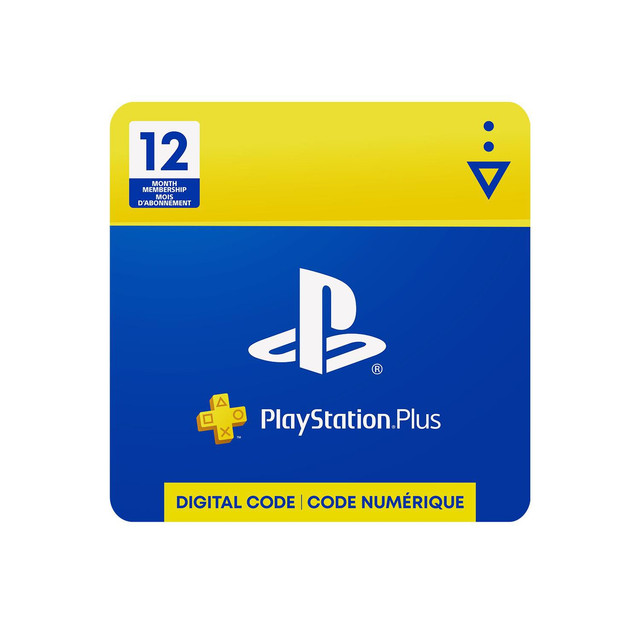 For those planning on playing online multiplayer on your PS5, you’ll need a PlayStation Plus subscription. Beyond that, PS Plus subscribers also get a few free games per month, exclusive discounts, 100GB of cloud storage for saving files and Share Play support.

Getting a PS Plus subscription on the PS5 brings a couple of additional benefits including the PlayStation Plus Collection, where you’ll be able to play 20 PS4 games “that defined the generation”. 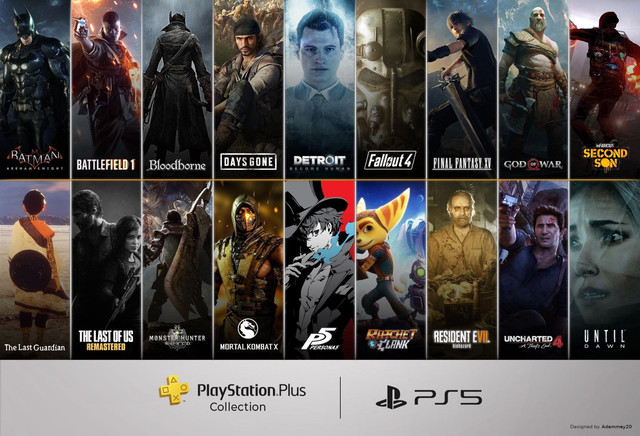 Games included in the PS Plus Collection are:

The PS Plus Collection is perfect for those that might have missed out on some PS4 exclusives since they didn’t have a PS4 in the previous console generation.

Another PS Plus benefit on PS5 is Game Help, so in a select number of titles, you can bring up “the tactics you need to get yourself out of a tight spot, how to find that hidden artifact or finally beat the boss that’s been holding you up.”

You can usually find discounted digital codes for the 12-month and 3-month on sales for Black Friday. And sometimes, Sony offers the 12-month for as low as $39.99 CAD.