Over the past couple of years, smart displays have come in all sorts of shapes and sizes including as small as Lenovo’s latest Smart Clock 2.

The processing power in the Smart Clock 2 hasn’t changed, the new device is still being powered by the Mediatek 8167S processor with 1GB of RAM and 8GB of internal storage.

On the top of the device, you’ll find the volume controls and around the back is the mic mute switch. The Smart Clock 2 now comes bundled with a wireless charging dock that supports up to 10W speeds (and MagSafe compatible) and a USB-A port on the back.

The wireless charging dock for the Smart Clock 2 connects via pogo pins and also features a built-in night light. While it’s nice to have the night light, I did have some issues with it. 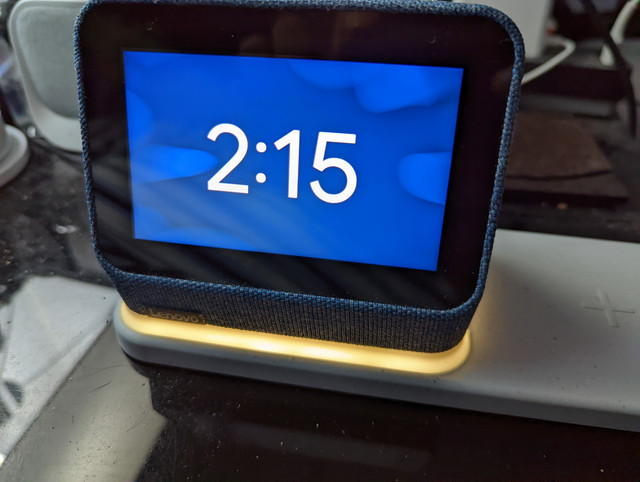 On the first review unit that Lenovo sent, the night light on the dock would randomly light up during the night even though no voice commands were issued to turn it on. Lenovo was then kind enough to send a replacement review unit and in the first few days, the issue didn’t occur but after a while, the same night light still occurred.

At least the nice thing is that you can easily detach the Smart Clock 2 from the dock at any time. 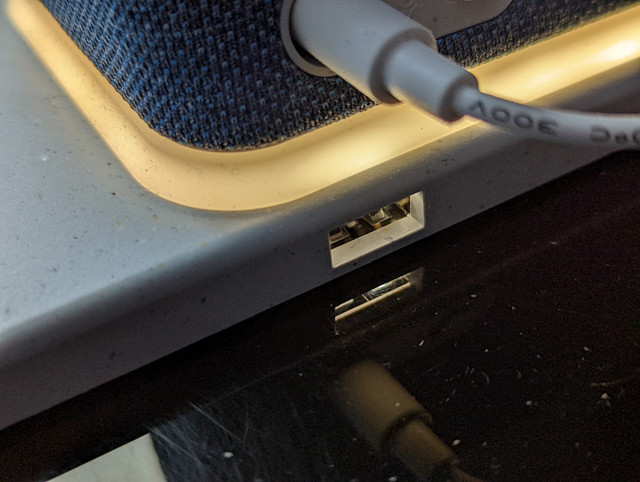 Other specs of the Smart Clock 2 include Bluetooth 4.2 and Wi-Fi, Farfield mic array and 1.5-inch 3W front-firing speakers.

The speakers on the Smart Clock 2 sound about the same as the original Smart Clock with no noticeable improvements to sound quality. The speakers are decently loud when waking up to alarms.

The Lenovo Smart Clock 2 is available now from the company’s website for around $99 CAD for just the smart display and $119 CAD for the Smart Clock 2 and wireless charging dock. 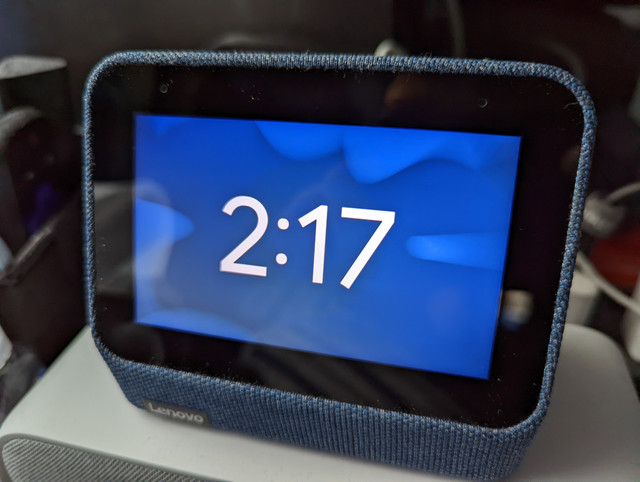 Like the original Smart Clock, the new one is running Google’s Android Things platform. This software platform is basically designed to run on IoT (Internet of Things) devices like smart displays etc. 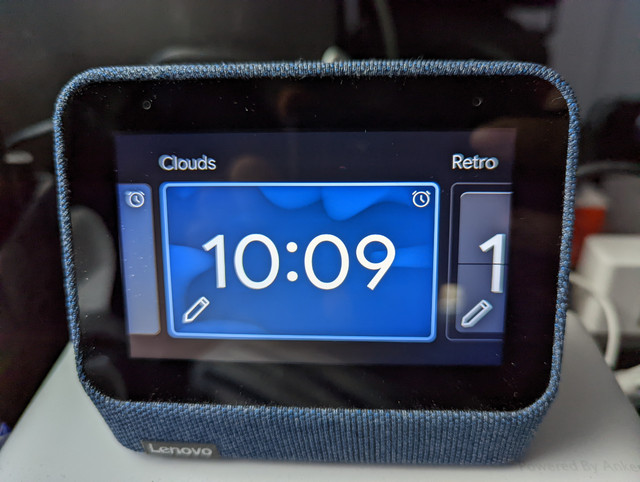 If you’ve used a Google Assistant-powered Smart Display before, then the interface on the Smart Clock 2 will feel very familiar. The main screen shows the clock face you’ve chosen. 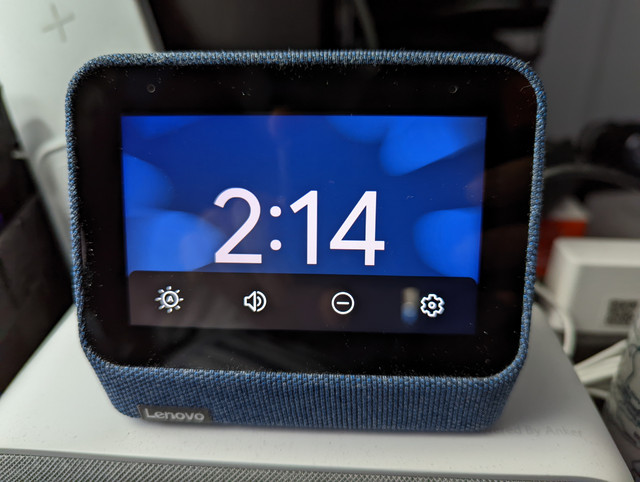 Swiping up shows you quick controls like brightness, volume, do not disturb and settings. Swiping down shows you other controls like Set Alarm, Nap Timer, Play Music, Turn On/Off Night light. 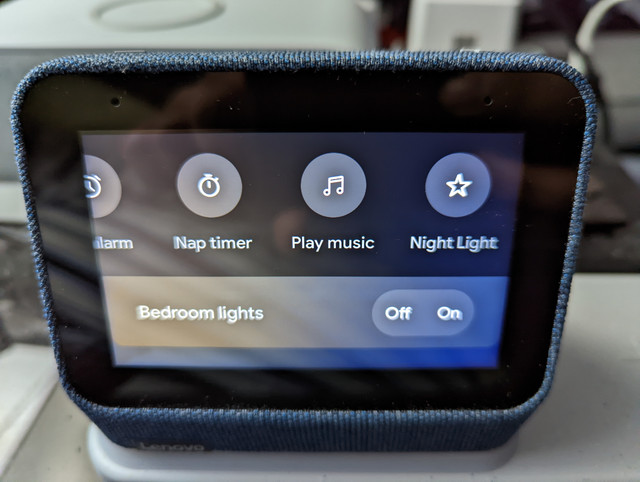 When you ask a question on the Lenovo Smart Clock 2, you’ll get a visual response. So if you ask for the weather, it’ll show you a little animation. However, since the display is on the smaller side, for any questions you ask the Google Assistant, you’ll only get a voice response.

You also won’t be able to watch videos on the Smart Clock 2 because of its tiny screen.

Overall, the Smart Clock 2 is a nice incremental update to the original but still has its limitations.