Apple has unveiled two new versions of the MacBook Pro what the new 14-inch and 16-inch models.

“We set out to create the world’s best pro notebook, and today we’re excited to introduce the all-new MacBook Pro with M1 Pro and M1 Max — a game-changing combination of phenomenal performance, unrivaled battery life, and groundbreaking features,” said Greg Joswiak, Apple’s senior vice president of Worldwide Marketing. “The all-new MacBook Pro adds a breathtaking XDR display, more ports like MagSafe 3, an advanced 1080p camera, and a sensational six-speaker sound system, all in a stunning new design. The new MacBook Pro simply has no equal and is by far the best pro notebook we’ve ever built.” 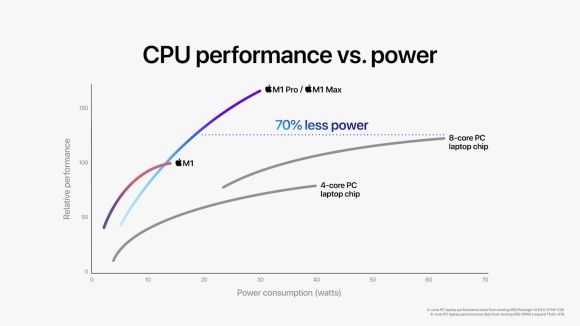 The laptops are powered by the new M1 Pro chip which has a 10-core CPU, 8-core GPU and 200 GB/S of memory bandwidth.

For ports, both models have Three Thunderbolt 4 ports, an HDMI port, SDXC card slot and a MagSafe 3 port. There’s also fast charging support to get you up to 50 percent in just 30 minutes. 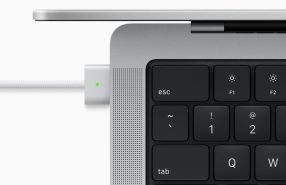 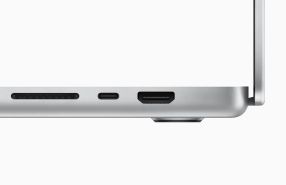 The M1 Max-powered 16-inch MacBook Pro can be configured with up to 64GB of RAM.

All the new MacBook Pro models are up for pre-order today and ship on October 26th.

In addition to the new MacBooks, Apple also introduced the third gen version of their AirPods.

The new AirPods are still powered by the H1 chip but now feature a new contoured design and supports spatial audio.

Battery life on the new AirPods is around six hours with four hours of talk time. Five minutes of charging gets you an hour of battery life.

The new AirPods’ case has MagSafe support to use with that ecosystem.

Apple also introduced a few new colours of the HomePod Mini including yellow, orange and blue.

“HomePod mini sounds incredible, and with access to more than 90 million songs in the global Apple Music catalog and deep integration with your Apple devices, it’s the must-have smart speaker for iPhone users,” said Bob Borchers, Apple’s vice president of Worldwide Product Marketing. “With new vibrant colours, HomePod mini fits in even more places and delivers amazing sound, the power of Siri, and simple and secure smart home controls, all while protecting your privacy.”

The new HomePod Mini colours are available now for $129 CAD.