Frontier Developments has announced a sequel to their 2018 game with Jurrassic World Evolution 2.

According to Frontier, the sequel will have a new narrative in the campaign mode that takes place after the events of Jurassic World: Fallen Kingdom.

This time around, you won’t be limited to Muertes Archipelago, the set of islands featured in the films. You’ll be taken to new locations and biomes such as forests, deserts with new terrains to master.

There should be 75 prehistoric species featured in the game including flying and marine reptiles. Each creature will have new ways to interact with the world around them and with each other and the player. 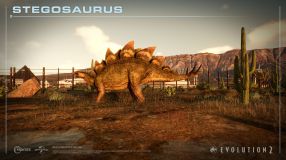 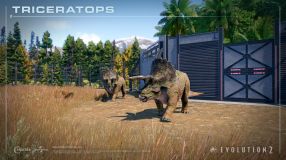 The story will include cast members from the film series such as Dr. Ian Malcolm (voiced by Jeff Goldblum) and Claire Dearing (voiced by Bryce Dallas Howard), both who appeared in the first game.

Beyond the Campaign, there’s three other modes such as Sandbox mode which gives you unlimited resources and money to create the perfect park.

Chaos Theory mode which takes iconic momems from the Jurassic World films and lets players “strive to make their own mark and change the course of event.” And there’s also a Challenge for players looking for some difficulty.