The earbuds feature a built-in Bragi operating system that uses embedded AI for hands-free gesture controls. So you can use Bragi Moves to accept incoming calls by nodding and playback controls.

Battery life on the T5 II ANC earbuds is up to 7 hours with ANC off and 5 hours with ANC on. There’s an additional 15-21 hour from the charging case that has USB-C and wireless charging.

Just like the original T5 II earbuds, the new ANC model has a McClaren Edition that comes with papaya orange accents, carbon fibre. 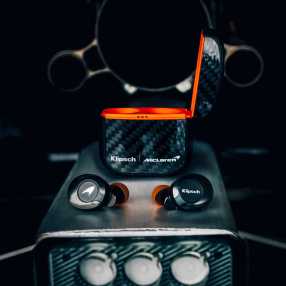