Disney has announced more details about some of the upcoming Marvel shows and films in 2021 and beyond.

The first Marvel show for Disney+, WandaVision is debuting on January 15th.

Then The Falcon and The Winter Soldier will be released on March 19th.

The the Loki series will be coming on June 11 (previously announced for May), follwed by What if…? in the summer.

The upcoming Ms.Marvel series staring Iman Vellani (a fellow Canadian) as Kamala Khan is set for a late 2021 release.

Jeremy Renner returns as Hawkeye in the upcoming Disney+ series along with Hailee Steinfeld as Kate Bishop. The Hawkeye Disney+ is set to launch in late 2021.

She-Hulk is an upcoming comedy series for Disney+ with Tatiana Maslany in the title role. Mark Ruffalo will be appearing as the Hulk and Tim Roth will appear as the Abomination in the series.

Secret Invasion is an upcoming series for Disney+ that sees Samuel L. Jackson returning as Nick Fury and Ben Mendelsohn as the Skrull Talos.

Ironheart stars Dominique Thorne as Riri Williams, ” a genius inventor who creates the most advanced suit of armor since Iron Man.”

Guardians of the Galaxy Holiday Special is coming in late 2022 and is written by director James Gunn.

I Am Groot is a series of original shorts coming to Disney+ staring baby Groot.

Black Widow is set to hit Disney+ and theatres on July 9, 2021. Shang-Chi has shifted its current release date to September 3, 2021, and Eternals is sticking with its November 5, 2021 date.

The sequel to Captain Marvel will see Brie Larson return to the title role. Iman Vellani’s Ms. Marvel will also be appearing in the film.

Sam Raimi is set to be the director of Doctor Strange In The Multiverse of Madness, coming March 25th, 2022. The film features Benedict Cumberbatch, Elizabeth Olsen, Benedict Wong, Rachel McAdams and Chiwetel Ejiofor. Xochitl Gomez will be playing America Chavez

Thor: Love and Thunder has been pushed from February 2022 to May 6th, 2022. Christian Bale joins the cast as the villain Gorr the God Butcher.

Black Panther: Wakanda Forever has shifted release dates to July 8th, 2022 and directed by Ryan Coogler. The film will not be recasting the character in order to honour the late Chadwick Boseman.

Ant-Man and The Wasp: Quantumania is the third installment by Peyton Reed and sees Paul Rudd as Scott Lang/Ant-Man, Evangeline Lilly as Hope Van Dyne/Wasp, Michael Douglas as Dr. Hank Pym, and Michelle Pfeiffer as Janet Van Dyne. Kathryn Newton will be joining the film as Cassie Lang and Jonathan Majors will be playing Kang the Conqueror.

Ant-Man and The Wasp: Quantumania hits theatres on February 17th, 2023.

Guardians of the Galaxy Vol. 3 is set for a May 5th, 2023 release with James Gunn at the helm.

Spider-Man: Homecoming & Far From Home director, Jon Watts is directing a Fantastic Four film for the MCU. No release date has been announced but it’ll probably be a 2024 release at the earliest.

Update – May 3rd, 2021: Disney has updated their Marvel Phase 4 film release schedule including revealing the official titles for the Black Panther and Captain Marvel sequels. 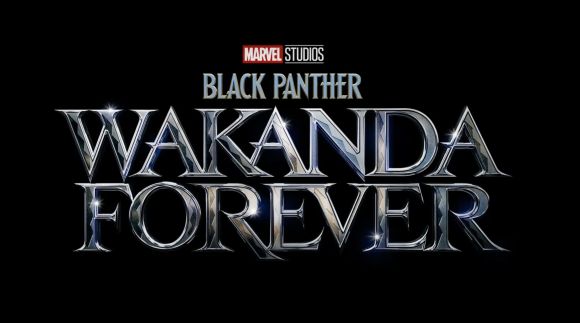