Since its introduction back in 2014, Amazon’s main Echo speakers have taken the form of a cylindrical tube but for the 4th Gen version of their Echo, Amazon has gone for a more spherical direction for their speaker.

As mentioned earlier, gone is the Pringle-can like the design of past Echo devices. And in with the spherical Magic Eight Ball design. Amazon not only gave the Echo this new design but both the new Echo Dot speakers feature it too.

At first glance of the speaker, it looks like Amazon took the design of Google’s defunct Nexus Q device and ran with it. That being said, the new design of the 4th Gen Echo looks great but it does take up more surface area than before.

On the outside, you’ll find part of the speaker covered in fabric like the recent Nest Audio. The top of the Echo features volume buttons, a mic mute button and an action button to activate Alexa. If you have any alarms set, you can tap the top of the Echo to snooze it but I found that didn’t work well. 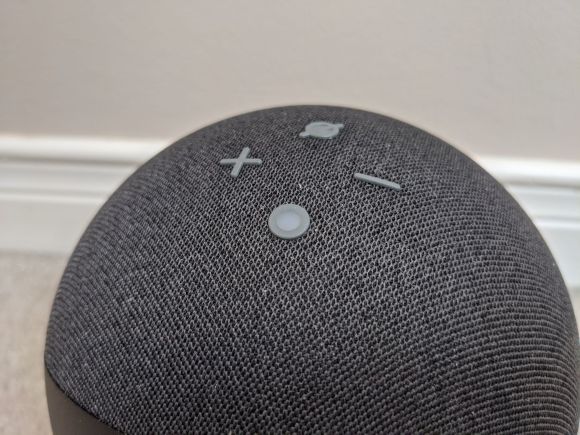 Around the back, you’ll find the power port and an aux port for connecting to external speakers or line in. The bottom of the speaker is where you’ll find the ring light that shines blue when talking to Alexa and glows red when the mic is muted. 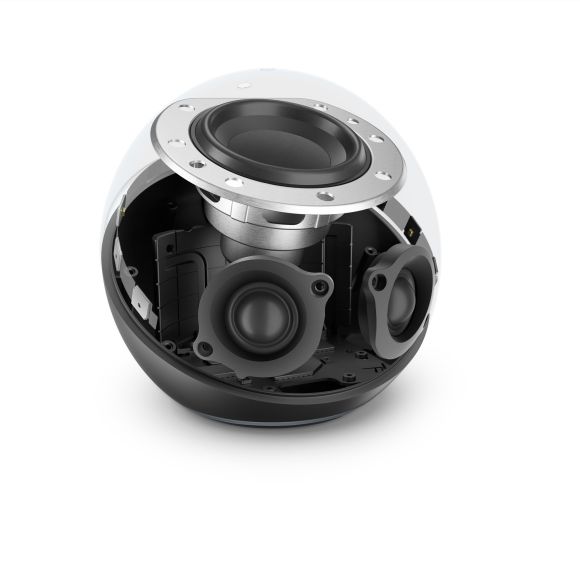 Despite the relatively small size of the Echo, the speaker can get fairly loud and literally fill a room. The sound of the speaker is on part with the Nest Audio but it was slightly lacking in bass.

The speaker can automatically sense the acoustics of your space and fine-tunes audio playback.

The new Echo also has a built-in Zigbee Hub and Temperature sensor, so it can control your other smart home products including items like an HP Printer.

The Temperature sensor is helpful to show you what the current temperature in a specific room is or to make routines based on it.

The device is also made from 100% post-consumer recycled fabric, 100% recycled die-cast aluminum and the box is made entirely from responsibly managed forests or recycled sources.

Just like past Echo devices, the new Echo has far-field microphones that allow you to talk to Alexa from a distance. However, I did come across some issues where I would say Alexa and the Echo would not respond at all, even when there was no music playing.

The Echo (4th Gen) comes in a number of colours including, Charcoal, Glacier White, and Twilight Blue. 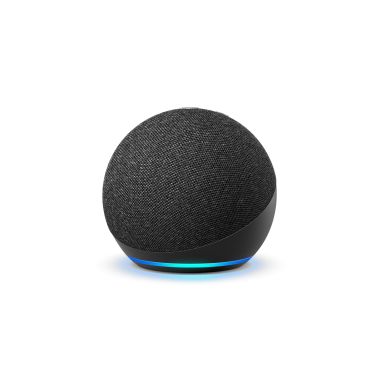 The speaker is available now for $129 CAD from the following retailers:

Just like other Echo devices, the Echo (4th Gen) has Alexa built-in and over the past few years, the number of skills for Alexa has grown, with around 100,000 available.

To get started with your new Echo, you’ll need the Alexa app on Android or iOS. The app has been given an overhaul in the last year or so, so it’s easier to navigate.

The Alexa app is split up into five areas, Home, Communicate, Play, Devices and more. Home is pretty self-explanatory and shows you things like the current weather, popular skills and your recent Alexa queries.

Communicate is where you can talk to your friends and family via their Echo devices or Alexa app via the Drop-In feature.

Play is where you can control media playback on your devices and see all your linked music/podcast services.

The Devices section of the Alexa app shows you all the Echo devices and smart home products connected to your Amazon account.

The More section of the Alexa app has things like adding a new device, Lists & Notes, Routines, settings etc.

One new feature of the Echo (4th Gen) is that when you open the Alexa app, you’ll get a prompt that the app has found an Echo nearby that can be set up. 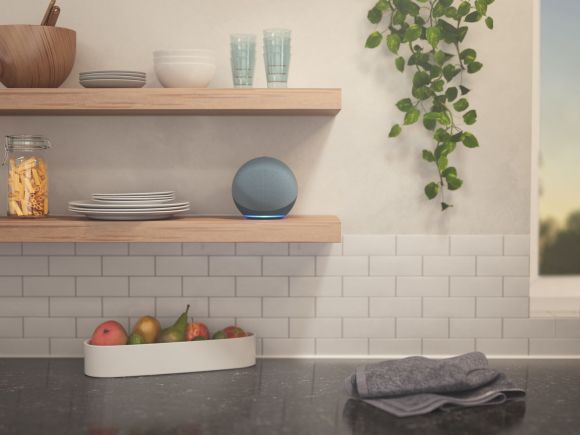 The Echo (4th Gen) is a great Alexa-powered speaker with room-filling sound, new design and can act as your smart home hub.

[…] wake-word and keyword detection to make Alexa more responsive. The processor is also found in the Echo (2020) and Echo Dot […]