Following a few leaks, GoPro has officially announced their latest camera with the Hero9 Black.

“HERO9 Black reflects our commitment to delivering what our customers have been asking for, including more value for their money,” says GoPro founder and CEO Nicholas Woodman. “HERO9 Black is a beast of a product, and GoPro subscribers can get it for $100 off at GoPro.com while also enjoying unlimited cloud storage of their GoPro footage, up to 50% on everything at GoPro.com and no-questions-asked camera replacement. And we’re not done, with more value adds coming to GoPro subscribers later this year.”

“Reducing as much plastic as possible from our business is a priority for us,” Woodman says. “We’re excited to package HERO9 Black in a high-value travel case instead of traditional wasteful packaging, and we’re committed to doing the same with the rest of our cameras by the end of 2021.”

The Hero9 Black features a new 1.4-inch colour display on the front to show you a live preview and status modes. The back touchscreen has been enlarged to 2.27-inches.

Battery life should be better on the Hero9 Black with a 30% increase in capacity, which is still removable and rechargeable.

Just like past GoPros, the Hero9 Black is rugged and waterproof up to 33ft (10m) and still retains the built-in folding mounting fingers. There are also 3 microphones with advanced wind-noise reduction, 1080p Live Streaming support and 1080p Webcam mode.

With the Hero8 Black, GoPro introduced mods and the Hero9 Black continues that feature with new mods. 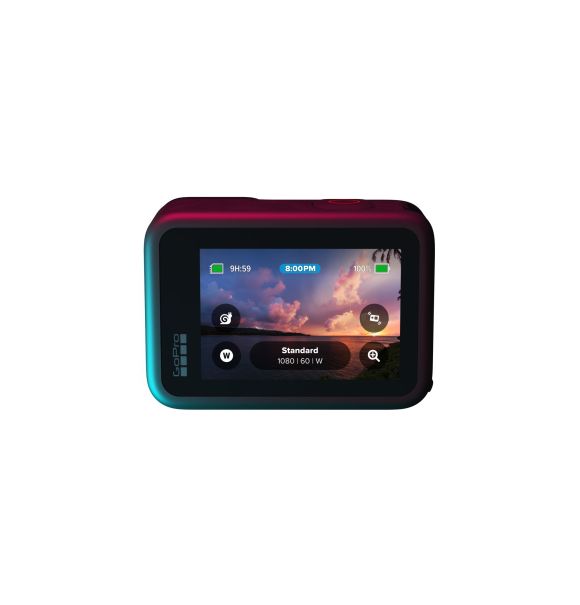 Some of the new mods include a Max Lens Mod that “brings unbreakable Max HyperSmooth video stabilization and low-distortion, ultra-wide Max SuperView.” 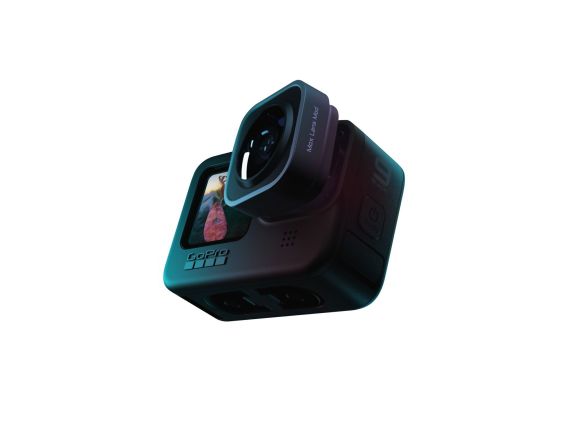 The Max Lens Mod launches in October for $99 USD. There’s also a Media Mod for the Hero9 Black, with a removable foam windscreen and that retails for $79 USD. The existing Display Mod and Light Mod are compatible with the Hero9 Black and retail for $79 USD and $49 USD respectively.

The GoPro Hero9 Black is available now from GoPro’s website and select retailers globally for $599 CAD ($449 USD). If you purchase a one-year subscription for GoPro Plus or are already subscribed, you can get the new camera for $349 USD.