Apple made a couple of announcements at their “Time Flies” event including a new iPad Air, iPad (8th Gen), Apple Watch Series 6 & SE and more.

The iPad Air is going into its fourth generation and this year’s model brings a number of improvements.

“Today we’re excited to introduce a completely redesigned and far more powerful iPad Air, debuting Apple’s most powerful chip ever made, the A14 Bionic,” said Greg Joswiak, Apple’s senior vice president of Worldwide Marketing. “With its gorgeous new all-screen design, larger 10.9-inch Liquid Retina display, next-generation Touch ID, and a massive boost in performance with A14 Bionic, the new iPad Air brings customers powerful pro features at an even more affordable price. Along with major upgrades to the iPad Pro and eighth-generation iPad this year, and the powerful new features of iPadOS 14, this is our strongest iPad lineup ever, giving our customers even more ways to enrich their daily lives.”

The new iPad Air is powered by the A14 Bionic chip which should offer a significant boost in performance.

To help make the screen even bigger, the new iPad Air doesn’t have a home button. However, it still comes with Touch ID and it uses Apple’s next-gen version of the technology.

The new iPad Air works with the new Magic Keyboard, Smart Keyboard Folio, Smart Folio cover and 2nd Gen Apple Pencil. The device will be running iPadOS 14 out of the box.

There’s also USB-C, Wi-Fi 6 support, improved stereo speakers, a 12MP camera on the back that can shoot 4K video and a 7MP front-facing selfie camera.

Pricing is as follows:

Apple’s entry-level iPad is getting a spec bump for 2020. The 8th Gen iPad is now powered by the A12 Bionic chip.

“We’re excited to offer customers an even faster and more powerful experience with the eighth-generation iPad,” said Greg Joswiak, Apple’s senior vice president of Worldwide Marketing. “With its beautiful 10.2-inch Retina display, the performance boost from the A12 Bionic, great cameras, and so much more, the new iPad is an incredible value at a time when, more than ever, our customers need powerful and versatile ways to work, play, learn, and connect with loved ones.”

The new iPad retains its 10.2-inch Retina Display and all-day battery life. While the new iPad (8th Gen) doesn’t get a USB-C port, the tablet does come with a Lightning to USB-C cable and USB-C power adapter.

The camera on the back is 8MP and the front is 1.2MP and should be fine for FaceTime calls.

Pricing for the new iPad is as follows:

The new iPad is launching on September 18th and comes in three colours, Space Grey, Silver and Gold. You can pre-order the new iPad from Apple’s website.

Apple has announced not one but two new Apple Watch model with the new Series 6 and SE models.

The Apple Watch Series 6 replaces the Series 5 and bring a new Blood Oxygen sensor that measures the amount of oxygen in your bloodstream. 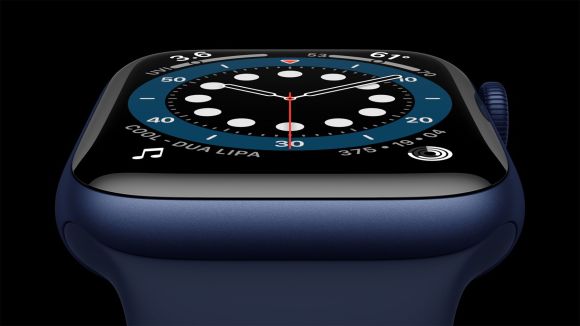 According to Apple, “the Blood Oxygen sensor employs four clusters of green, red, and infrared LEDs, along with the four photodiodes on the back crystal of Apple Watch, to measure light reflected back from blood.” 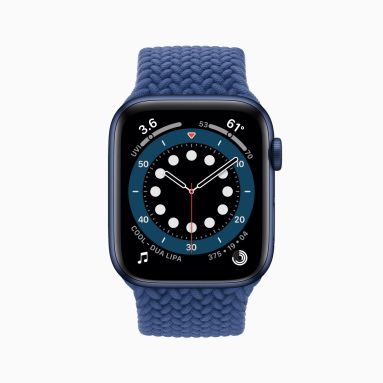 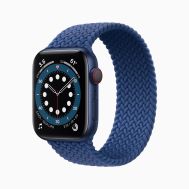 The Series 6 uses an S6 SiP which is 20% faster and is based on the A13 Bionic chip found in the iPhone 11 last year.

The watch will be running watchOS 7 out of the box and includes new health and fitness features including low-range VO2 Max, sleep tracking, automatic handwashing detection, and new workout types.

The new watchOS 7 update also brings a feature called Family Setup, so you can set up an Apple Watch for your kids or older family member without them needing an iPhone.

The Family Setup feature works with cellular versions of the Apple Watch Series 4 and later.

Pricing for the Apple Watch Series 6 are as follows:

The Apple Watch Series 6 is available for pre-order today and ships on September 18th. 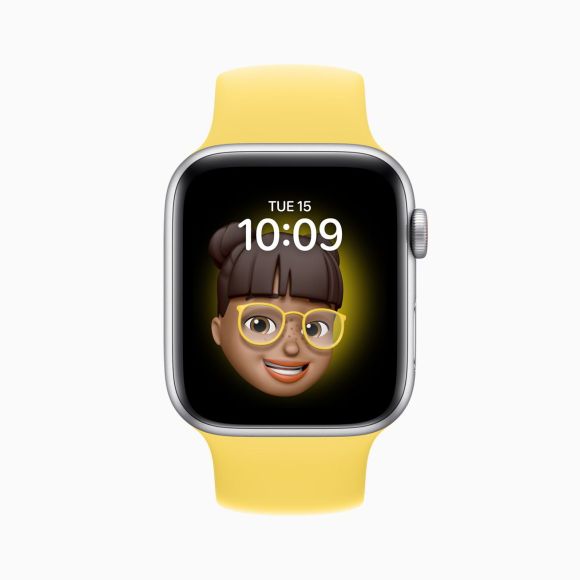 As a more affordable option to the Series 6, Apple has introduced the Apple Watch SE. 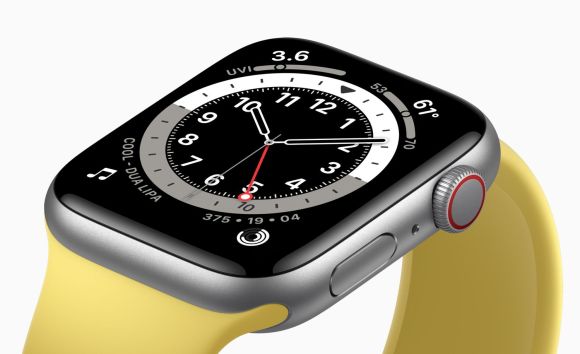 “Apple Watch SE combines elements of the Series 6 design with the most essential features of Apple Watch, all at a more affordable price,” said Jeff Williams, Apple’s chief operating officer. “We’re excited to offer another great option to help customers stay connected, be more active, and keep an eye on their health.”

Pricing for the Apple Watch SE is as follows:

The Apple Watch SE is available for pre-order today and ships on September 18th.

Apple One bundles all of the company’s services together.

“Apple One makes enjoying Apple subscription services easier than ever, including Apple Music, Apple TV+, Apple Arcade, iCloud, and more,” said Eddy Cue, Apple’s senior vice president of Internet Software and Services. “With Apple One, you can access the best of Apple entertainment across all your favourite devices with one simple subscription.”

The Family Apple One plan Apple Music, Apple TV+, Apple Arcade, and 200GB of iCloud storage for $20.95 CAD per month, and can be shared among up to six family members.

The Premier Apple One plan includes Apple Music, Apple TV+, Apple Arcade, Apple News+, Apple Fitness+, and 2TB of iCloud storage for $33.95 CAD per month, and can be shared among up to six family members.

The Premier tier of Apple One will be available in Canada, the UK, Australia and the US.

Apple Fitness+ is the company’s first venture in to health and fitness classes.

“We’re so excited to energize our customers with new ways to get active and stay active with Apple Watch,” said Jay Blahnik, Apple’s senior director of fitness for Health Technologies. “With diverse studio workouts that are suitable for all ability levels, led by a phenomenal group of unique trainers, and an approachable program designed for beginners all the way through to the fitness enthusiast — as well as the flexibility to work out anywhere — there’s something for everyone. We know Fitness+ will take working out with Apple Watch to the next level with unparalleled engagement, convenience, and inspiration.” 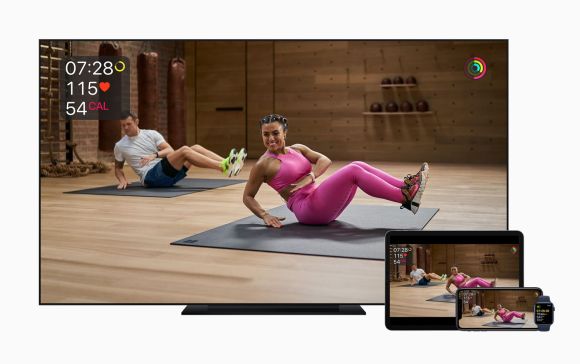 The service works in tandem with your Apple Watch to help provide “an engaging, immersive experience to help them stay motivated throughout.” 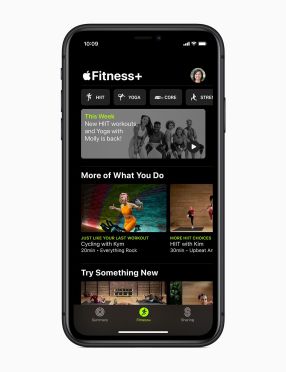 There will also be beginner sessions for those just starting out.

Apple Fitness+ will be available via the new Fitness app on iPhone, iPad and Apple TV.

Apple Fitness+ launches this fall in Canada, Australia, Ireland, New Zealand, the UK and the US. The services cost $12.99 CAD per month for $99.99 per year.

Current Apple Watch users will be able to get one month free. When you buy a new Apple Watch, you’ll get three months free.

[…] its announcement back in September, the new iPad Air is now up for pre-order in […]