Ubisoft has officially announced the next entry in their most popular franchise with Assassin’s Creed Valhalla.

As previous rumours suggested, Assassin’s Creed Valhalla takes place during the Viking Age (793 to 1066 CE). The game was teased inside The Division 2, which launched back in March 2019, with the game featuring a poster with the word Valhalla and a person holding the Apple of Eden.

According to Ubisoft, Driven from Norway by endless wars and dwindling resources in ninth century AD, players will lead Eivor’s clan of Norsemen across the icy North Sea to the rich lands of England’s broken kingdoms. Players must carve out a new future for their clan, reliving the ruthless fighting style of Viking warriors with a revamped combat system that includes the ability to dual-wield weapons against a greater variety of enemies than ever before. To secure resources, players can lead raids to select locations using their longship to earn much-needed riches and supplies. As the Vikings begin to settle in their new home, they encounter resistance from the Saxons, including King Aelfred of Wessex, who denounces them as heathens and looks to be the sole ruler of a civilized England. Against all odds, Eivor must do what is necessary to keep Valhalla within reach. 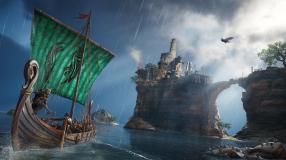 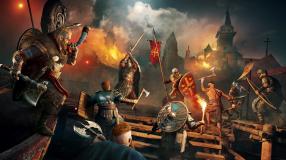 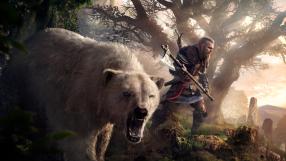 Just like Assassin’s Creed Odyssey, Ubisoft says “players will be able to choose to play as either a male or female Eivor, and will have access to customization tools including the ability to customize hair, tattoos, clothing, war paint, and gear. Political alliances, combat decisions, and dialogue choices can influence the world of Assassin’s Creed Valhalla, so players must choose wisely to protect their clan’s home and future.”

“We can’t wait for players to experience the incredible Viking journey ahead of them,” said Ashraf Ismail, Creative Director of Assassin’s Creed Valhalla. “Being in Eivor’s boots as both a Viking raider and a clan leader, players will face the conflicts of establishing a new home in the midst of a power struggle for control of England.”

Valhalla has a couple of key features including:

You can pre-order the game now. The standard edition of the game costs $79.99 CAD. There’s also a Gold Edition for $129.99 CAD which gets you the game and the season pass.

The Ultimate Edition for $159.99 CAD has everything in the Gold Edition plus the Ultimate Pack, which gets you an exclusive set of items.

The Collector’s Edition for $259.99 CAD gets you the following:

Assassin’s Creed Valhalla will be releasing November 10th, 2020 and will be coming to Xbox One, PS4, PC (via Epic Games Store and Uplay+), Google Stadia, Xbox Series X/S and PS5.

The game will also support Microsoft’s Smart Delivery technology, meaning you can buy Assassin’s Creed Valhalla once and play it on Xbox One and Xbox Series X.

Update – September 9th, 2020: Ubisoft initially announced that Valhalla would be launching on November 17th but the game is launching a week earlier alongside the Xbox Series X and Series S.

Assassin's Creed Valhalla launches with Xbox Series X | S on November 10, 2020.
Build the legend of a Viking raider on any console.
Upgrade from Xbox One to Xbox Series X at no additional cost. pic.twitter.com/dGukVP5U8g