The game was announced at E3 2019, according to the THQNordic:

Are you ready, kids? The cult classic is back, faithfully remade in spongetastic splendour! Play as SpongeBob, Patrick and Sandy and show the evil Plankton that crime pays even less than Mr. Krabs. Want to save Bikini Bottom from lots of rampant robots? Of course, you do! Want to underpants bungee jump? Why wouldn’t you! Want to join forces in a brand new multiplayer mode? The battle is on!

The game is being developed by Purple Lamp Studios and published by THQNordic. It features high-end visuals, modern resolutions and restored content from the original game. 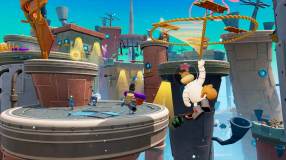 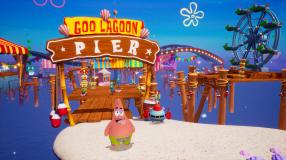 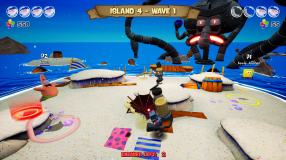 In addition to the standard edition which costs $29.99 CAD, THQNordic is offering two special editions, the Shiny Edition and the F.U.N Edition.

The game is launching on June 23rd, 2020 for Xbox One, PS4, Nintendo Switch and PC. Right now, THQNordic is offering a discount on the standard edition of the game, now $26.99 CAD.

You can pre-order the game here.