While Google’s Stadia has gotten all the attention over the past few months, Nvidia has been working on its GeForce Now which is now open to everyone (in supported countries).

To use GeForce Now on Android, you’ll need a device with 2GB of RAM or more and Android 5.0 Lollipop and later.

In terms of games on the service, Nvidia says GeForce Now works with existing PC game stores and publishers. So if you already bought the game on Steam or the Epic Games Store, you’ll be able to play it on GeForce Now. 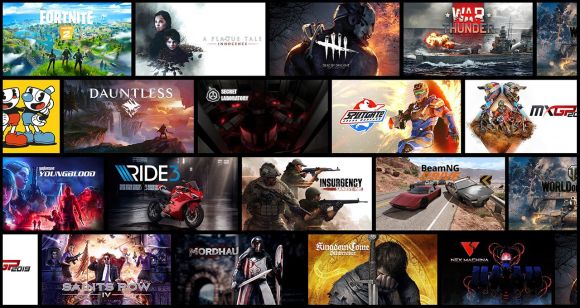 There are also about 30 or so free-to-play titles available such as Fortnite Battle Royale.

Streaming on GeForce is locked at up to 1080p at 60fps. GeForce Now comes in two tiers, one is the free tier that gives you standard access and 1-hours session length.

If you upgraded to the Founders tier for $6.49 CAD ($4.99 USD) per month for 12 months, you get Priority Access, Extended Session Length (up to 6 hours), RTX On support and a free 90-day introductory period to try out the service.

Both membership tiers work with any supported devices you already have. No additional hardware is needed.

One reply on “Nvidia’s GeForce Now exits out of beta”

[…] controller is designed for mobile gaming and for cloud gaming like Microsoft’s Project xCloud, Nvidia GeForce Now and maybe even support for Google […]