At CES 2020, Razer made a couple of announcements including their first gaming desktop PC, the Tomahawk.

The Tomahawk has an all-aluminum body with tempered glass on each side of the case and an open vent design for better cooling.

The desktop takes advantage of Intel’s recently announced NUC 9 Extreme Compute Element which makes it super easy to upgrade the desktop down the line.

When it launches, the Tomahawk can be optioned with up to an Intel Core i9 processor, 64GB of DDR4 RAM and Nvidia RTX 2080 Super GPU. The RAM and SSD on the device will on the NUC card and can be upgraded. 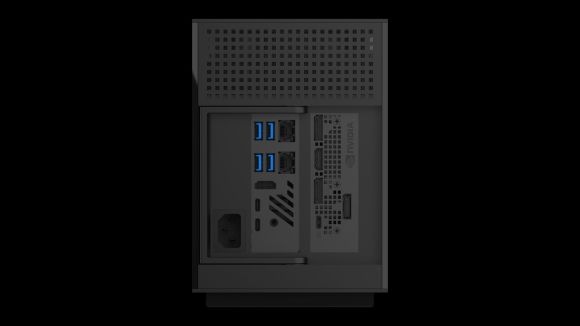 The Razer Tomahawk Gaming Desktop is set to launch in the first half of 2020.

The company hasn’t given exact pricing but Razer told The Verge that they’re aiming for a $2,000 USD starting price. That will get you at Intel Core i7, 16GB of RAM, 512GB SSD and RTX 20-series GPU. 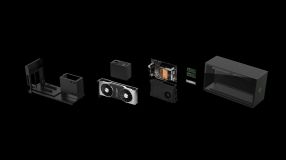 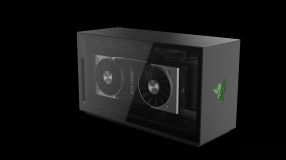 For those interested in building your own PC, Razer will be offering their Tomahawk N1 case as a standalone product later this year.

“Razer is excited to strengthen its collaboration with NVIDIA by joining their GeForce NOW Recommended program,” said Jason Schwartz, Head of Mobile Gaming at Razer. “GeForce NOW is PC gaming in the cloud, transforming underpowered or incompatible hardware into a powerful GeForce gaming PC. Razer mobile gaming controllers are perfect complementary devices to enhance this type of gameplay which we are pleased to feature here at the Razer CES booth.”

The Razer Kishi works with both Android or iOS devices and connects to your phone via USB-C or Lighting.

There are two analog sticks, d-pad and A, B, X & Y buttons. The controller is designed for mobile gaming and for cloud gaming like Microsoft’s Project xCloud, Nvidia GeForce Now and maybe even support for Google Stadia.

The Razer Kishi is set to launch in the coming months with no pricing announced. For reference, Razer’s Junglecat mobile controller retails for $139 CAD ($99 USD), so expect the Kishi to be similarly priced.

2 replies on “Razer announces their first gaming desktop, the Tomahawk”

[…] being announced at CES 2020, Razer has launched their Kishi universal mobile […]