If you grew up with the PlayStation 2, then you may remember games featuring Crash Bandicoot. One game, in particular, is the Crash Team Racing, which was partially in response to Mario Kart on Nintendo’s home consoles.

The game is a remaster of the first Crash Team Racing that launched on the PlayStation One back in 1999. But this remaster includes content from Crash Nitro Kart and Crash Tag Team Racing.

Crash Team Racing Nitro-Fueled features a few different Game Modes. The main one is called Adventure Mode which is the game’s story mode that has you participating in a Survival of the Fastest competition to prevent Nitros Oxide from turning the earth into a parking lot.

There are two ways to play Crash Team Racing Nitro-Fueled’s Adventure Mode. The first is Classic which is similar to the original Crash Team Racing games where you can only play as one character from start to finish, no customizations and just a basic kart.

Nitro Fueled is the other way to play Adventure Mode which allows you to switch characters and karts at any time and also customize to your heart’s content. This way also has 3 difficulty modes from Beginner, Intermediate and Advanced.

At first, I went with the Intermediate difficulty and enemies in races do give you a bit of a challenge and make it harder to reach 1st place. To progress through the Adventure Mode, you’ll need to basically get in first place for every race and challenge, otherwise, you’ll won’t go any further. To change the difficulty, you can only do so when you start a new Adventure Mode.

As you progress through Crash Team Racing Nitro-Fueled’s Adventure Mode, it can get very repetitive because you’ll be playing the same race tracks over to unlock new tracks and races.

There’s also online and split-screen multiplayer, so you can play with your friends and family.

One of the biggest features in Crash Team Racing Nitro-Fueled is the Turbo Boost which works by filling up your Turbo Boost bar by Power Sliding. The thing I didn’t like about how Turbo Boost works is that when your hold down RB/LB or left trigger on Xbox (depending on controller layout chosen) and hold it down for too long and you Turbo Boost meter goes empty. 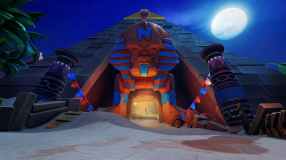 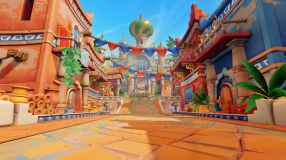 There are a lot more details on characters the character with Crash and his friends, so you can see the fur on him and details on their karts.

I played the game on Xbox One X but Crash Team Racing Nitro-Fueled isn’t true 4K, it’s 1080p HD that is upscaled to 4K HDR on both Xbox One X and Xbox One S. 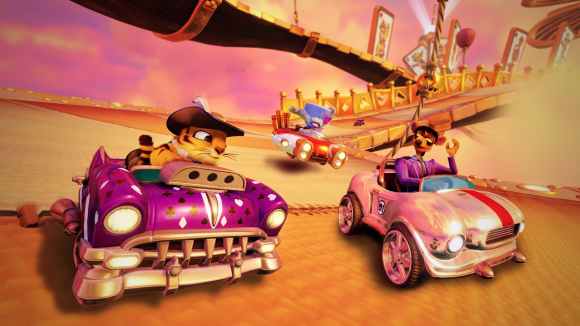 If you don’t get the Crash Team Racing Nitro-Fueled – Nitros Oxide Edition, you can still earn the Nitros Oxide character and hovercraft by completing challenges in Adventure Mode.

This review was conducted using an Xbox One review code provided by Activision.