According to a report by Computerworld, Google has confirmed that they won’t be making any more tablets.

The company had two tablets in the works that were smaller than last year’s Pixel Slate which received mixed reception upon launch. One of the biggest complaints of the Pixel Slate in my review was the cost of the device itself, not all Android apps working and Chrome OS doesn’t work that great as a tablet operating system. 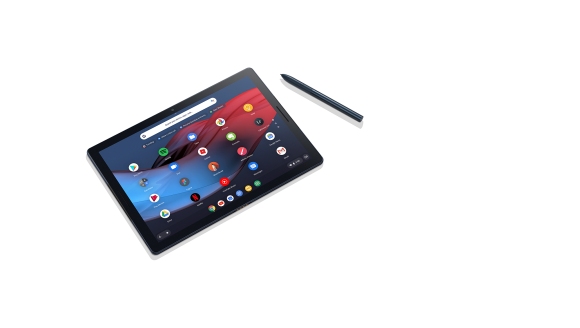 As JR Raphael explains in his article, this change won’t impact Google’s Pixel phones and their Pixel laptops, which are already separate teams from the one who handled tablets. Employees from the tablet section will be reassigned to other hardware projects.

The report also seemed to confirm that we might see a Pixelbook 2 later this year or sometime next year.

A Google spokesperson issued the following statement to outlets:

Chrome OS has grown in popularity across a broad range of form factors and we’ll continue to work with our ecosystem of partners on laptops and tablets. For Google’s first-party hardware efforts, we’ll be focusing on Chrome OS laptops and will continue to support Pixel Slate.

And even Rich Osterloh, SVP of Devices & Services at Google confirmed the news in a tweet.

Some articles have made this a bit unclear so wanted to clarify. And of course we will fully support Pixel Slate for the long-term as well.

Osterloh’s tweet also does confirm that the Pixel Slate will be still be supported in the future (at least until June 2024) despite the cancellation of future tablet projects.

2 replies on “Google is done making their own tablets”

[…] Apart from the Pixel phones, we may see a successor to 2017’s Pixelbook 2-in-1 laptop. The Pixelbook was by far more popular than last year’s Pixel Slate tablet, which caused Google to cancel all future Google-branded tablets. […]

[…] Google’s Chrome OS devices are in a weird position now, after the disappointment that was the Pixel Slate, the company has shifted focus away from tablets and more on laptops. […]