Ubisoft made a couple of announcements at their E3 2019 press conference including Watch Dogs: Legion, Roller Champions and their upcoming Uplay+ subscription.

The third entry in the Watch Dogs series brings a new gameplay feature that lets players “Play as Anyone”, each person in the game has a persistent life, backstory, full-voiced and motion captured and can be recruited to your team.

This new gameplay innovation was created by the Ubisoft Toronto team with help Ubisoft Montreal, Paris, Bucharest, Kiev and Newcastle. 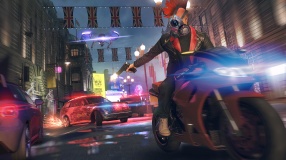 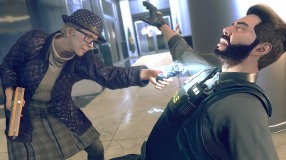 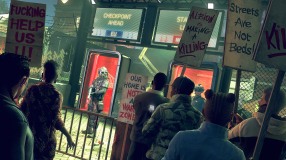 From an MI5 agent to a tough bare-knuckle fighter, from a brilliant hacker to an illegal street racer, or from a rising football star to a geriatric grandma.

Ubisoft says the game is set, In the near future, London is facing its downfall: people are being oppressed by an all-seeing surveillance state, a corrupt private military corporation controls the streets, and a powerful crime syndicate is preying on the most vulnerable. In Watch Dogs: Legion, the player’s mission is to build a resistance to fight back against the emergence of an authoritarian regime.

You’ll be able to play with your friends in four-player co-op with shared progression between single-player and online.

Each of your choices in the game has real consequences, if you decide to use non-lethal force, your enemy will try to subdue and arrest you. If you shoot to kill, your character could be wounded or permanently killed.

There will be multiple versions of the game including:

Uplay+ is Ubisoft’s subscription service that gives you unlimited access to download more than 100 games including upcoming releases and DLC.

“The video game industry is constantly shifting, and our players’ needs are evolving. At Ubisoft, we are committed to offering our players the best experience and the opportunity to discover the different worlds we’ve created for them. With Uplay+, we are able to provide more freedom for players by making it even easier to access our extensive catalogue,” said Brenda Panagrossi, vice president of Platform and Product Management.

If you sign-up for Uplay+ between now and August 15th, you’ll get a free trial when the subscription launches.

Gods & Monsters is a new game from Ubisoft Quebec, the team behind Assassin’s Creed Odyssey.

In Gods & Monsters players embody Fenyx, a forgotten hero on a quest to restore power to the Greek gods after it was stolen by Typhon, the deadliest creature in Greek mythology. Players will explore the Isle of the Blessed and prove their heroism as they face dangerous mythological creatures, including fearsome Gorgons and Harpies and mighty Cyclopes. Gifted with special powers from the gods of Olympus, players must overcome treacherous dungeons, challenging trials and perform heroic feats on their journey to save the gods.

“Over the last 10 years, I have had the chance to be part of an incredible team that has pushed the limits of Assassin’s Creed to explore historical periods from a unique angle. But our imagination has always been bound to the reality of the history books. Through our work on Assassin’s Creed Odyssey these past four years, our minds have lingered on another aspect of our history – mythology. Today, with Gods & Monsters, the tales we all love and know so well become a reality to be explored like never before,” said Marc-Alexis Côté, senior producer at Ubisoft Quebec.

Gods & Monsters is set to be released on February 25th for Xbox One, PS4, PC and Google Stadia.

The series is the first live-action comedy from Ubisoft Film and Television and will be an Apple TV+ original.

No release date has been announced.

Roller Champions is a new free-to-play PVP sports game that has two teams of three players facing off against each other in global areas.

Think of it as a roller derby version of Rocket League. The game is set to launch in 2020 for PC but a demo via Uplay is available now until June 14th.

“We set out to create a radically re-designed co-op experience built on the foundations of one of the best shooters of this generation. What Siege is to the PVP shooter genre, we want Quarantine to be to co-op.” said Bio Jade Adam-Granger, Lead Game Designer.

Assassin’s Creed Odyssey will soon be getting a Story Creator Mode which let you create your own quests and share them with other players.

You can choose from six different quest objectives – including assassination, rescue, or visiting a specific place – and create their own branching dialogue and paths, while casting the game’s characters in new roles. Creators can also give players the option to lie their way through an encounter, or end dialogue by attacking NPCs, if their story calls for it.

Discovery Tour: Ancient Greece is set to release this fall while the Story Creator Mode is now in open beta.

Assassin’s Creed Odyssey will be available on Google Stadia at launch this November.

You can read more about all of Ubisoft’s E3 2019 announcements on their blog.