For the past couple of years, one of the best Windows laptops you can buy has been Dell’s XPS lineup, specifically their XPS 13.

And with each year, Dell has managed to improve the XPS 13 to make it even better. This year’s model not only brings great specs but also an improved design with some flaws. 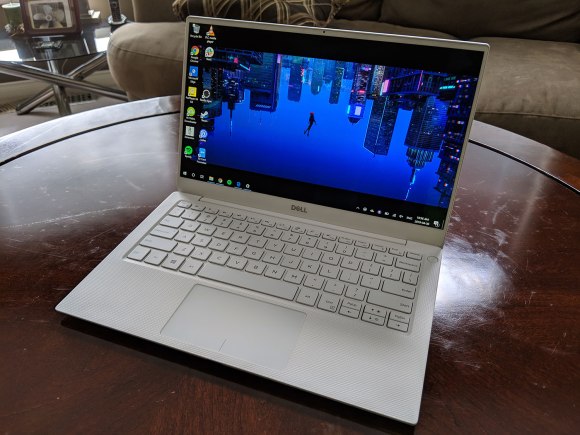 The 2019 Dell XPS 13 (9380) shares a similar design to previous XPS 13 models with a machined aluminum body. The 13-inch InfinityEdge is even better because Dell managed to make the bezels even thinner and also move the webcam to the top of the bezel.

The model I tested had an UltraSharp 4K Ultra HD touch display which has both HDR, Dolby Vision and 100% sRGB Colour Gamut. I didn’t really see a point to making the 4K display option also a touchscreen, it would have been great even without being touch-enabled. 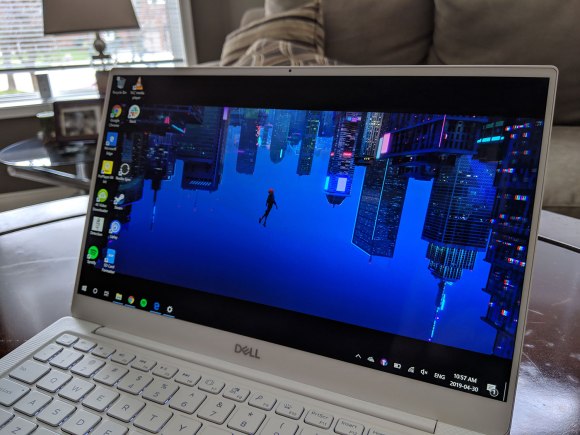 The 4K display on the Dell XPS 13 (2019) looks great but I did have some issue where the screen would dim slightly even thought automatic brightness was off. To fix this, go to the BIOS settings (make sure you have the latest BIOS), hit F2 when you’re computer is booting up and look for an option called Dynamic Brightness Control and switch it to disable.

The speakers on the Dell XPS 13 (2019) sound good but nothing amazing. The keyboard is great with lots of travel and the trackpad has been improved to be more responsive and clickier. The laptop also comes with a built-in fingerprint reader in the power button that can be used for Windows Hello. 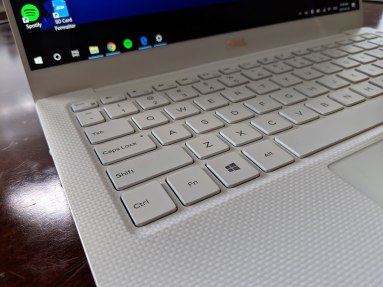 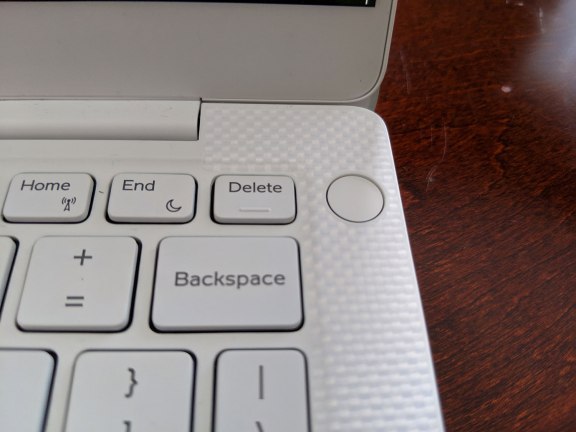 The Dell XPS 13 (2019) model I tested came with an 8th Gen Intel Core i7-8565U processor with 16GB of RAM and a 512GB SSD. Performance on the Dell XPS 13 (2019) was great, I had no issues with watching 4K videos or using the laptop. There were a few times where the laptop’s bottom would heat up, especially when charging to the point it’s unbearably hot. 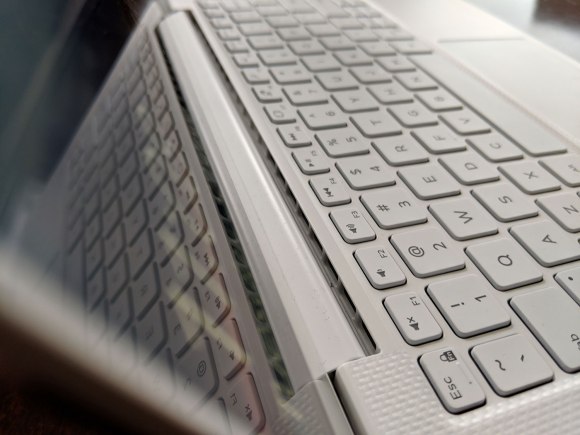 The left side of the laptop has two USB-C ports with Thunderbolt 3 and a button to check the laptop’s battery life. The right side has a USB-C DisplayPort USB-C port, MicroSD card slot and headphone jack. 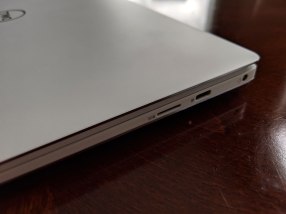 Just like last year’s XPS 13, the XPS 13 (2019) charges over USB-C and one thing I didn’t like was that the charging cable had two white LED lights on it and the front of the laptop (near the trackpad) has a white LED. When the charger is plugged in, the LED indicators on the USB-C part of the cable would light up. 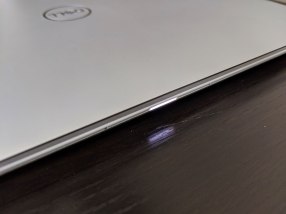 This got annoying because I would use the laptop during the day and then charge it overnight and I had the laptop plugged in my room and all I could see was the LED light emitting from the cable and the laptop. 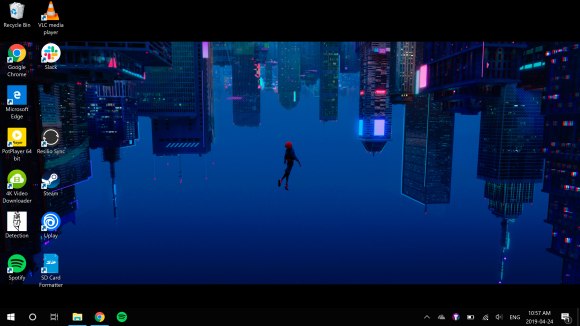 The new XPS 13 comes with Windows 10 Home (1809 – the October 2018 update). The XPS 13 was easily able to handle beefy tasks such as watching 4K videos and also some light photo and video editing.

Overall, Dell’s XPS 13 is a great Windows laptop that offers powerful specs and keeps getting better with each version.

[…]   This review originally appeared on TheCanadianTechie. […]