Huawei is not only a company that makes phones and smartwatch but they also make laptops such as the MateBook X Pro.

I’ve been testing the MateBook X Pro for a few weeks now and its a great Windows 10 alternative to devices such as Apple’s MacBook line. 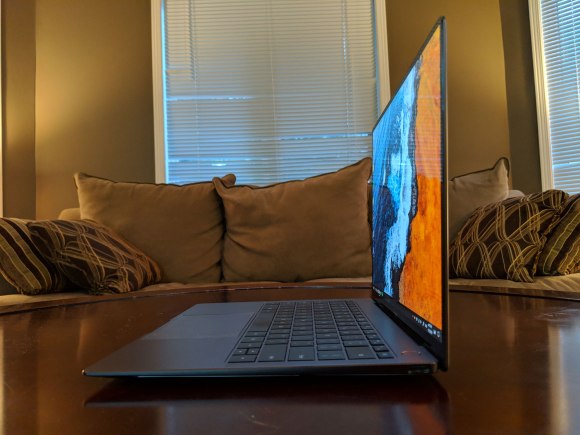 On first glance, the MateBook X Pro looks like a MacBook with its metal body and Space Gray colour scheme. 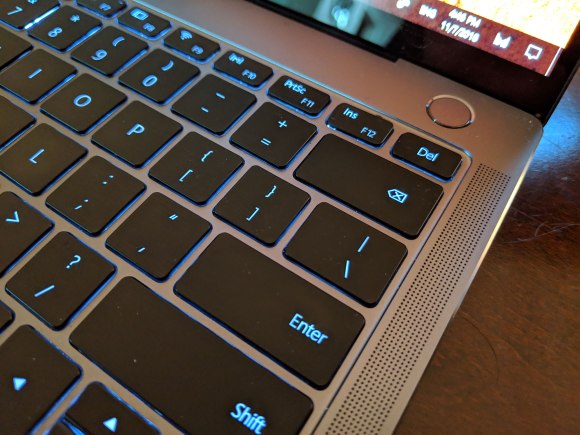 The screen is a 13.9-inch touch FullView display with a 91% screen-to-body ratio and 4.4mm bezels and a resolution of 3000×2000 and 450 nits of brightness. The MateBook X Pro’s screen looks great but I did have some issue with the brightness. 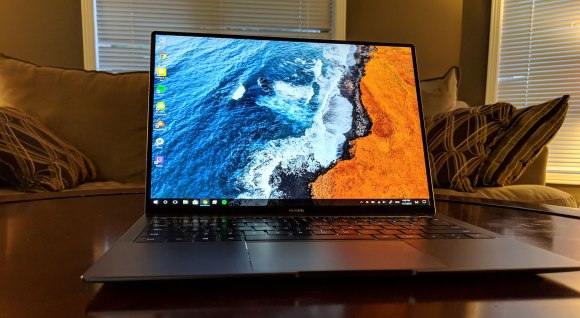 Since the bezels are so thin, the webcam isn’t part of the display, it pops up out of the keyboard. The webcam isn’t the best quality and the angle is an odd one.

The MateBook X Pro I tested comes with the Intel Core i7-8550U processor, 512GB SSD and 16GB of RAM, it also can be optioned with an Intel Core i5-8250U processor, 256GB and 8GB of RAM. It also has a discrete graphics card with the Nvidia GeForce MX150 with 2GB of DDR5.

I did notice a lot of fan noise from the MateBook X Pro, even when I was just browsing the web. 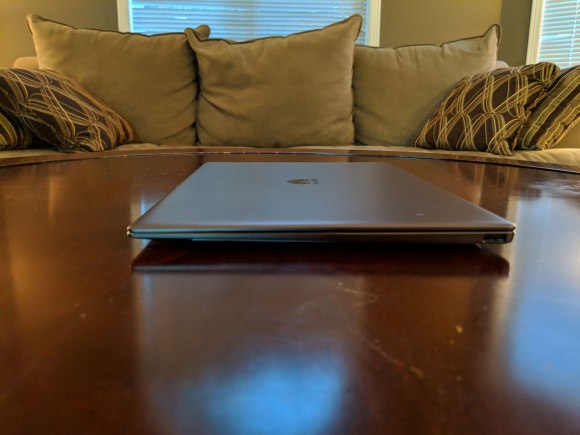 The battery in the MateBook X Pro is 57.4Wh which is able to last all day with ease. The backlit keyboard has a good amount of travel but is slightly shallow.

As for ports, the MateBook X Pro comes with two USB-C ports (one of which is Thunderbolt 3) and headphone on the left side and one USB-A port on the right. Huawei also includes a USB-C adapter in the box which adds another USB-A port, USB-C port, VGA and HDMI out. 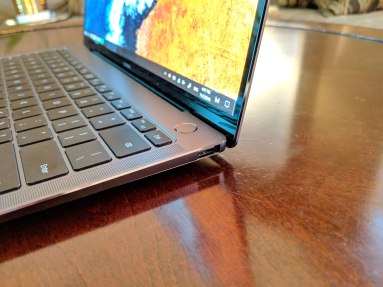 The MateBook X Pro also comes with a Dolby quad-speaker system with Dolby Atmos. The power button on the laptop is also a fingerprint sensor that supports Windows Hello.

In terms of software, the MateBook X Pro is Windows 10 Home. There’s nothing really specific in Windows 10 that Huawei has added.

The laptop was easily able to multitask without any slow-downs but there was the quite a bit of fan noise.

Just like in Windows 8, Windows 10 can be used with devices with and without touchscreens. And unlike Android, there are lots of Windows 10 apps that work well on a tablet. Sure, there might not be as many apps as on Android or iOS but there are alternatives and you can easily install apps that are not on the Windows store. 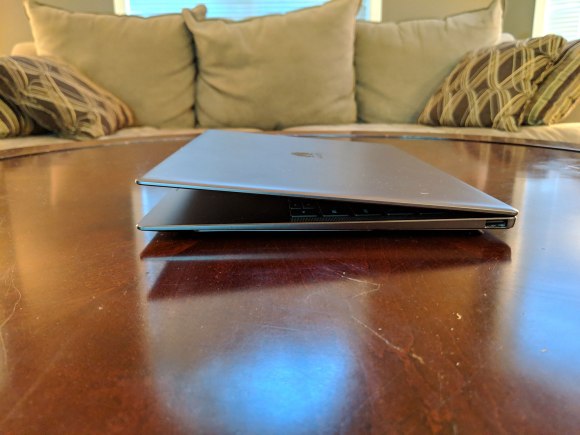 Overall, Huawei has nailed it with the MateBook X Pro, it offers great specs in a premium body that’s a good choice for those considering an Apple MacBook.

The fan noise can be prevented by making the partition for the c drive larger. Pocketnow has a video that brings this up and is a super easy fix. Other people have also undervolted the cpu and say that makes the machine much cooler and less fan intensive. Webcam sucks but nowadays my phone which is basically another computer which also charges via usb C has a good video call camera. I suspect most people do these days so it’s not really a huge need to even have one in the PC. Plus it prevents prying eyes for the paranoid who like to cover the webcam.

anyone here can show the steps for making the partition for the c drive larger ?