Sony has released the first official trailer for their upcoming animated Miles Morales/Spider-Man film, Spider-Man: Into the Spider-Verse.

In the trailer, we’re introduced to some of the other Spider-Men (and women too) that are part of the Spider-Verse.

Spider-Man: Into the Spider-Verse stars Shameik More (Dope, The Get Down) as Miles Morales/Spider-Man, who is a teenager with spider-like abilities. Jake Johnson (New Girl, Jurassic World) voices Peter Parker, and Hailee Steinfeld (Pitch Perfect 3, The Edge of Seventeen) will voice Gwen Stacy/Spider-Gwen.

The trio will team up to take down Kingpin and Prowler to save New York and the entire Spider-Verse.

Spider-Man: Into the Spider-Verse is the first big-screen debut of Mile Morales and a direct adaptation of the Spider-Verse comic book storyline. The film is written by Phil Lord and Christopher Miller (The Lego Movie, 21 & 22 Jump Street, Cloudy with a Chance of Meatballs), and story by Lord & Miller and Alex Hirsch (Gravity Falls).

The film is being produced by Sony Pictures Animation and Marvel Entertainment. The film is also produced by Avi Arad, Amy Pascal and Christina Steinberg along with Lord and Miller.

It’s being directed by Bob Persichetti (The Little Prince), Rodney Rothman (22 Jumpstreet) and Peter Ramsey (Rise of the Guardians).

Sony also released a new poster for the film. 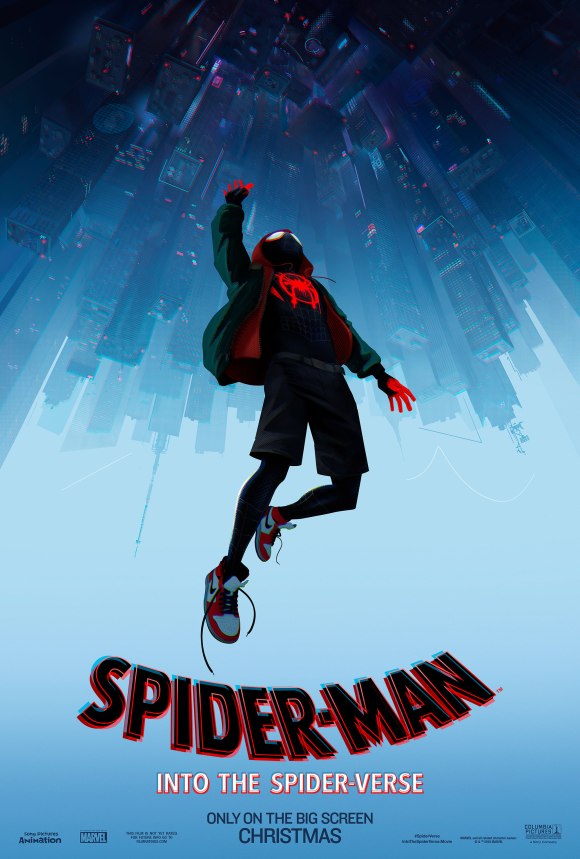 Spider-Man: Into the Spider-Verse swings into theatres on December 14th, 2018.