Plex has announced a new way to experience their platform, with Plex VR.

You’ll also be able to play local 3D and 360/180 videos on your device using Plex VR. There will also be a selection of scenes, such as a drive-in movie theatre (which is only available for Plex Pass users) or space, to add some ambiance.

Plex VR is free for all Plex users but if you’re a Plex Pass user, then you can take advantage of the co-watching feature. The co-watch feature allows users to watch with up to 3 of your friends along with your avatars.

Users’ head positions are tracked in real-time and if you want to talk to your friends, just click a button on your headset’s controller. But Plex is allowing users to test out their co-watching feature for one week free. 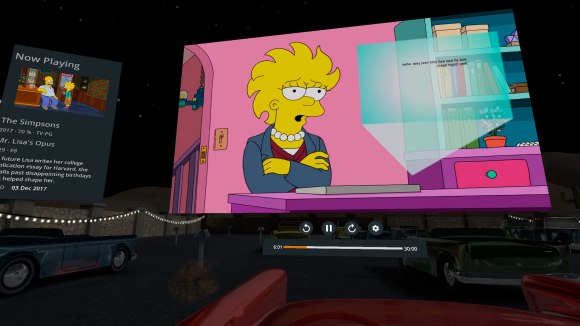 You can download Plex VR from the Google Play Store.