I’ve always been a big fan of Samsung’s smartwatches, they look great and Tizen works well as a smartwatch OS. Recently, Samsung released the Gear Sport which is almost like a Gear S3 Lite, meaning it’s smaller and is missing features that the Gear S3 has but overall the Gear Sport is a great smartwatch.

The Gear Sport has a circular 1.2-inch Super AMOLED display compared to 1.3-inches on the Gear S3. The watch has the same circular bezel as featured on previous Samsung smartwatches. The circular bezel makes it so much easier to navigate the watch and it’s nice to have that option in addition to the touchscreen.

On the right side of the device is where you’ll find two buttons. The top one is a back button and the other is to access your apps. The band that comes with the Gear Sport is made from silicon. Bands on the Gear Sport can be interchanged with any 20mm watch band.

The Gear Sport is water resistant up to 5ATM (50 meters) meaning that you’ll be able to take it swimming with you to track your stroke type, lap time and pace. The watch is being powered by a dual-core processor at 1.0GHz. I never experienced any slow-down issues while navigating Tizen on the watch.

The battery is 300mAh and I was able to get around 2 days of battery life which is 2 days less than on the Gear S3 (which is partly due to the smaller battery size in the Gear Sport).

The Gear Sport does have NFC for mobile payments via Samsung Pay but it does not have MST which the Gear S3 and Samsung phones have. MST allows your device to mimic the magnetic strip of a credit or debit card. It’s nice that Samsung at least included NFC in the Gear Sport but they probably didn’t want to include MST because it would take an effect on sales of the Gear S3.

Other connectivity specs include Bluetooth 4.2, Wi-Fi 802.11 b/g/n and GPS. On the bottom of the watch is where you’ll find the heart rate sensor. Just like the Gear S3, the Gear Sport also has an Ambient Light sensor which can adjust the device’s screen brightness depending on how much light there is. The sensor is located behind the watch’s screen.

There’s also 4GB of internal storage (which can be used for Spotify offline) and 768MB of RAM. The Gear Sport works with Android devices with 4.4 or later and iPhones with iOS 9 and later.

The Gear Sport is available now in Canada for $399 CAD and comes in two colours, black and blue. I wish that Samsung would have priced the Gear Sport slightly lower than $399 in Canada, especially since the Gear S3 is priced at around $449-469 and that’s not much of a price gap between the two watches. 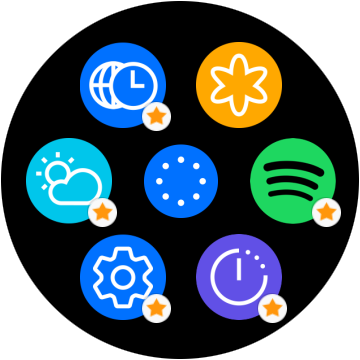 The Gear Sport is running Tizen OS 3.0 and is based on Android. The Gear Sport can do your usual smartwatch things like receive notifications, respond to message, set timers etc.

Tizen seems much more fleshed out than Android Wear and actually works, but there are limited app and third-party watch face support which is where Android Wear is excelling at, and that will hurt Tizen and the Gear Sport in the long run. 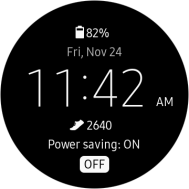 You also can customize the Gear Sport to your own style using watchfaces and apps either preinstalled or via the Samsung Gear app. There isn’t a whole lot of apps and watchfaces available for the Gear Sport but it’s slowly growing.

Like I mentioned earlier, the Gear Sport can also download music from Spotify for offline listening. You’ll need a Spotify Premium subscription to do this and just like how you can save music offline on your phone, you can do so on your watch as well and then hook up some Bluetooth headphones to the watch and you’re ready to go.

Most of the apps that you’ll find on the Gear Sport are Samsung’s own apps like S Planner or S Voice. One of the more apps that I found pretty useful was the Samsung Briefing app which is powered by Flipboard. It will give you the latest news articles on your Gear Sport.

Overall, I really like the Gear Sport, it’s a great smartwatch in both looks department and how it operates. However, I would suggest getting a Gear S3 Frontier instead, it’s a nicer feel than the Gear Sport, partially because you’ll get longer battery life (around 4 days) and also has MST support (which is great if you use Samsung Pay).

For some, the Gear Sport might still seem too expensive because it’s similarly priced to some Android Wear watches and the Apple Watch Series 3. But the Gear Sport is a good middle ground between a fitness tracker like the Gear Fit2 Pro or a Fitbit and the Gear S3.