Nowadays, Android comes in a number of ways. From smartphones & watches to even your TV with devices such as the Nvidia Shield TV. I’ve been using 2017 version of the Nvidia Shield TV for a while and it’s easily one of the best media streaming boxes out there.

The Nvidia Shield TV for 2017 is a small but powerful box. It’s around 40% smaller than the 2015 model and is being powered by the Nvidia Tegra X1 processor with 3GB of RAM.

The box itself has a slightly angular design that helps it stand out than other media streaming boxes out there, especially with the green LED strip on the top. The device mixes matte and glossy texture on the top.

The storage is where my first gripe begins, I feel like 16GB isn’t enough, just like it isn’t enough on a smartphone. I would have liked Nvidia to include at least 32GB, especially since if you’re going to be playing Android games on the device, some can be a few gigabytes in size. And soon enough, your Shield TV’s storage can be filled up. 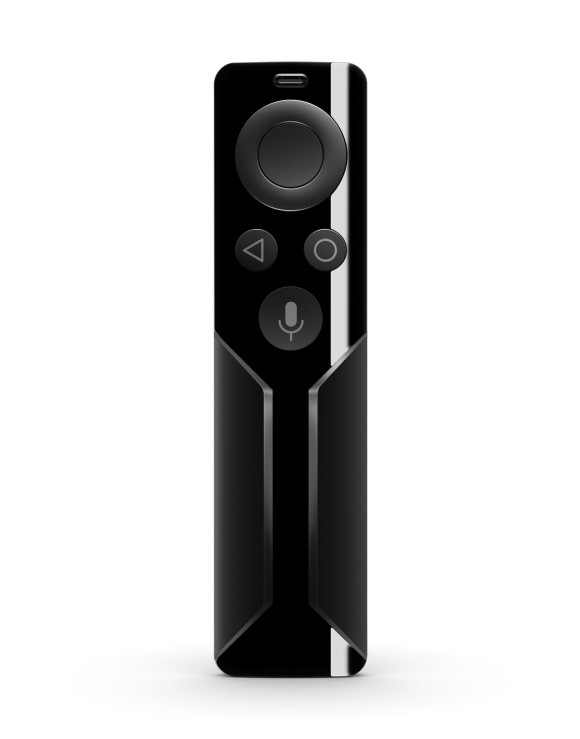 The Nvidia Shield TV is available in Canada for around $269 CAD and that gets you the box, controller, and remote. Nvidia is also now selling a version of the Shield TV without the controller for around $229 CAD. An additional controller will set you back around $75 CAD and a vertical stand for around $25 CAD. 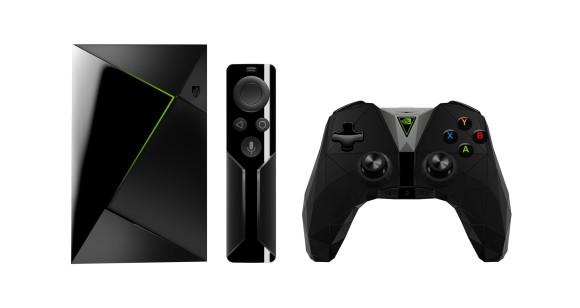 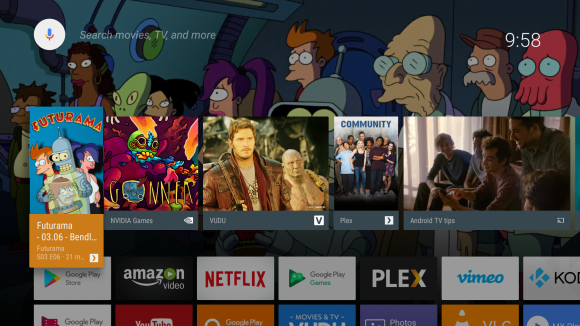 The Nvidia Shield TV is running the latest version of Android TV which is based on Android 7.0 Nougat. Google has made it a point with Android TV as well as Android Wear that manufacturers aren’t allowed to put a skin on top, to help keep it the same across devices.

So for the most part, Android TV on the Shield TV looks like stock Android. You have your recent apps on the top of the homescreen than the installed apps and games in rows below that.

The Shield TV comes pre-installed with the usual Google apps such as YouTube, Play Movies & TV. You’ll also find video apps such as Amazon Prime Video and Plex. Since Plex is pre-installed onto the Shield TV, you have the option to make your device into a Plex media server with all your movies and show. Or you can just use the Plex app to connect to your existing Plex server. 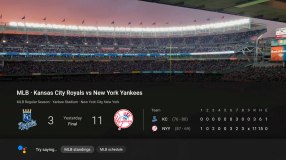 Part of the issue with Android TV is there is a severe lack of apps. Sure you have your Netflix, YouTube, Plex. But not every entertainment app in the Google Play Store that has a version for Android phones, might not necessarily have an Android TV version.

The Shield TV is intended to be not just a media streaming device but also made for gaming. That’s where Nvidia’s GeForce Now service comes in. For around $7.99 USD per month, you can have access to Nvidia’s cloud-gaming service that allows you to play PC games at up to 1080p at 60fps.

Android games had no issues running on the Shield TV, I was able to play The Witness and GoNNER.

For the most part, GeForce Now works but there can be some delay if you’re playing on a Wi-Fi connection, compared to being connected via Ethernet. In addition to GeForce Now, you can also use the Shield TV to stream PC games that you own from your own PC, as long as it has a Nvidia GeForce GTX graphics card. 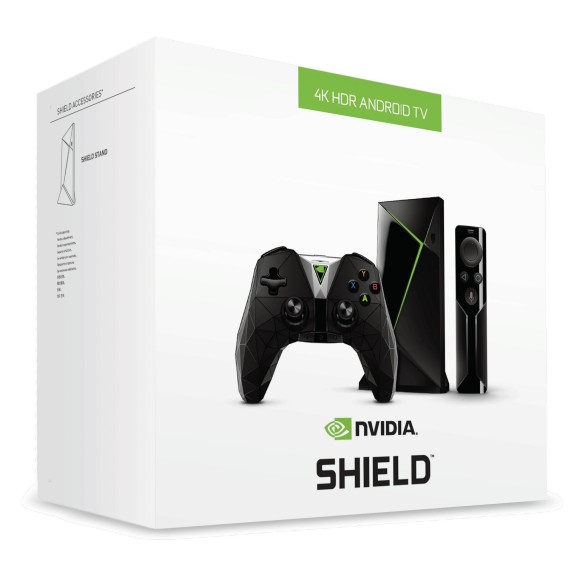 Overall, the Shield TV is a great media streamer. It can play video content in 4K as well as have the ability to play games, whether its Android games or streaming PC games. However, the Shield TV is on the more expensive side of media streaming boxes, so for some, it may be hard to justify the cost of the Shield TV, especially when devices like the Roku Ultra or Chromecast Ultra at significantly cheaper.

But if you’re looking for one of the best 4K video streaming players out there, that can also be used for gaming, look no further than the Shield TV.

[…] The Roku Streaming Stick+ is a welcome addition to the Roku family of devices and is great for playing 4K content on your 4K TV without paying for something like an Apple TV 4K or Shield TV. […]