If you’re like me, then you’ve been eagerly waiting for the arrival of a good skateboard for the current generation of consoles. Now it looks like we won’t have to wait much longer. Montreal-based creā-ture Studios has just launched their game, Session on Kickstarter.

I’ve been following the studios’ progress on the game, ever since it was first called Project Session. Now onto the game itself, what makes it unique is that the game has dual-stick controls that are meant to mimic the movement of each foot (i.e left stick for left foot, right stick for right foot), so then when you’re playing, it will feel like, “the most authentic-feeling skateboarding” in a video game. 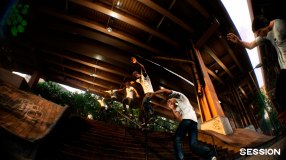 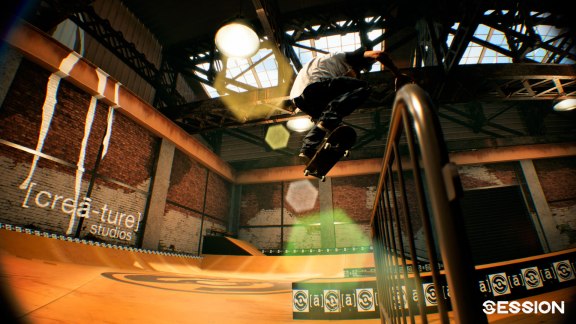 creā-ture Studios says that just like skateboarding in real life, the game is all “about the freedom to express yourself.” Whether it’s nailing that one move or have “a sick line planned out”, you set what your goals are in the game.

The rewards for the Kickstarter are as follows:

Session is available on Kickstarter now and with a planned release for PC and consoles sometime in 2019. But some of the reward levels can get your access to the game via Steam Early Access on PC or Xbox Game Preview on Xbox One.

In the meanwhile, you can download the PC demo for the game so you can see how it plays. You can find the demo on creā-ture Studios’ website.