At IFA 2017, Samsung announced three new wearables (of which two have been leaked before today), the Gear Sport, Gear Fit2 Pro and the second gen version of the Gear IconX. 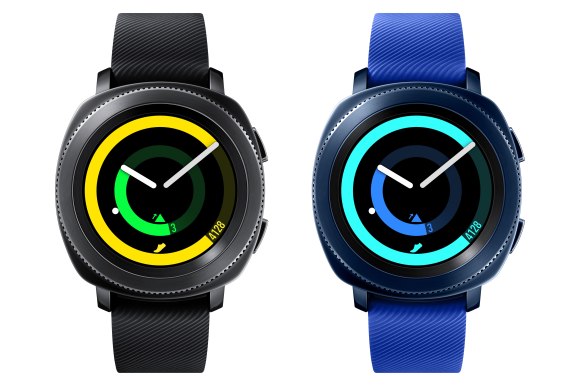 The Gear Sport has similar styling to the Gear S3 with a circular bezel and display, which is measured at 1.2-inches and is Super AMOLED. The Gear Sport has been designed with fitness in mind, with a slim body, comfortable interchangeable bands.

The watch does have NFC but it does not have MST for support for Samsung Pay. There is also 4GB of internal storage. 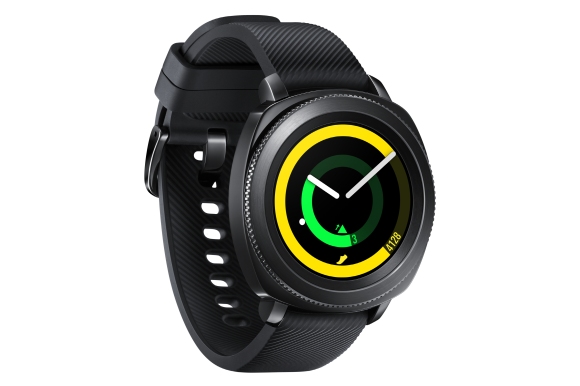 You’ll be able to set health and wellness goals as well as see nutritional management alerts and activity recommendations, even offline. The watch is running Samsung’s Tizen and the battery is 300mAh which Samsung says you get up to four days of battery life and there’s also wireless charging.

The Gear Sport will work with Android devices running 4.4 or later and iPhones with iOS 9 or later. The device is very durable and is rated at 5 ATM water resistance.

The Gear Sport will be available in Canada on October 25th for $399 CAD in two colours, black and blue. 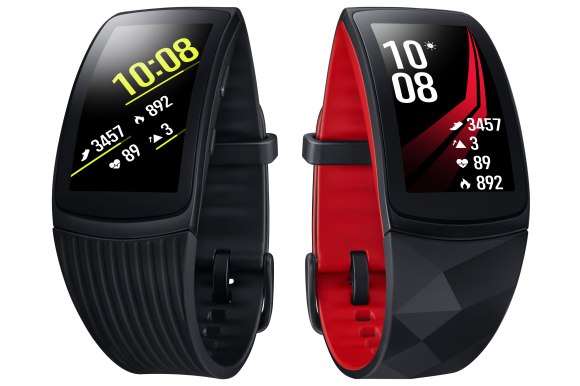 The Gear Fit2 Pro is a slightly updated version of last year’s Gear Fit2. The design hasn’t changed all that much except for the buckle strap, to help keep a firmer grip on your wrist.

The Gear Fit2 Pro will work with Android devices running 4.4 or later and iPhones with iOS 9 or later.The device is running Samsung’s Tizen and is 5 ATM water-resistant.

The Gear Fit2 Pro will be available on September 15th for $299 CAD and come in two colours, red and black.

Samsung has made some slight tweaks to their Gear IconX wireless earbuds. You can now get up to 7 hours of battery life in standalone mode or up to 5 hours in Bluetooth mode (i.e streaming from your phone). The charging case now uses USB Type-C (instead of microUSB like in the previous model).

The charging case for the Gear IconX can provide an additional charge on the go. There’s 4GB of internal storage per earbud (so technically a total of 8GB across both earbuds). The new Gear IconX have the same capacitive touch sensor on the outside.

You’ll also be able to access Bixby using the new Gear IconX, with just a simple tap and hold of the earbud. There is also now a Running Coach feature which will provide you with in-ear audio exercise status updates during your workouts.

The Gear IconX (2018) will be available on October 25th for $299 CAD and available in three colours, Black, Gray and Pink.