Apple made a few announcements at their WWDC 2017 keynote, including ones about tvOS, iOS, macOS and more.

Apple announced watchOS 4 and it brings improvements to the health app. There are some new watchfaces including ones that include Siri, to show you the most useful information. 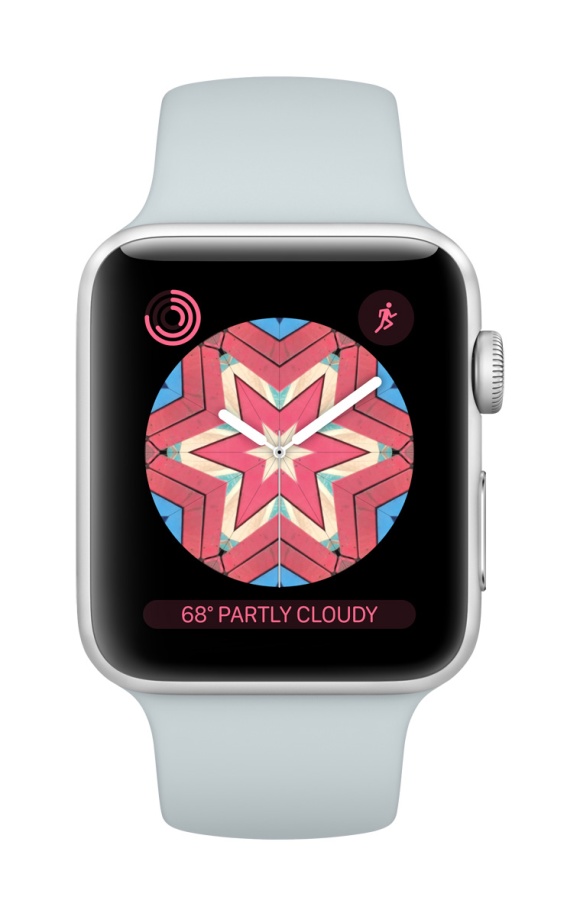 There will also be a kaleidoscope watch face and three new watchfaces that include Woody, Buzz and Jessie from Toy Story. Later this fall, you’ll be able to use your Apple Watch to talk to gym equipment just by tapping and NFC spot on the equipment.

Gym equipment that are compatible with the Apple Watch will be coming out this fall.

You asked (a lot). We listened. Amazon Prime Video is coming to the TV App and all Apple TVs this year.

Apple announced that Amazon Prime Video will be coming to Apple TV. This is in addition to existing content partners that Apple has like HBO, Netflix etc.

This year’s macOS update will be called macOS High Sierra and it brings refinements and is all about technology.

The Photos app in High Sierra now has a persistent sidebar and a new dropdown menu to filter your photos. There are also new editing tools and an improved UI for better editing.

Apple also announced Metal 2, which has 10x better than Metal 1 in terms of graphics performance. They are also adding support for external GPUs in High Sierra along with a developer kit with an AMD Radeon GPU. 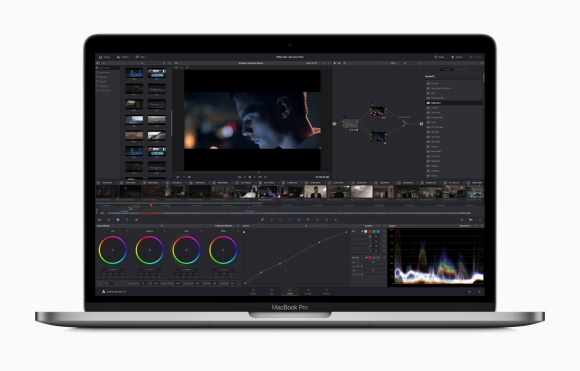 VR support will also be coming to macOS with support for spherical video, VR engines like Unreal and there will be virtual reality support in Metal 2. Apple is also working with Valve to bring Steam VR support to macOS.

macOS High Sierra is available as a developer preview today, a public beta coming later this month. A final release is coming this fall. 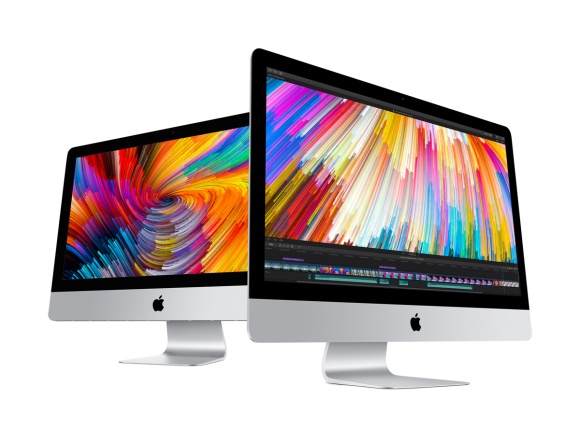 Apple has updated the iMac lineup with a 43% brighter display by 500 nits and 10 bit dithering. All the iMacs will be updated to Intel 7th Gen Kaby Lake processors with HEVC decode. The 27-inch iMac can be optioned with 64GB of RAM and now has 2 USB Type-C ports with support for Thunderbolt 3.

All the iMacs are getting a boost in graphics performance. The base model will get better integrated graphics, up to 80% faster. The 21.5-inch 4K Retina iMac will be getting AMD Radeon Pro 555 GPUs in the base config.

The 27-inch iMac can be optioned with 8GB of VRAM and Radeon Pro 570. Apple has also refreshed the MacBook and MacBook Pro with 7th Intel Core Kaby Lake processors.

The iMac Pro can deliver 22 teraflops of computing power and has a Radeon Vega graphics. It can be optioned with 128GB of ECC RAM and comes with 4 USB Type-C ports with Thunderbolt 3 ports. The iMac Pro will be coming in December and starts at $4999 USD. 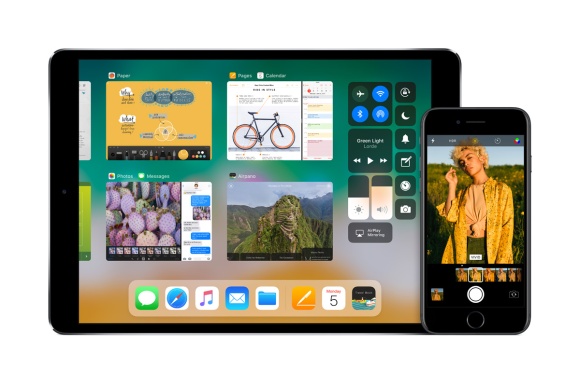 Apple has announced iOS 11 and it brings a refreshed looks and improvements. iMessage apps in iOS 11 are now shown in a horizontal row and messages are now saved to iCloud, so you can sync and restore them on other devices when you login.

Apple is also bringing person-to-person Apple Pay, so you pay other people in just a few taps. It all works in the Apple Pay app,

Siri now has a more natural voice in both male and female. Siri’s UI now has new rounded bubbles and Siri can now translate from English to Chinese, French, German, Italian and Spanish.

SiriKit now has task management, banking and QR code support. And Siri Intelligence has been redesigned and can learn topics of interest, calendar appointments and more.

The camera app in iOS 11 has support for HEVC video quality and better compression. iOS devices with two cameras, such as the iPhone 7 Plus can now get improved image quality, improved low light and there is now a Depth API for developers.

Live Photos are now editable in iOS 11 and the Photos app has improved the Memories section to recognize more types of events automatically.

The Control Center has been redesigned in iOS 11 and takes up more of the screen in a sort-of grid and new animations. The Lock Screen and Notification Center in iOS 11 are integrated together.

Live Photos can create seamless loops using machine learning. Apple Maps adds detailed floor plans for malls and airports and there is now Do Not Disturb while driving, so notifications are muted while you’re in your car.

The Do Not Disturb Whilst Driving will sent a automatic reply to let people know that you’re driving and will talk to them later. 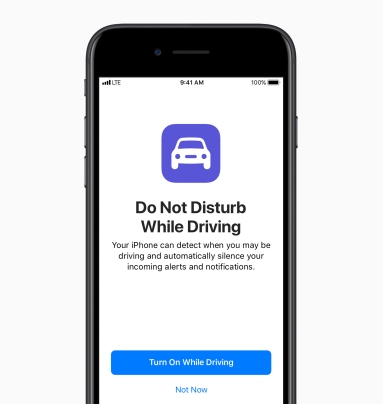 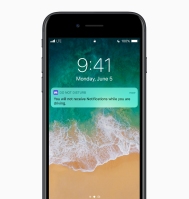 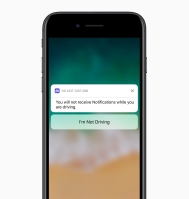 iOS 11 also brings AirPlay 2 which has support for multiroom audio and there will be new audio devices that support AirPlay 2 coming later this year.

The App Store has been redesigned in iOS 11, it’s now divided into five tabs, Today, Games, Apps, Updates and Search.

In the new Today tab, you’ll see things like new apps and upcoming releases and is curated by an editorial team at Apple.

iOS 11 also brings support for Core Technologies such as Metal 2, HEVC, machine learning and Core ML, which is 6x faster than the Google Pixel and Samsung Galaxy S8.

iOS 11 is available now as a developer preview and the final release will be coming this fall.

Some of the demos that Apple showed off included ARKit enhancements to Pokemon GO and a new LEGO app that lets you interact with virtual LEGO.

Apple announced the iPad Pro with a 10.5-inch Retina display. It has much narrower bezels and a brighter display. The 12.9-inch iPad Pro will be getting a better display. 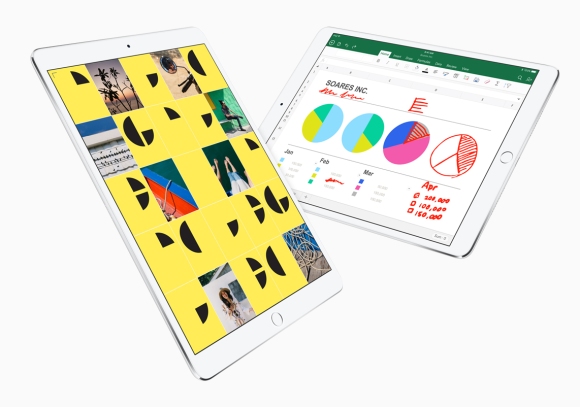 The new 10.5-inch iPad Pro will also get the same camera as the iPhone 7. Even though the new iPad Pro will come with iOS 10, it can be updated to iOS 11 when it comes this fall.

iOS 11 also brings some new features for the iPad. There is now a new Dock that can be accessed from any screen and can show more apps. When you choose an app from the Dock, you can open them in SlideOver. 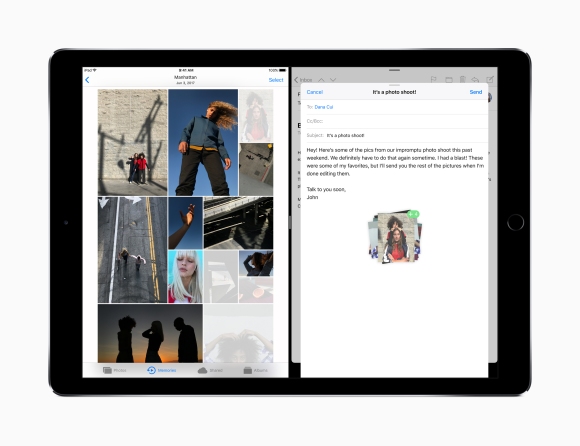 The App Switcher has been updated on iOS 11 and there is now Drag and Drop support on the iPad. iOS 11 also brings a new Files app for iPad and has a recents view, a grid view and a list view, similar to Finder on Mac.

You can also markup PDFs and screenshots using your finger or Apple Pencil in iOS 11 on the iPad. 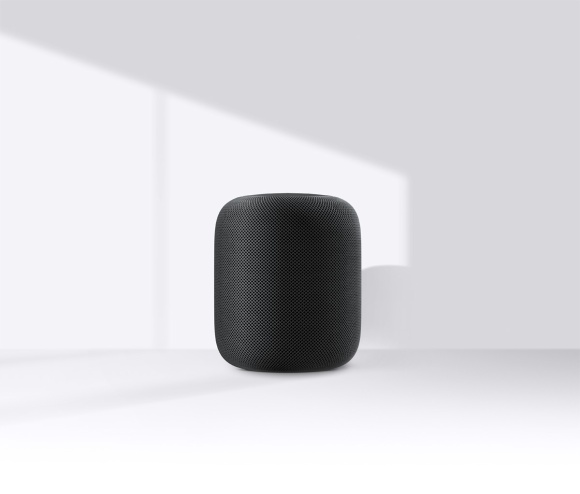 The HomePod is about 7-inches tall has a 7 beam-forming tweeter array. The woofer is 4-inches. The device is being powered by the Apple A8 chip.

The HomePod can detect the space that its it and play the audio accordingly. HomePod is designed to work well with Apple Music and can stream music through it.

There’s a 6 microphone array and the HomePod responds to “Hey, Siri.” And you can ask things like “play something new” or “what was the most popular song last year.”

You can also ask Siri about things like new, weather, traffic, reminders and even control HomeKit devices. The HomePod will be coming later this year for $349 USD. It comes in White and Space Gray and will be available in US, UK and Australia in December and more countries in 2018.

One reply on “Apple WWDC 2017 Keynote: Everything you need to know”

[…] Google has announced a new SDK called ARCore to help bring augmented reality to millions of devices, just like Apple is planning to do with their ARKit in iOS 11. […]