The cat (or should I say cats) is officially out of the bag, this past weekend, an image showing Motorola’s 2017 lineup of phones.The leaked image, which came via a tip from Evan Blass (aka @evleaks) that shows a presentation slide that shows all the models that Motorola plans on releasing this year.

It seems, in addition to the Moto Z & G, the Moto X will be making a comeback with a dual-camera setup dubbed the SmartCam. The Moto E will be coming back as well with a 5-inch Moto E and 5.5-inch Moto E Plus (which will also have a massive 5,000 mAh battery).

The Moto C and C Plus (which as of writing this post, Motorola made official) have a 5-inch 480p and 5-inch 720p displays respectively. The Moto C will have a 4G option and a 2,350 mAh battery while the Moto C Plus has a 4,000 mAh battery and an 8-megapixel rear-facing camera.

A leaked video at the same presentation show the Moto X for 2017 with a 5.2-inch FullHD display, Snapdragon 660 processor, 4GB of RAM and 64GB of internal storage and a 3,800 mAh battery. It will also have a metal body, 3D glass, a “Smart Camera”, IP68 water and dust resistance, AI intergration, always-on voice, 3xCA (3x carrier aggregation) and Moto’s Turbo Charging. 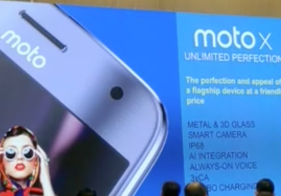 What’s notable absent from this list, is the standard Moto Z but this could be because it may not be launching in the country that this presentation was taking place.