Google Daydream View Review: A step into the future of VR

When Google first introduced their virtual reality platform back at Google I/O 2016, it showed that the company was serious about the new technology. The first headset that works with the Daydream VR platform is the Google Daydream View which isn’t like other headsets on the market.

Being different isn’t necessarily a bad thing, in the case of the Daydream View, it’s actually better that it’s different. I’ve been using the Daydream View for a few weeks and it’s easily one of the best phone-based VR systems I’ve used.

Instead of going with a completely plastic build, Google opted to make their Daydream View headset out of fabric. And this bold choice to, has made using the Daydream VR platform a more enjoyable experience. The headset looks like it’s someone’s pair of sweatpants.

This makes the headset more inviting than the plastic builds of other VR headsets. The headset I tested out was the standard slate gray, there are other colour options (crimson red and snow white) but those aren’t available yet in Canada.

It’s definitely much lighter than other VR headsets like the Samsung Gear VR but slightly heavier than a Google Cardboard headset. The Daydream View also comes with a controller which is almost like a Wii Remote and it used to control the system and play games. And there’s even a slot for the controller to go into in the headset (where your phone would go), so then you don’t have to carry the controller separately.

The controller is made of plastic and consists of a clickable touchpad, a home button and a sort-of menu button. As well as a volume rocker and the controller charges over USB Type-C (of which it doesn’t include a cable).

When I held the controller in my hand, it didn’t feel too small or too big, as Goldilocks and the Three Bears would say, “it’s just right.” And to make sure the controller doesn’t go flying out of your hand, there’s a wrist strap. 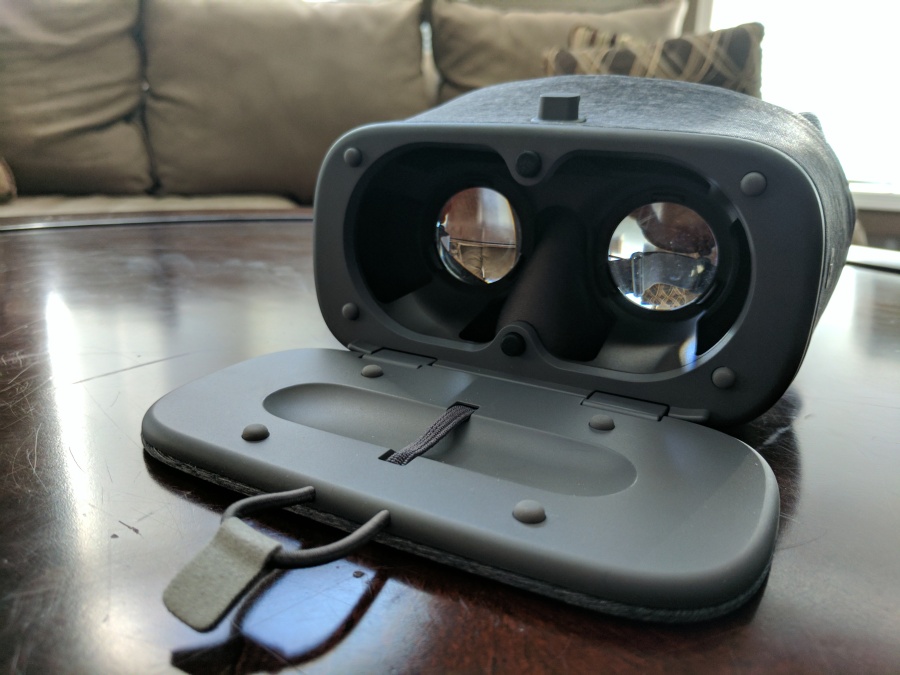 I shouldn’t say that the headset isn’t completely without plastic, most of the main structure, especially where you place your phone, is made from plastic. When wearing the headset, it’s easily adjustable using the plastic tabs on the head straps.

Once your phone is in the headset, the ports to your device are easily accessible so you can plug in headphones and/or to charge your phone while using the headset.

The Daydream View will only work with Daydream-ready phones (which are certain phone running Android 7.0 Nougat or later. Beyond the Google Pixel phones, there’s about three other phones that are considered Daydream-ready.

* Denotes that these phones are coming soon or will be getting an Android 7.0 Nougat to make it Daydream-ready.

I’m nearsighted (so that means I can see stuff up close but not stuff in the distance) and I wear glasses all the time and the Daydream View can easily be worn with glasses without any discomfort or having your glasses pressed up against your face. 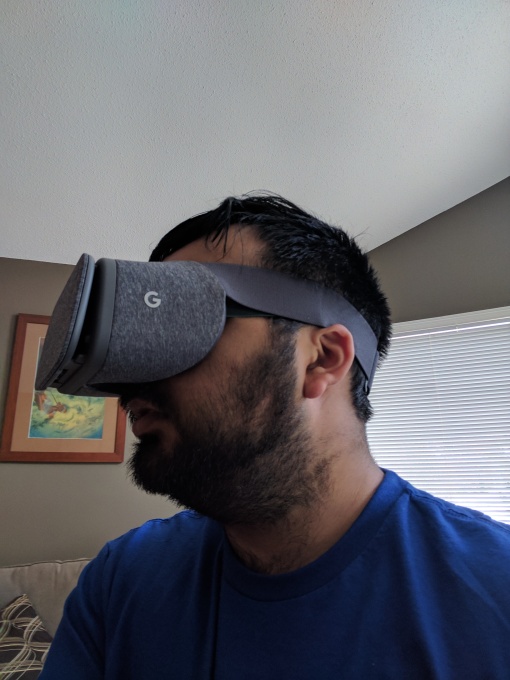 Since most of the weight is on my forehead while wearing the Daydream View, the soft fabric materials make it easier to wear for long periods of time. And I did experience some light bleed while the headset was being worn but not too much to take me away from the experience.

For a better Daydream experience, I would recommend a phone with a high-resolution screen and black bezels around the screen, such as a black Pixel XL.

The Daydream View is available in the one slate gray colour in Canada from the Google Store, Best Buy for $99 CAD.

To enter the world of Daydream, all you have to do is place your Daydream-ready phone into the headset and your phone will automatically open Google Daydream, thanks to the NFC chip built into where your phone is placed.

On first use, you’ll be prompted to pair your Daydream controller, which connects to your phone via bluetooth and also requires location to be on as well. Once that’s all sorted out, you’ll be given a short tutorial about how the controller works and how to navigate Google Daydream.

As of right now, there’s about 100 or so apps and games for Google Daydream. That may not seem like a lot but it’s enough to get some variety.

To navigate around Daydream, you use the controller to either swipe on the touchpad or point and click. There’s a few Google apps that available to use in Daydream, such as YouTube, Google Street View, Play Movies, Photos and Arts & Culture.

For the Google Arts & Culture app in Daydream, you’re put into a virtual gallery where you can look at pieces of artwork. If you’re not a fan of Google’s VR offerings, you can go to the Google Play Store in Daydream to get a selection of apps and games such as New York Times VR where you can watch their documentaries in VR or Wonderglade which offers carnival like games and heavily relies on using the Daydream controller to play it’s games. In term of how Daydream affect your phone’s battery life, using the Daydream View with the Pixel XL consumed about 10-15% of battery life after an hour or so of usage. Another thing to note is that your phone will get hot after using it for Daydream. And if you’re using the Google Pixel, it will hot to touch because of the phone’s metal construction. 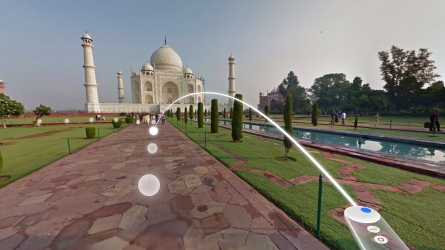 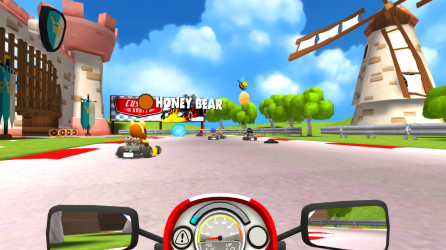 But theoretically, you could plug your phone into a wall charger or a portable battery pack and continue using your phone in Daydream for hours on end, since the ports of your phone are easily accessible in the headset. 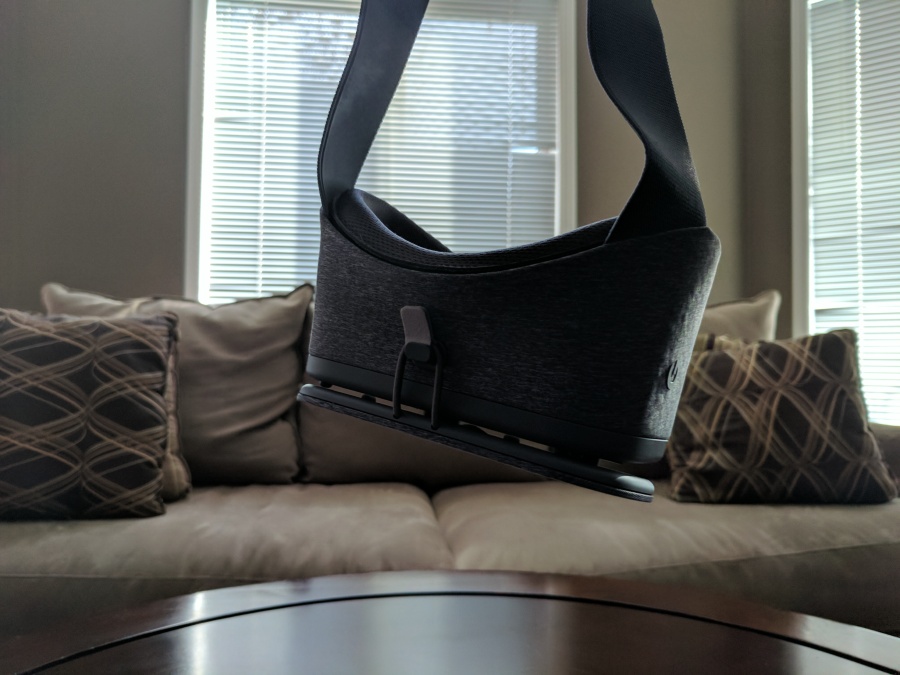 Even though virtual reality is still in it’s infancy, mobile VR is where I believe where we’ll be seeing more innovation and refinement. 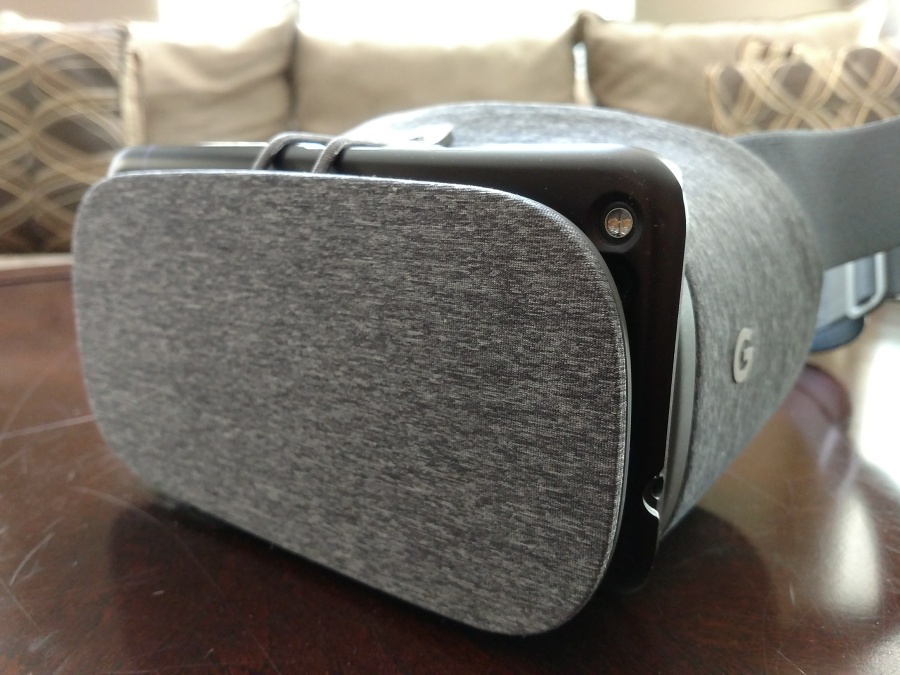 Overall, I love the Daydream View headset, it offers a great VR experience that isn’t just tied to a specific manufacturer (looking at you Samsung). As more phones become Daydream-ready, it will only be a matter of time before we’re all using VR headsets.

If you’re looking for the one of the best VR headsets for phones, then look no further than the Google Daydream View. 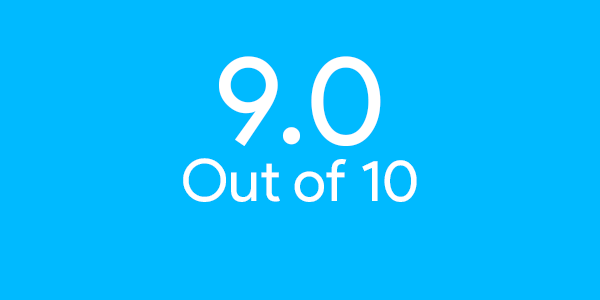 One thought on “Google Daydream View Review: A step into the future of VR”