Snap Inc., (Snapchat’s parent company) has released their public filing to the US Securities and Exchange Commission (SEC). Late last year, the company confidentially filed for an IPO.

Snap has aptly  picked the ticker symbol, “SNAP” and the company is planning on going public in early March. Since launching more than five years ago, Snapchat currently has over 158 million daily active users.

With this IPO, the company is hoping to raise $3 billion, which would value Snap Inc at about $20 billion.

Back in September 2016, the company rebranded as Snap Inc and Snapchat became a product of the company. At the same time, the company also released their first hardware product called Spectacles, which were a pair of smart glasses that could record up to 10-30 seconds of circular video or pictures, without pulling out your phone. As of right now, the Snap Spectacles are only available via their travelling Snapbot vending machine.

However, Snap said in their SEC filing that “we plan to significantly broaden the distribution of Spectacles.” So that should make it easier for people to purchase the smart glasses.

The company also said that up until now, their Spectacles hasn’t generated a significant amount of revenue, this is probably because they were hard to get and the Snapbots had long lines. 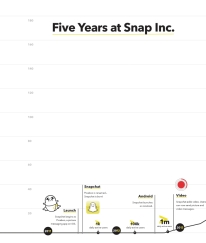 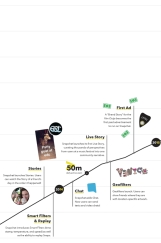 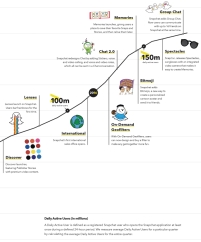