This post will be focusing on the apps that I used the most this year, so much that I consider them my favourite apps of 2016. Some of these apps might not have come out in 2015 but some have been significantly since last year’s post: Favourite Apps of 2015.

Some of these apps are just available on only one platform (just Android or just iOS) but some of them are multiplatform in which they are on both Android and iOS and have a web app as well.

The links to download these apps will be in the form of “Get on Google Play” or “Get it on the App Store” picture after each app description.

Action Launcher is designed to replace the look of your Android device’s home screen. I use Action Launcher as my main launcher on all my devices. It brings the best of the Google Now Launcher and offers a unique twist on a traditional launcher in the form of the Quick Drawer where all the apps are housed. 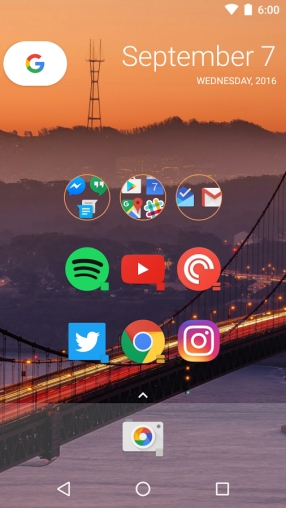 Over the past year, since the big 3.0 release back in December 2015, the launcher’s developer, Chris Lacy has continued to make improvements to the launcher including adding features from the Pixel Launcher as found on the Google Pixel phones.

Sync is a great reddit app for Android. It is the most fully featured and offers the best value for the money and keeps getting better with each update. 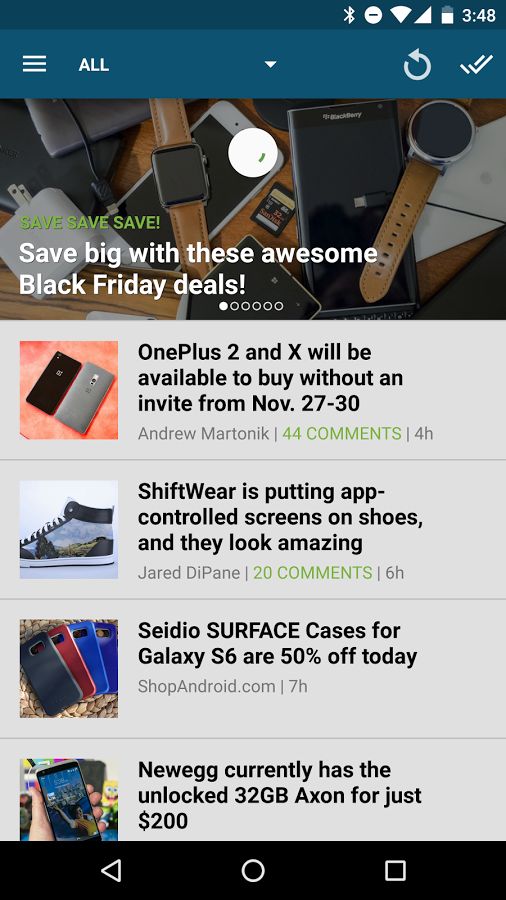 When I’m not writing articles for TheCanadianTechie, I’m usually reading other tech news sites. One of my favourite ones that specifically focuses on Android is Android Central. And their app for Android makes it easy to catch up with the latest Android news and helpful tips. 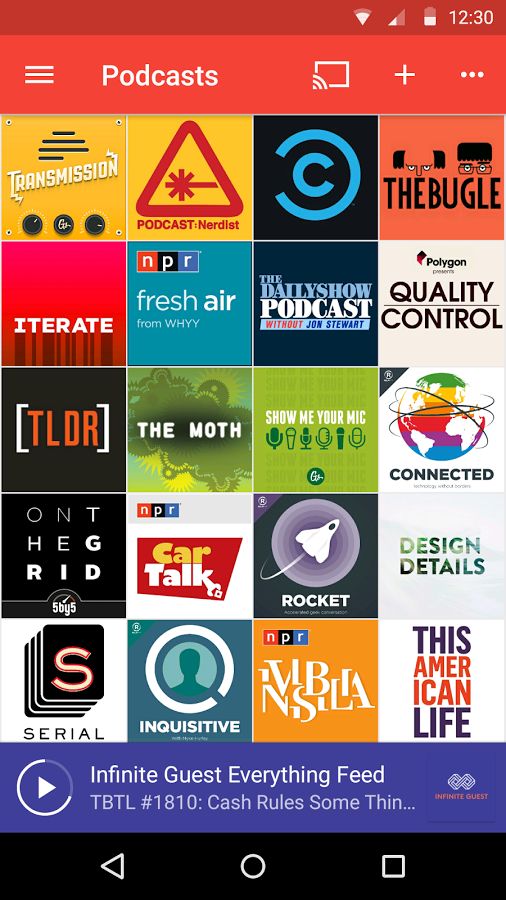 If you are one of those people who love listening to podcasts (such as myself), here is an awesome app for you. Pocket Casts has a clean design and lots of features including Chromecast support. It is available on Android and iOS, you can even start a podcast on one device and continue listening on another by utilizing the app’s sync feature. 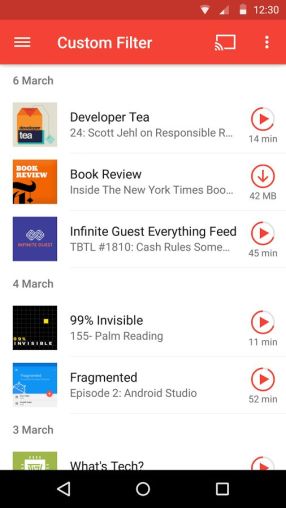 Pocket Casts is also has a web app, it’s available on their website for a one-time fee of $9. 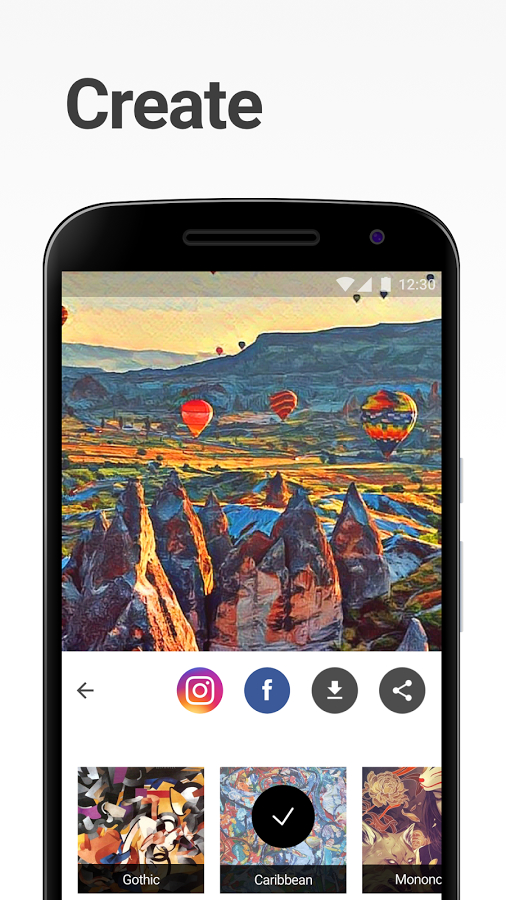 Prisma will transform your photos and videos into works of art (that are inspired by famous artists such as Van Gogh, Picasso, Levitan) using neural networks and artificial intelligence. 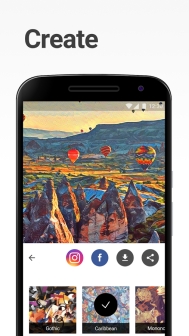 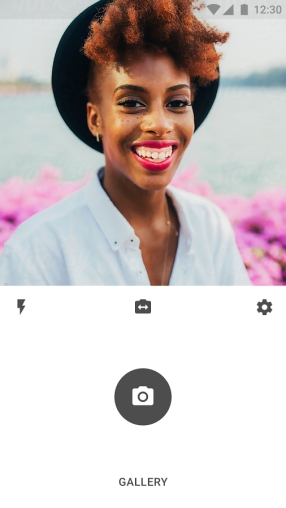 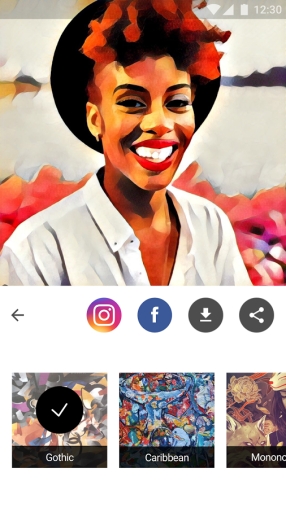 Ever since Google introduced Google Photos back at Google I/O 2015, it’s been my go to app/service to keep all my photos from all my devices. As soon as I take a photos, it’s automatically uploaded to Google Photos. 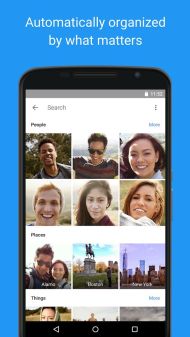 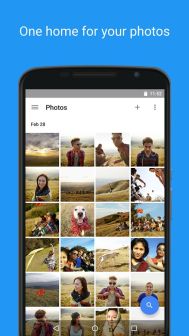 Also, there are so many ways that your photos organized. If you want to just view photos of one particular person, you can because of the facial recognition that’s built into Google Photos. You could even just find photos from certain places that you’ve been to. 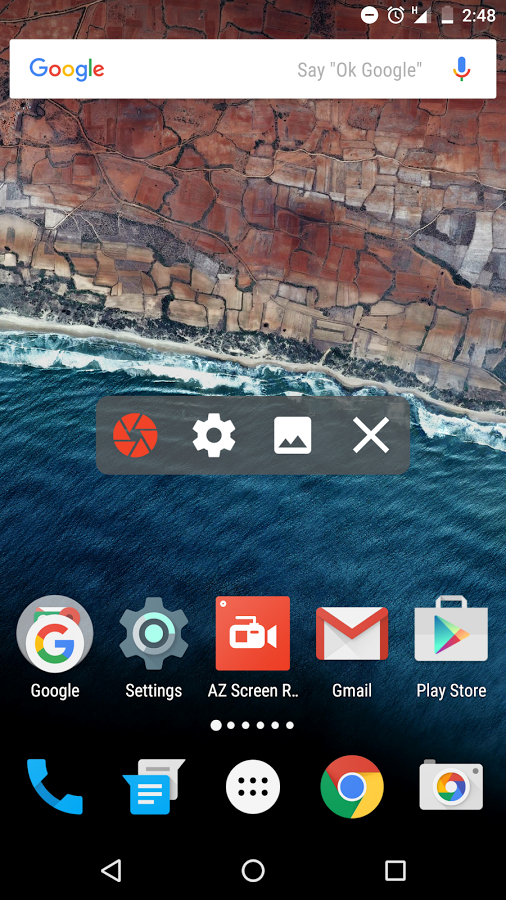 This is one of the best screen recorders out there on Google Play. The best part is that all the features are free. The in-app purchases are for features that make the app even better but they aren’t necessary. 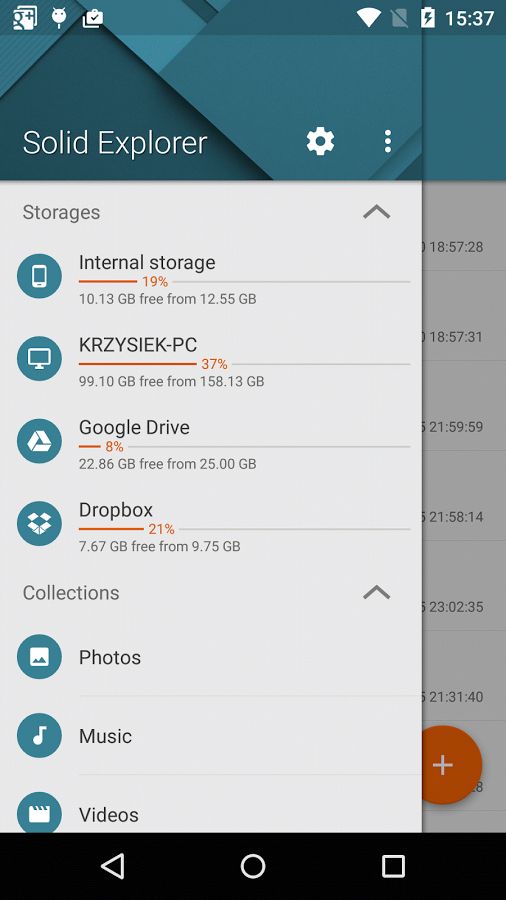 Over the past year, Solid Explorer has been my go-to file explorer, it offers the same features as ES Explorer but with a better implementation of material design (and no crapware like the free version of ES Explorer has).

The app is free to download but you only get a 14-day trial then you’ll need to buy the $1.99 in-app purchase to unlock everything permanently.

When I post some of my sketches or other photos to Instagram, I like to make collages out of them and Instagram’s Layout app is great for that. 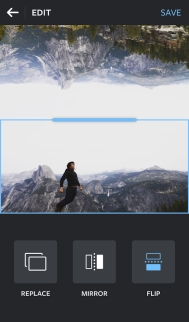 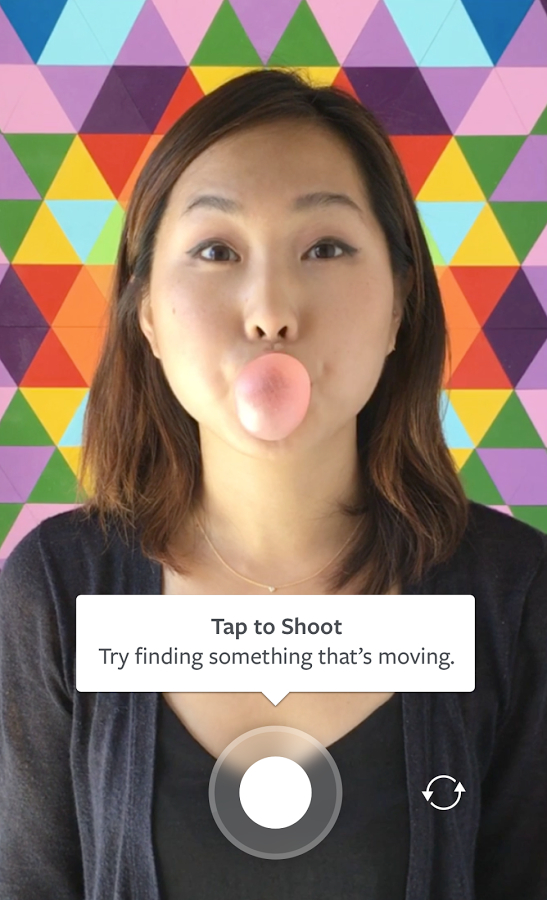 Boomerang is an app that will allow you to create mini videos that loop continuously (almost like a gif). How it works, is that when you press the shutter button in the app, it will take a burst of 10 photos and then stitch them together.

Plex is a great way to organize your media collection. Plex will automatically pull-in metadata so you have more information about your movies, tv shows and music. The mobile apps make it so then you can watch your stuff while on the go or even cast it to a Chromecast or Apple TV. 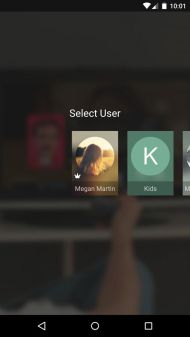 Backdrops is one of the best-looking wallpaper apps out there. There are literally hundreds of original wallpapers to choose from.

Hypocam is the most recent app that I discovered. Basically it’s a great app for black and white photography on your phone. 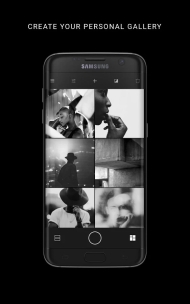 Quik allows your to create automatic edits and beautiful videos in a just a few simple taps. GoPro acquired the app back in February 2016 and it’s one of my favourite apps to use when uploading videos to Instagram. 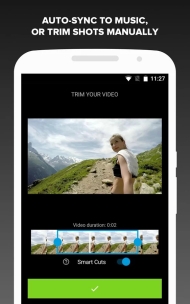 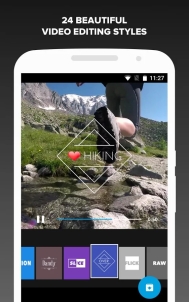 Here’s one of the videos I’ve made using Quik. 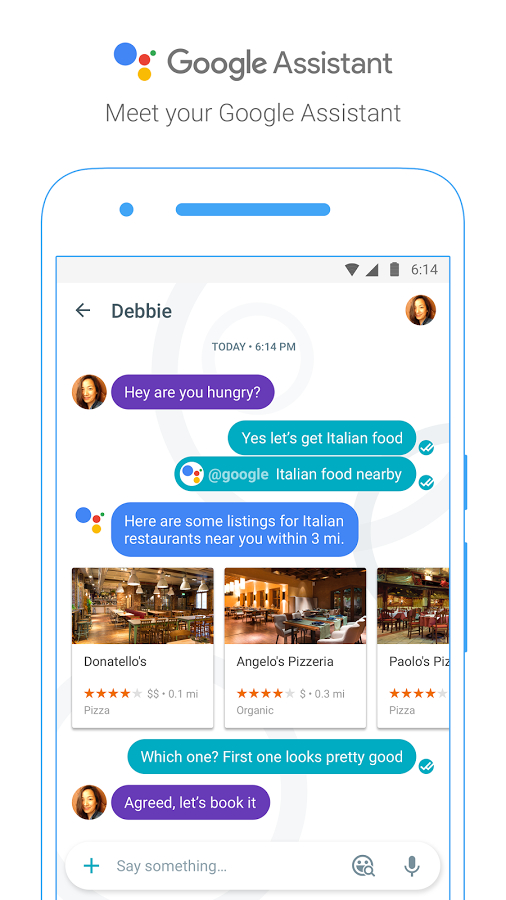 Allo is a smart messaging app that allows you to say and do more. Some of the apps features include Smart Reply which allow you to respond to messages without typing a single word. Smart Reply learns over time and suggests responses to text and photos, in your style. 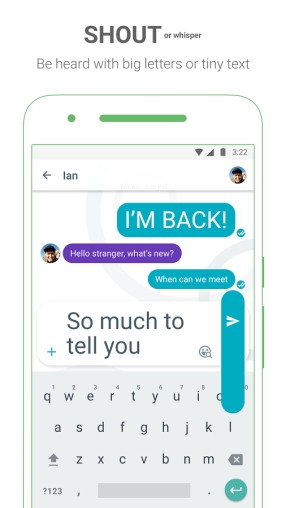 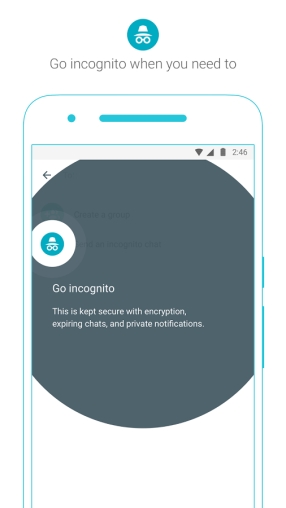 Instapaper is one of favourite apps to use when reading articles. It makes everything so simplified and no intrusions like ads to break up the reading flow. And you can also read articles offline with Instapaper. 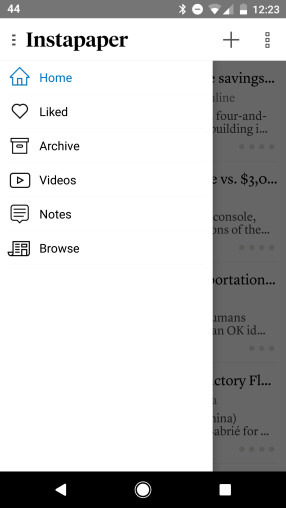 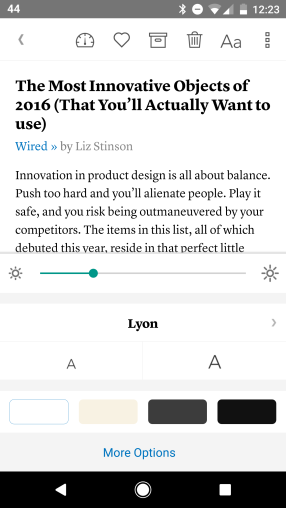 Back in August 2016, Instapaper was acquired by Pinterest and in November, Instapaper got rid of their “Premium” subscription and all the “Premium” features are now free to all users.

There is also a web version of Instapaper, so you can read your articles more clearly.