Microsoft made a few announcements at their event in NYC, including details about the next release of Windows 10 entitled the Creator’s Update to an all-in-one desktop computer called the Surface Studio.

And in case you missed the event, you can rewatch it here.

The next major update for Windows 10 that will be released in Spring 2017, has an emphasis on creativity as well as productivity and gaming. 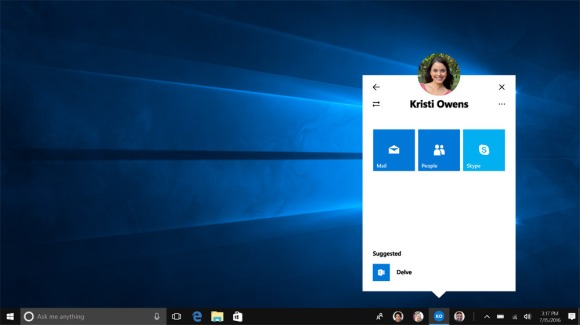 Microsoft has introduced Paint 3D which will allow you to create art in a 3D space. And with Paint 3D, Microsoft also introduced Remix 3D, which is an online community that people can share their creations with other people.

Microsoft Office will also be able to support 3D models and new inking capabilities in the Creators Update.

In addition, Microsoft is trying to bring mixed reality to the masses by announcing that HP, Lenovo, ASUS, Dell and Acer will be creating VR headsets that are also capable of mixed reality via the Creators Update. The headsets will have sensors throughout and have six-degrees of freedom that should make it easy for plug and play. These headsets should be coming in 2017 and start at $299 USD. 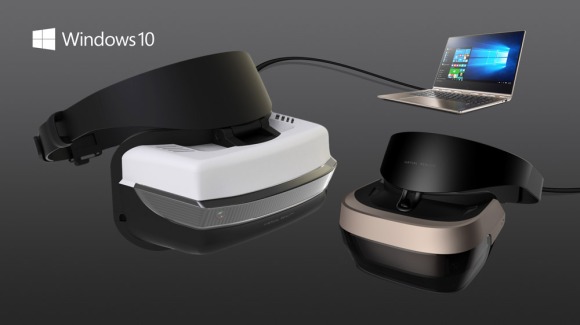 Gamers aren’t left out of the fun of the Windows Creators Update, Microsoft announced that Beam (the Twitch-like game-streaming service that Microsoft acquired in August) will be integrated into the next Windows update. With a quick press of the Windows key and the G button, you can instantly start a new live stream.

Beam has similar features to Amazon-owned, Twitch but Beam offers low latency, so there isn’t a big delay between when the something happens in the game and what a viewer sees. Beam also has a rewards-like system that awards viewers with “experience points” which can then be spent on customizing your interface and for voting what a game streamer might do while playing.

Dolby Atmos X and bitstream audio will be coming to the Xbox One S with the Creators Update, coming in the spring. Microsoft is also bringing Arena to Xbox Live and will add tournaments that are created by gamers.

Surface Book with Performance Base

Microsoft has given the Surface Book a performance upgrade with the Performance Base lineup. There will be three new models of the Surface Book with 6th Generation Intel Core i7 processors and have twice the graphics processing power with the help of the NVIDIA GeForce GTX 965M GPU. 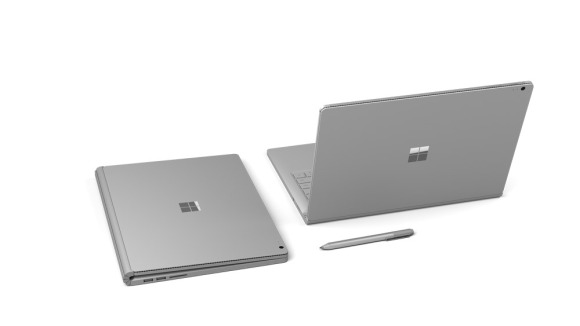 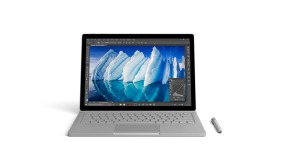 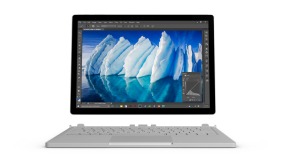 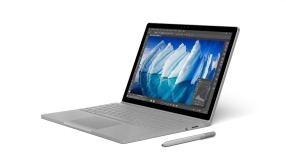 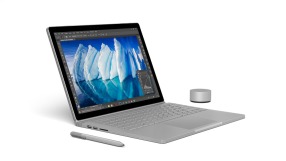 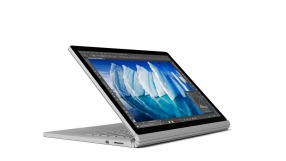 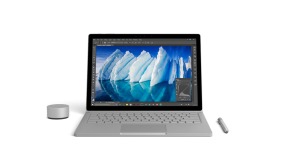 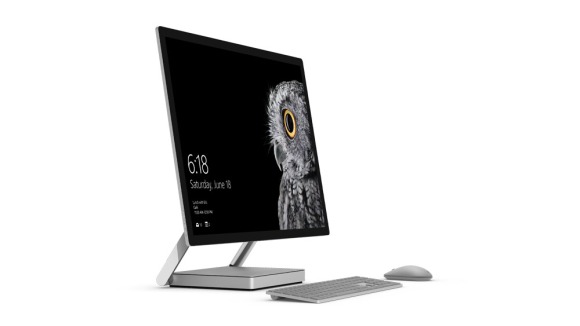 The Surface Studio has one of the thinnest LCD displays on the market, it is a 28-inch touchscreen and has PixelSense which can immerse the user in 13.5 million pixels that are true-to-life and is about 63% more than a 4K TV. The display has a 3:2 aspect ratio.

For ports, on the base portion of the computer has four full-size USB 3.0 ports, a full-size SD card reader, 3.5mm headphone jack, mini displayport and a gigabit ethernet port. You’ll also find eight speakers in the display and two in the base that have Dolby Audio. On the monitor, there’s also a 5-megapixel front-facing camera with 1080p video support and works with Windows Hello which allows users to sign-in using their face. 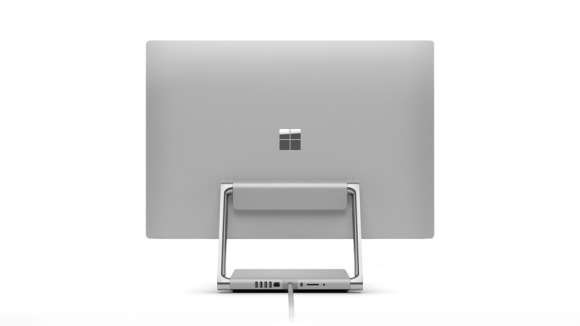 The new computer has a “Zero Gravity Hinge” which will allow users to change the display from a 20-degree angle (which is the same as a standard drafting board) to a full upright position. Inside, you’ll find a 6th Generation Intel Core processor with a discrete NVIDIA GeForce GPU which should bring smooth and immersive graphics performance and provide enough power to run professional software.

Microsoft also introduced the Surface Dial which is a puck-like device that can be placed on the Surface Studio’s touchscreen to interact with different programs. It will also work with the Surface Pro 3, Pro 4 and all Book models and will retail for $99 USD but for a limited time, will be included with Surface Studio orders (while the Surface Studio will also include a Surface Pen and the new Surface Mouse and Surface Keyboard). 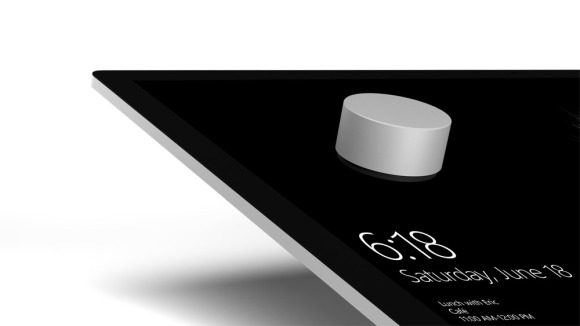 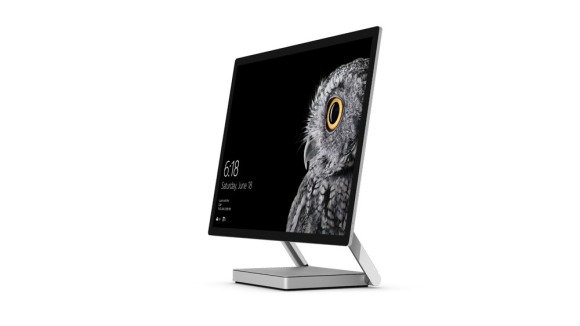 All models will release on December 15th 2016 but are available for pre-order now on the US Microsoft Store, however Canadian pricing and availability have yet to be announced. 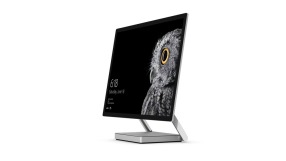 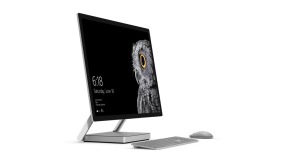 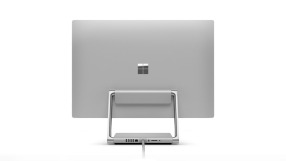 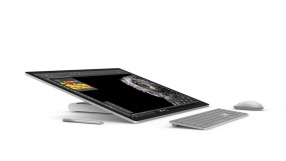 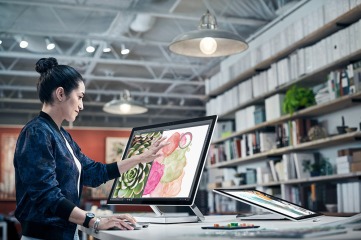 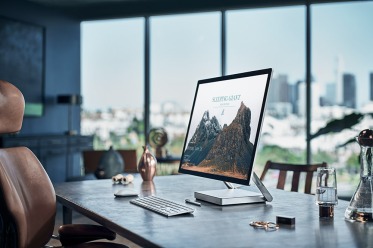 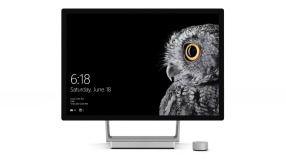 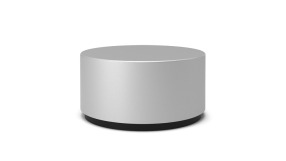 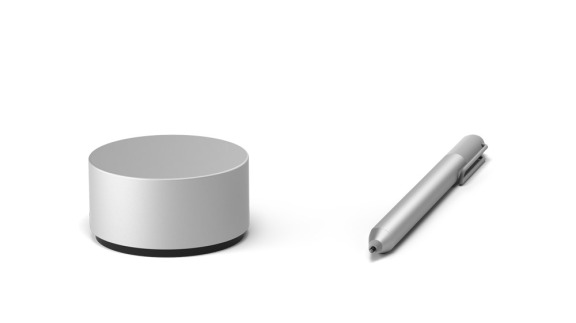 One reply on “Microsoft October 26th 2016 Event: Everything you need to know”