Ubisoft made quite a few announcements at their annual E3 press conference and they had some cool games to show off.

In case you missed it, you’ll find the entire press conference below.

Ubisoft first started off by announcing that Just Dance will be back this October with new songs and visuals. The game will be coming to all current and previous gen consoles and PC this year and will come to the Nintendo NX console in 2017.

This year also marks the 30th birthday of Ubisoft and to celebrate, the company is going to offering free outfits for players in The Division for your character. One of them is a Sam Fisher outfit.

Ubisoft will also be offering one free Ubisoft game each month for PC as part of Ubi Club and to celebrate the company’s birthday.

The game was a surprise announcement at E3 2015 and this year, Ubisoft showed off some new gameplay as well as a release date. Ubisoft says the game is the very first military shooter in a massive, dangerous, and responsive open world that you can play entirely solo or in four-player co-op.

South Park: The Fractured But Whole

Ubisoft showed off some actual gameplay of the upcoming game and they announced a official release date. South Park: The Fractured But Whole will be coming out on December 6th, 2016 for Xbox One, PS4 and PC. Also if you pre-order now, you’ll get a copy of the first game for free. 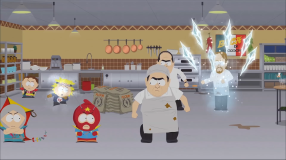 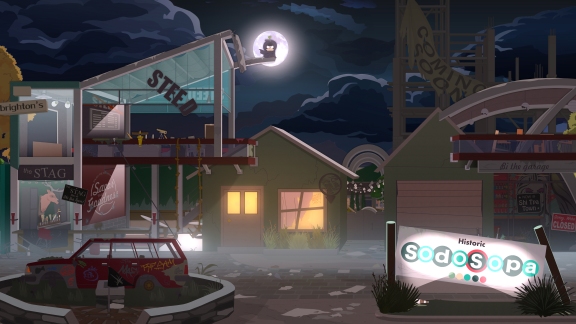 Ubisoft announced the first ever Star Trek game in VR. Here’s the official description for the game.

Star Trek: Bridge Crew puts you and your friends in the heart of a starship, where- as officers of the Federation- every action and decision you make together will determine the fate of your ship and crew. Developed specifically for VR, Star Trek: Bridge Crew is the only game to offer a true-to-life level of immersion in the Star Trek universe.

The game will be released at the launch of the PlayStation VR and will also be coming to the Oculus Rift and HTC Vive around the same time. 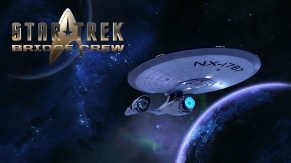 This game was also announced at last year’s E3 conference. It’s a fighting game with fighters and warriors from different time periods in time. It will launch on February 14th, 2017 for Xbox One, PS4 and PC.

Ubisoft showed a bit of footage of the upcoming Assassin’s Creed movie starring Michael Fassbender. The movie will be released on December 21st, 2016.

Ubisoft showed off some more gameplay of Watch Dogs 2. It had the main character, Marcus infiltrating a ctOS office to steal some files from their servers. Watch Dogs 2 launches on November 15th, 2016 for Xbox One, PS4 and PC.

Ubisoft also announced that a Watch Dogs movie is in the works (but it could depend on the success of the upcoming Assassin’s Creed movie). 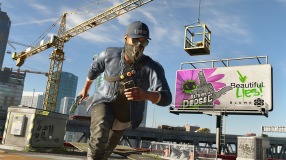 Developed exclusively for VR, Eagle Flight sends you to the skies of one of the most visited cities to experience the freedom of flying and heart-pounding aerial dogfights like never before!
Fifty years after humans vanished from the face of the Earth, wildlife and nature reclaimed its cities, leaving you with a breathtaking city playground in Paris. As an eagle, you soar past iconic landmarks and dive through narrow streets in order to fight opponents and protect your territory.
Featuring our VR control breakthrough, you will learn to perform intuitively impressive aerial maneuvers in just a few minutes. With other specific innovations, flying in VR has never been this easy and comfortable.
Whether you always wanted to experience Paris from a birds eye view or wanted to live the thrill of hunting like a bird of prey, Eagle Flight lets you fulfill your dreams!

The game will be coming this fall for PlayStation VR (at it’s launch), HTC Vive and Oculus Rift.

Trials of the Blood Dragon

This game combines the gameplay of the Trials series of games with the unique artstyle of Far Cry 3: Blood Dragon.

Featuring a cast of colorful characters, fully animated cutscenes and a seriously deranged spectacular storyline. And as it is a Trials game, you can expect hot competition with Ghost mode, Global Score and Leaderboards. The road to the top is long and winding, and full of things that might go boom

The game is available right now for Xbox One, PS4 and PC. 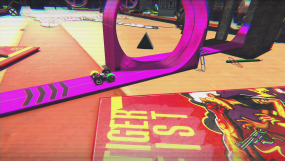 Ubisoft has announced a sequel to their game, Grow Home from 2015. In Grow Up, players must guide little robot BUD around an entire alien world as he embarks on a dizzying mission that will see him leaping, rolling, bouncing and flying his way through a stunning and virtually boundless new open world.

Grow Up will be available digitally on Xbox One, PS4 and PC in August.

Steep is a new type of game for Ubisoft.

It is a new action sports game, taking players to the open world of the Alps and Alaska. The game offers a variety of sports, including skiing, wingsuiting, snowboarding and paragliding.

The wild and massive mountain environment offers a wide range of activities and opportunities, allowing players to freely ride, compete, and pull off crazy stunts. In Steep, players can meet up with riders from all over the world and share their experiences with their friends and the world.

Think of this like Ubisoft’s version of SSX. The game will be coming out for Xbox One, PS4 and PC this winter season (i.e around December).