Apple made a few announcements at their ‘Let us loop you in’ event at their headquarters in Cupertino.

Some of the announcements include an updated 4-inch iPhone, a regular-sized iPad, some new bands for the Apple Watch and as well as some updates to iOS and tvOS.

After countless rumors, Apple officially announced the iPhone SE. Most of the rumors were calling it the iPhone 5SE but Apple seemed to drop the ‘5’ from the name.

It’s paired with 1GB of RAM and you can get it with 16GB or 64GB of storage. The camera is the same 16-megapixel sensor found on the iPhone 6S & 6S Plus, that means it can take 4K video.

The iPhone SE will also be running iOS 9.3 (which was also announced today) when it launches.

The new 4-inch iPhone also has NFC built-in, so it has support for Apple Pay (where supported).

Apple will also be launching it more countries by the end of May.

Apple announced a 9.7-inch version of the iPad Pro which launched last year with a 12.9-inch display.

This regular-sized iPad Pro has the same internals as its bigger counterpart but just in a small body. You’ll still find the same Apple A9X processor which has 12 graphics cores and a teraflop of processing power.

It also has the same M9 motion co-processor that the iPhone SE, 6S and 6S Plus have, to help enable “Hey Siri”.

The iPad Pro 9.7 will also support the Apple Pencil and has a Smart Connector that can connect to new accessories including a new Smart Keyboard designed for the smaller iPad Pro. 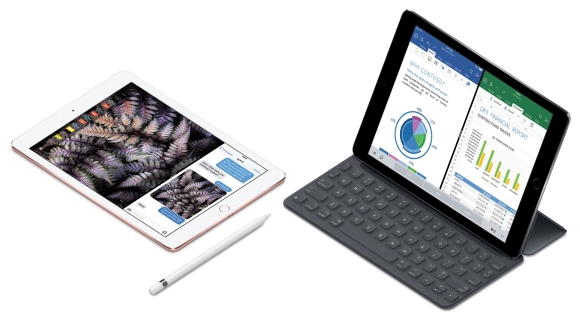 Apple says that the display on this new iPad is 40% less reflective than the iPad Air 2 and 25% brighter. It also has four speakers like the iPad Pro 12.9.

It also has a Touch ID sensor, which the iPad Air 2 didn’t have.

The iPad Pro 9.7 will come in four colours, Space Gray, Gold, Silver and Rose Gold. It will also come in 32GB, 128GB and 256GB of storage (which is new for this year and Apple has added this option to the bigger iPad Pro).

Here’s the pricing for the iPad Pro 9.7 in Canada.

It will be available in more countries in early April.

New bands for the Apple Watch

Apple didn’t announce a new Apple Watch (but they could in the fall), the first Apple Watch is just 11 months old and typically, Apple will wait a year or more before updating a product.

Apple did announce a price drop to the Apple Watch Sport, the 38mm version will start at cost $399 CAD, which is down from $449 when the Apple Watch first launch in April 2015.

Apple also announced some new bands for the Apple Watch. Some of them are woven nylon and some are bundled with the Apple Watch Sport or sold separately for $69 CAD in seven colours.

There are also some new Sport Band colour options including a apricot, yellow, light pink and mint. These will each cost $69 CAD.

The last new set of bands are the new leather Modern Buckle colour options, they now come in yellow or red and cost $329 CAD.

Apple also introduced a new version of iOS. It will bring a number of changes including Night Shift which will change the display temperature to make using your phone at night, much easier and make your eyes less strained because the “blue light”.

There is also enhancements to Notes by being able to lock your notes via Touch ID, Apple News will be better curated for your tastes and you’ll get better story suggestions, CarPlay will be getting better Apple Music integration with the ability to access the For You custom playlist suggestion screen  and using the iPad for education.

You can download iOS 9.3 right now (but I would suggest waiting in case there are some major bugs in it). 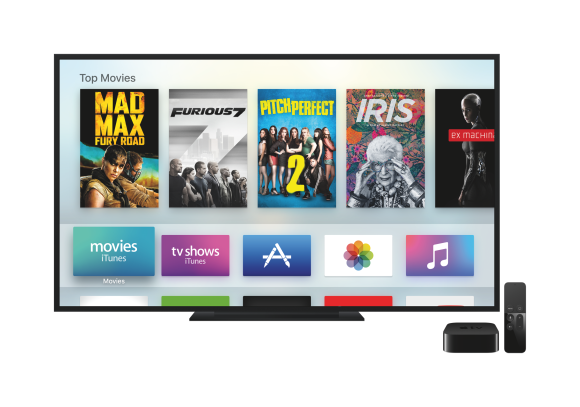 Apple also released an update to tvOS along with iOS 9.3. The new update brings improvements to the Apple TV (4th gen) experience. Users will be able to organize their apps into folders and see there iCloud Photo library and you’ll also be able to view Live Photos that were taken on your iPhone 6S or 6S Plus and see them on the big screen.