Google’s Nexus lineup has been a great way to show off pure, stock Android. These devices have played a key role for developers and die-hard Android enthusiasts but it hasn’t really become much more than that. It has never really become known to the everyday consumer to the extent as the iPhone or Samsung’s flagship ‘Galaxy S’ devices.

After using the Nexus 6P for a few weeks now, this is easily one of the best Nexus phones since the launch of the Nexus One in 2010.

In this review, I will cover the following areas: 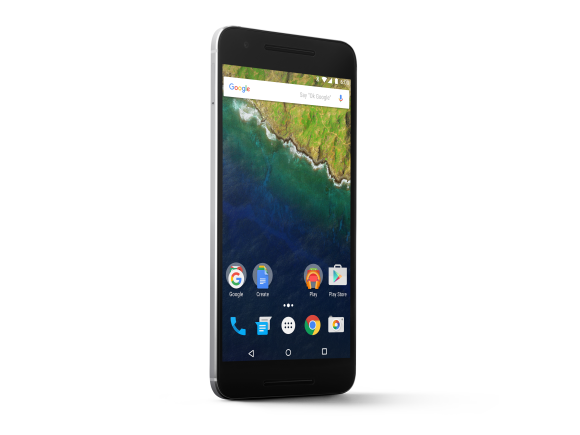 The most prominent feature of the Nexus 6 is the display. It is a 5.7-inch AMOLED display with a resolution of 2560×1440, which is 518 pixels per inch. It is a beautiful display to look at.

The display looks good from all angles, no matter how you look at it. Videos especially look great on it but I wouldn’t stare at this screen for more than an hour or so.

The Nexus 6P is not as wide as last year’s Nexus 6 but the Nexus 6P is a taller device and some may say that it looks slightly like an iPhone. It seems easier for consumers to hold in one-hand than last year’s model.

When you hold the device, it feels smaller than it is. However holding the device, it may seem a bit slippery and you may be prone to dropping it (I would recommend getting a case and there are few good ones out there).

Along with that, the build quality of the Nexus 6P is great. The volume and the power buttons have a great feel to them. That metal design feels great in the hands, it makes feel like a premium device. The ‘P’ in the name stands for premium which this device definitely does.

The Nexus 6P is sporting a Qualcomm Snapdragon 810 processor, clocked at 2.0 GHz along with 3GB of RAM. It comes in three colours, Aluminium (aka silver),Graphite (aka black) and Frost (white) and three capacities, 32GB, 64GB or 128GB. Just like other Nexus devices, there is no MicroSD card slot for expandable storage.

The Snapdragon 810 provides plenty of power to help light the 2560×1440 display (which looks great). It also is enough power for everyday tasks as well as playing games. The 6P’s 3GB of RAM is a good amount to help the Snapdragon 810.

To power all of this, is a massive 3450 mAh battery, in my daily usage the Nexus 6P last all day. I would take it off the charger at around 6:30 AM and it would be at around 40-50% at the end of the day. The battery life lasts longer with the help of the Doze feature in Android 6.0 Marshmallow, which puts your apps to standby so then they aren’t using your battery when you aren’t using your device.

You won’t need to charge your Nexus 6P as often or in the middle of the day because of the Doze feature.

The Nexus 6P does not support for Qualcomm’s quick charge technology. Instead, Google has put in something called Fast Charge because the Nexus 6P (and the Nexus 5X) have USB Type-C and it is still relatively new technology.

Another reason as to why someone would buy a Nexus phone is that it is sold unlocked and  can be used on any carrier in the world. This means that you can pop in a nanoSIM from a local carrier and you’re good to go. It even has support for LTE around the world.

One of the prominent feature on the Nexus 6P (as well as the 5X) is the introduction of a fingerprint sensor. It’s called Nexus Imprint and it works really well and it’s quick too. It is located on the back, right below the camera and just above the Nexus branding.

The sensor is the perfect spot because when you take the device out of your pocket, your index naturally rests near the sensor’s location. After using through my testing, it became more natural and almost second nature and the phone was unlocked as soon as I pulled it out of my pocket.

The Nexus 6P one of the first smartphones running Android 6.0 Marshmallow (the other being the Nexus 5X). This update is more of a minor one and not as major as 5.0 Lollipop (which had a complete overhaul). The 6.0 update still continues the design language, ‘Material Design’ that was introduced in 5.0.

Android 6.0 Marshmallow seems like a more stable version of Lollipop. Some of the new features in 6.0 such as Now on Tap are great but I didn’t end up using as often as I thought it would. Also in 6.0, are custom app permissions, improved microSD support, granular app & memory management and better battery performance.

The Nexus line of the devices have always been a great way if you want the latest version of Android without any skins (like TouchWiz, HTC Sense, LG’s custom skin). You’ll be getting your updates straight from the source (Google) and you can expect updates for at least two years once the device is released. 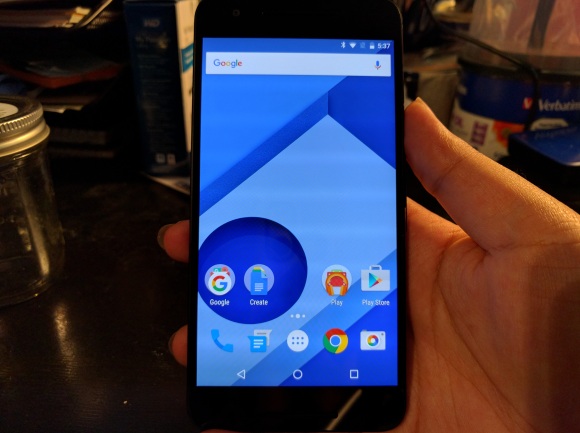 In years past, each Nexus phone would have some  sort-of downfall that would prevent them from being the best all-around Android device. Some of these cons would include, hardware compromises, buggy Android updates, terrible camera, so-so battery life and uninspired design.

The Nexus 6P was released without any of that.

Each year when Google along with a hardware partner release a Nexus phone, they make improvements to the camera sensors and software. And each year, they seem to fool us.

The cameras on the past Nexus phones were just considered to mediocre to good but not great and people would still consider the camera on the iPhone to be the best of the best.

It’s understandable that when Google said that this year’s Nexus phones has great camera, we all take this in with a grain of salt. 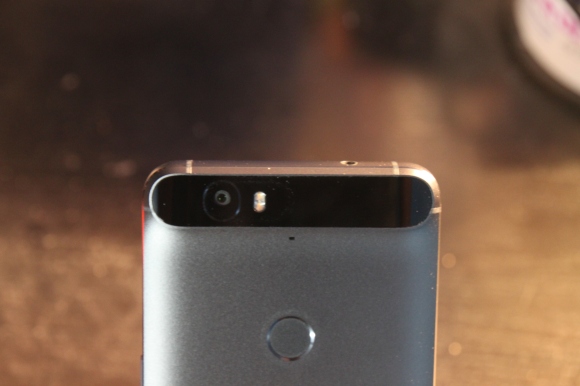 But it turns out that Google actually was telling the truth. The Nexus 6P has a great camera. It has a 12.3 megapixel rear-facing camera with 1.55um pixels (micron pixels), a f2.0 lens and laser-assisted autofocus. It is capable of recording 4K video at 30fps. The front-facing camera is 8 megapixels and as Google puts it, should be “great for selfies”.

The Nexus 6P can also take slow-motion video at either 120fps (frames per second) or 240fps.

Here is some sample slow-mo footage.

The Sony camera sensor was a great choice made by Google and it’s on par or better than the camera on the Galaxy S6 or the iPhone 6S.

The camera app on the Nexus 6P is fairly straightforward and simple to use. Some have had some issues with the app but in my testing, I didn’t experience any issues.

The camera also has Auto HDR+ which is Google’s version of High Dynamic Range photography. Taking HDR+ photos will take a few seconds longer as compared to taking pictures without it.

Here are some sample shots taken on the Nexus 6P.

If you are looking for a premium smartphone that runs stock Android, has a great camera and can be used on basically any carrier in the world, the Nexus 6P is worth looking at as an alternative to the Samsung Galaxy S6, LG G4, Sony Xperia Z5 and OnePlus 2.

The Nexus 6P may not be perfect but it is best all-round device and a great way to experience pure Android. It pairs great hardware with great software. Even with the high price tag, it still offers a great value for an awesome smartphone.

– Price may be too much for some

– Too big for some

One reply on “Nexus 6P Review: The Best of Android”