Apple September 9th 2015 Event: Everything you need to know

There was quite a few announcements that Apple made today including a brand new iPad, a new Apple TV set-top box, new OS updates and of course a updated iPhone. The rear-facing camera has been improved to 12 megapixels which can take 4K video and the front-facing camera is now 5 megapixels. The iPhone 6S also has 802.11 a/b/g/n/ac WiFi with MIMO along with Bluetooth 4.2.

One of the biggest new features that is both on the iPhone 6S and 6S Plus is the addition of 3D Touch which essentially an evolved version of Force Touch that was first introduced on the Apple Watch. 3D Touch will allow you to have all new interactions with you device. For example, if you were to tap and hold on an app, you’ll get access to app shortcuts on the homescreen.

If you were to press hard on to the screen, you can do things like “peeking” at an email without actually opening it while in the Mail app and then when you let go, it will still be shown as unread. Third-party apps will also be able to take advantage of 3D Touch, some apps that Apple showed off included Dropbox and Facebook.

The iPhone 6S now comes in Rose alongside the same colours as last year, Gold, Gray and Silver.

The iPhone 6S and 6S Plus are nearly identical with the only difference being that the 6S Plus has OIS (Optical Image Stabilization) while the iPhone 6S (still) does not.

It will also be available in the same configurations (colours and capacities) as the iPhone 6S.

The iPhone 6S Plus will also be available for pre-order starting September 12th and launch on September 25th.

This is now the largest iPad to date. It has a 12.9 inch display with a resolution of 2732 x 2048 which means that the iPad Pro has 5.6 million pixels which is more than the 15-inch Retina Macbook Pro. With the bigger screen size, Apple was able to create a full-sized on screen keyboard to allow for a better typing experience. You’ll also be able to take full advantage of the new multi-tasking features of iOS 9 including SplitView and Picture-in-Picture. To help power this gigantic iPad is a A9X processor and a battery that Apple says will give users 10 hours of battery life while weighing only 1.57 lbs and being 6.9 mm thin. There is also a new four speaker audio system (two on each side) and depending on how you are holding the iPad Pro, the speakers will adjust the sound accordingly. Apple says the speakers are three times louder than the iPad Air 2’s speakers. Apple also introduced two new accessories especially made for the iPad Pro. The first is a new Smart Keyboard Cover which is essentially a iPad Smart Cover but just with a keyboard. The cover will retail for $169 USD.

The second is the Apple Pencil which essentially is a fancy Apple branded stylus but there is some great technology built-in. The Apple Pencil can actually detect if you are applying more pressure onto the iPad Pro or not. This is great for sketching and other drawing apps.You can charge is with the lightning connector on the end of the stylus. The Apple Pencil will retail for $99 USD.

The iPad Pro will be available sometime in November. 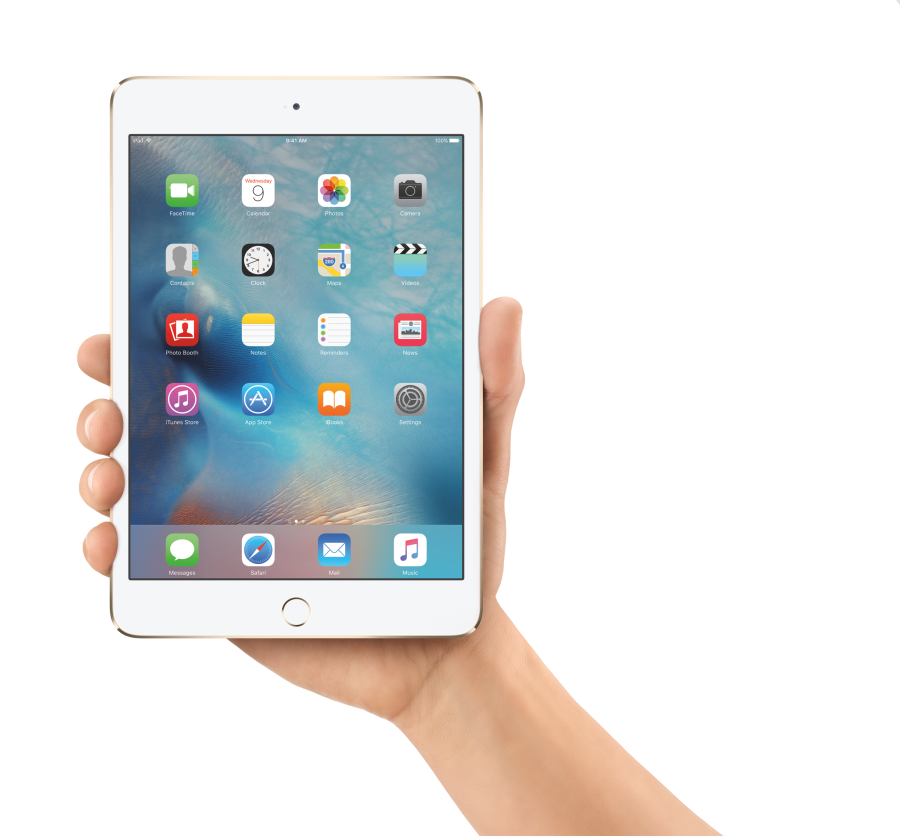 The iPad Mini 4 still has a 7.9 inch Retina display. It now has the same internals as last year’s iPad Air 2. It will also have support for iOS 9’s SplitView and other multitasking features.

The iPad Mini 4 starts at $399 USD and will be available later this year.

Apple hasn’t overhauled the Apple TV since 2010. That was when Apple first revealed the “black puck” that we have all come to know and love. The new model still has the same design but it has slightly changed. It looks like a taller version of the 3rd gen Apple TV.

The new Apple TV is running on tvOS which is a new platform for the set-top box. It is a combination of iOS and OS X. The new OS gives the Apple TV a brand new interface with bright menus, universal search and support for third-party apps.

There is also a new remote that has a glass touchpad and buttons for your TV and a button to activate Siri. The remote is connected via bluetooth to the new Apple TV.

Siri on the Apple TV can give you recommended stuff on watch and other information that you may need. Even while you are watching a TV show and you say something as simple as, “what did she say?” to Siri and it will rewind a few seconds and temporarily put on captions. Apple showed this off at their keynote with an episode of Modern Family.

The features on the Apple TV look much better on video, so check out the replay of the keynote if you can (that way you can see a live demo).

Apple has also revealed the release date for both iOS 9 and watchOS 2. Both OS updates will be available via an OTA (over-the-air) update on September 16th. 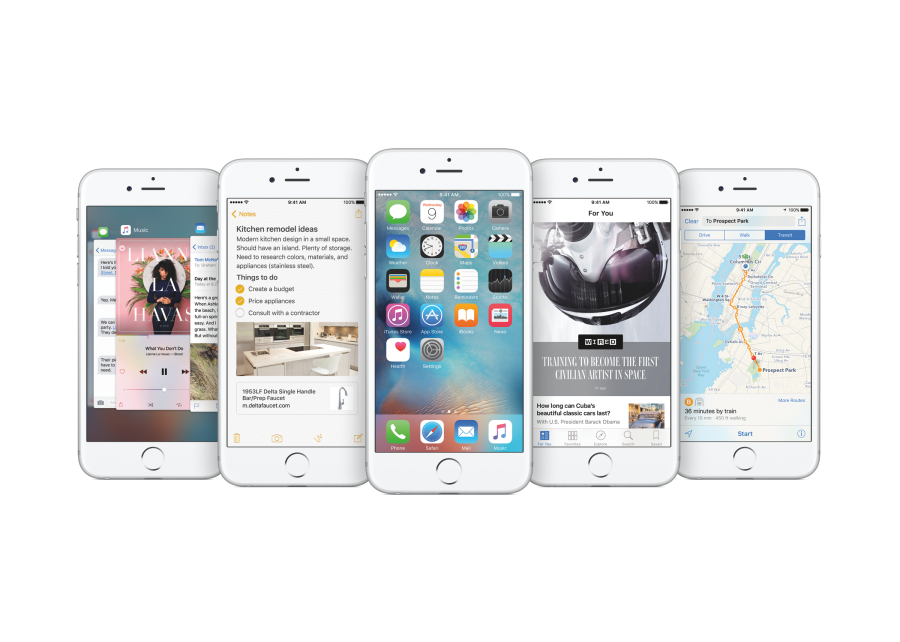 Apple also revealed the release date for the next version of OS X. El Capitan will launch on September 30th at a free download.

Some of the new features included in El Capitan are:

If you want to know more about all the cool new features in OS X El Capitan, then check out the video below.

Also you can read more about those features here: Apple WWDC 2015