There were a quite a few announcements made at Apple’s September 9th Event. The products that were announced were the iPhone 6 and the iPhone 6 Plus and the long-rumored Apple Watch. 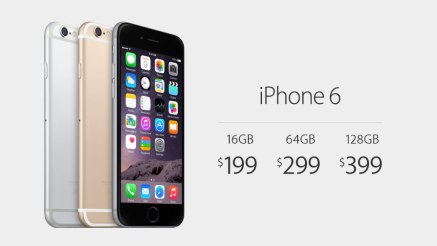 After many leaks and rumors, Apple made the iPhone 6 official. The new iPhone comes with a 4.7 inch Retina HD display with a resolution of 1334-by-750 at 326 ppi, a new A8 chip, Touch ID (like the 5S from last year),  Fast LTE (which included support for VoiceOver LTE), a new 8 megapixel iSight camera with “Focus Pixels”, Apple Pay (which is Apple’s equivalent of Google Wallet or other tap-to-pay systems).

Apple also announced another iPhone that is has bigger screen than the iPhone 6. The Retina HD display is 5.5 inches, with a resolution of 1920-by-1080 at 401 ppi. It has mostly the same internals as the new iPhone 6, so same processors, same camera but the iPhone 6 Plus’ camera has OIS (Optical Image Stabilization) which the iPhone 6 does not have.

Both the iPhone 6 and the iPhone 6 Plus will be available for pre-order starting this Friday (the 12th of September) and both iPhones will be released on Friday September 19th 2014. 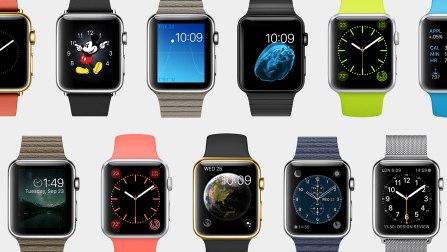 All of those rumors can be put to rest because Apple’s first smartwatch is finally official. It is called the Apple Watch.

It has a flexible Retina Display with Sapphire Crystal for extra protection. It uses something called a “Digital Crown” to primarily control the watch’s interface, however the watch does have a touch screen as well. Another feature is that it will have wireless charging and the standard charger that comes with it, uses the MagSafe technology like on the chargers for the Macbook Air, Pro and Pro with Retina.

The first version of the Apple Watch is the standard one, which is simply named the Apple Watch. It has a polished stainless case and is suitable for everyday usage.

The next is called the Apple Sport Watch. It has a “ion-strengthened” display to help make it more durable for a more active lifestyle.

It will come in 3 versions and will available in two wrist strap sizes. The pricing starts at $349 and will be coming in early 2015.